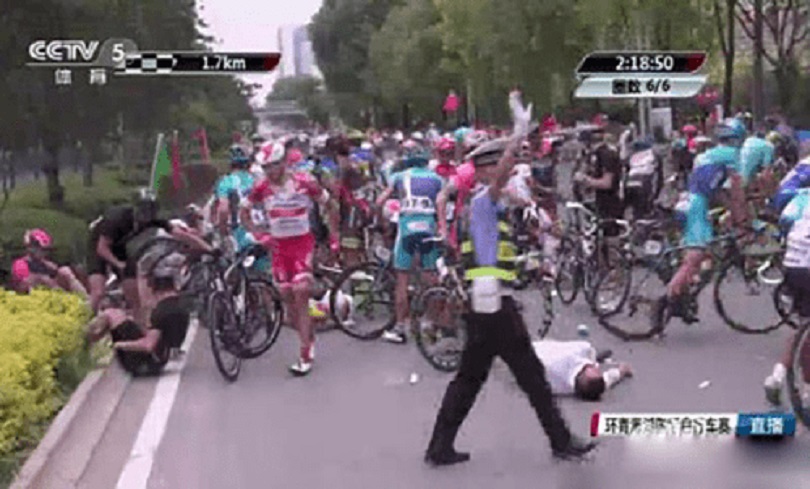 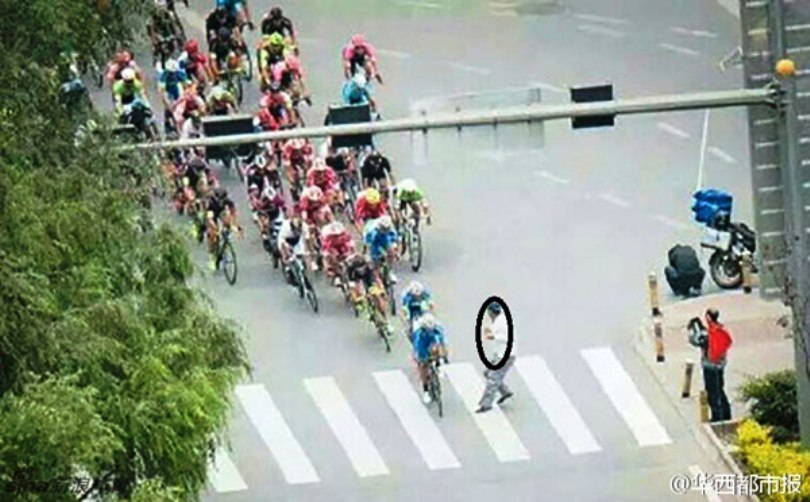 A Chinese pedestrian who walked seemingly unaware into the middle of the road as a pack of professional cyclists hurtled past caused chaos and a huge pile-up in China.

As the first stage of the Tour of Qinghai Lake approached the finish line in Xining a spectator decided to try to use a pedestrian crossing traversing the route, footage showed.

The leaders managed to avoid him by centimetres but he carried on into the middle of the peloton, sending riders tumbling like dominoes.

Scores of the field were brought down and organisers said on social media that six cyclists were injured in the incident, which happened towards the end of the first stage on Sunday.

The 19-year-old was detained by police while security officials and the officers responsible have been suspended, they added.

The 14-day competition features 23 teams racing through northwestern China and is a 2.HC contest, the second grade in UCI rankings. It started in 2002 and is billed as the “world’s highest-altitude bike race”.

The Tour de France had its own drama days ago when reigning champion Chris Froome, together with two other cyclists, crashed into a motorbike that was brought to a standstill by a wall of fans.

Froome initially seemed to have lost the race lead after his bicycle was broken by the crash, leaving him at one point running desperately along the road waiting for a replacement bike. – Agence France-Presse