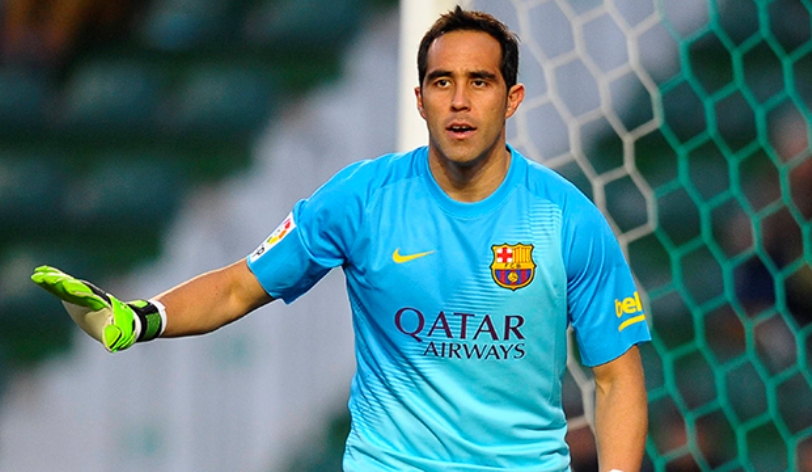 Claudio Bravo must wait to make his Manchester City debut as he prepares to watch his new club’s home Premier League game with West Ham United on Sunday from the stands at the Etihad Stadium.

The Chilean goalkeeper has completed the formalities over his reported £17 million ($22 million, 19 million euros) move to the Premier League, but his lack of training with his new team means manager Pep Guardiola has not considered him for a starting place.

That will almost certainly mean more frustration for unwanted England keeper Joe Hart, who has been told he can leave the club, with Willy Caballero poised to keep his starting place, as he has done in the opening two league games under Guardiola.

“He’s fit but he’s not going to play this weekend,” said Guardiola of Bravo.

Guardiola, who will be seeking to make it five wins from five competitive games with City, said Bravo fitted the bill for him as a goalkeeper and added Chilean players have as a rule flourished under his guidance.

“He has experience, anticipates situations not in the box, in front of the box, good in the build-up plays, quick under the posts, he is a good player for us,” said Guardiola.

“I was lucky to have under my command Chilean players like Alexis Sanchez and Arturo Vidal before and now Claudio Bravo. I spoke to Claudio and he’s going to be a good player for us.

“I had a good experience with my previous Chilean players and I expect to have it with Claudio as well.

“And with the goalkeeper with more than 100 caps for the national team and a team that can compete with Argentina or Brazil he’s a really good asset for us.”

Guardiola has almost a fully-fit squad from which to choose, with 30 players having taken part in training on Friday.

His only absentee is teenage striker Kelechi Iheanacho, who suffered a minor hamstring problem in the midweek win over Steaua Bucharest that will sideline him for two weeks.

One area where Guardiola wants his players to pay more attention to is in being mindful of the new rules over shirt-pulling in the penalty area.

“The referees came here and spoke to the players about the new rules so they know that,” said Guardiola.

“But we are going to speak to the players again, I don’t know what is going on, if it is happening more often, more times than it did.”

Slaven Bilic’s West Ham will head north still smarting from their premature exit from the Europa League at the hands of Astra Giurgiu.

A repeat of last season’s victory at the Etihad Stadium will provide a timely lift, as will the imminent arrival of Juventus striker Simon Zaza.

“It was our plan for a long time now to get a top-quality striker and there were a few of them on our list, and Zaza was always mentioned there.”

Bilic also expects Dimitri Payet and Manuel Lanzini to be close to full fitness but will not risk both playmakers.

“Maybe one of them will be in the squad for Sunday’s game.

“We still have one training session, but the situation is that after this game we have a couple of weeks and the temptation is not to play them because is it worth the risk?