Home Football Cheng Hoe warns of the danger in Paroi 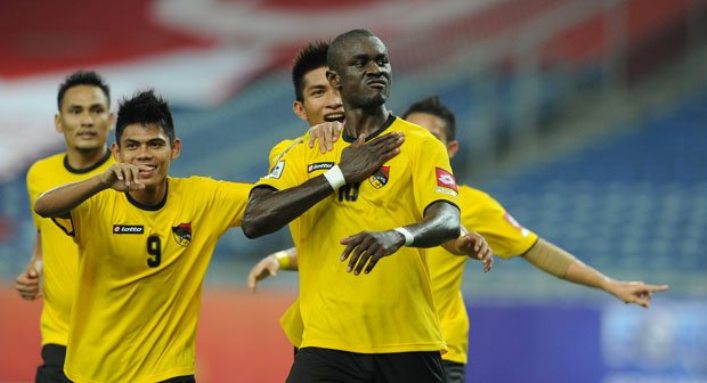 International Baddrol Bakhtiar scored a stunning winner in injury time in Kedah’s 2-1 win over Kelantan in a mid-week Super League match in Kota Bahru on Wednesday – a win that enabled the Red Eagles tighten their grip on third place.

Kedah left Kota Bahru in high spirits and arrived in Seremban on Thursday – in high spirits with head coach Tan Cheng Hoe pleased with the commitment and discipline and the tremendous fighting spirit – which he hopes will be the key factor for Sunday’s first-leg Malaysia Cup quarter-final at Stadium Tuanku Abdul Rahman in Paroi.

Cheng Hoe is one of the local coaches who dares to throw in young talent and one person who has won a place in his first team is goalkeeper Ifwat Akmal who has dislodged Farhan Abu Bakar – a former international.

“Farhan will have to fight his back into the first team. At present Ifwat has earned a place as the first choice on merit. Frankly, Ifwat has performed remarkably well between the posts. He has also been able to handle big match pressure well,” said Cheng Hoe from Seremban.

The Red Eagles did not return to Kedah after the Kelantan match to cut down on travelling time and give the players enough rest for the match in Paroi.

“Negri’s campaign for a top two finish in the Premier League has come to an end. This means they will be totally focused on the Malaysia Cup. This is where the danger lies and I have warned my players to be in top gear.

“We cannot afford to take our foot off the pedal. This is the Malaysia Cup and playing at the knockout stage is a totally different ball game.

“I must admit that beating Kelantan away has given the team is a big morale booster for the Malaysia Cup match against Negri. However, our defense will have to work extra hard to keep Negri at bay.”

Baddrol scored from a long range attempt deep into added time against Kelantan – just when the match was headed for a draw. The match also saw Kelantan’s Bulgarian coach Velizar Popov banned to the stands.

“A positive result in Paroi is within our reach,” added Cheng Hoe.