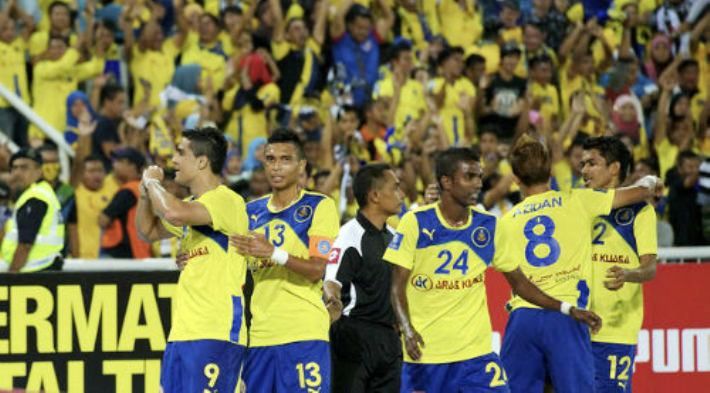 Under performing star studded Johor Darul Takzim have made several big changes to their set-up and the team and have axed big names like Pablo Aimar and Baihakki Khaizan during the recent second transfer window.

This makes this Monday’s showdown against Pahang in the FA Cup first-leg semi-final match at the Larkin Stadium a ‘mouth-watering” clash between the two much followed football giants in the M-League an interesting affair.

The Johor outfit finished runners-up to Kelantan in last year’s FA Cup, losing the final 1-0. In the semifinals, the Southern Tigers advanced to the final after knocking out Pahang on an away goal in the return-leg semi-final which was played at the National Stadium in Bukit Jalil due to crowd trouble in Kuantan.

Pahang coach Zainal Abidin Hassan, who took over as head coach after Australian Ron Smith left the team after two months, is having a dream run with the Elephants and wants his players to “keep the momentum going” at the Larkin Stadium.

“We have to be wary of a new look JDT.  They have a new head coach (Bojan Hodak) and have also brought in new foreign players. Hodak is well known in the M-League. He is a shrewd tactician and knows the ins and outs of all the teams in the (M) league.

Brazilian Antonio Elias Santos, with a wealth of experience behind him, having played in the German Bundesliga, has replaced Singapore international Baihakki, in the heart of the JDT defence and Zainal has been drilling into his players to grab every scoring opportunity as the FA Cup goes into the away goal ruling.

“It’s a new ball game against a new-look JDT. We have to be wary of them playing at Larkin. The crowd will not be a problem as we have played to such crowds before…but we have to be mentally and physically strong to take the challenge to take the advantage from the first-leg,” Zainal told Sports247.my.

“For sure we will be playing a defensive game. Pahang will play their normal game. The players have to throw in an extra effort to score away goals.”

And one plus factor Zainal, the former national skipper, is the character his players showed to bounced back to thrash Sime Darby 4-1 in a league match in Kuantan before the three-week break for international assignment for the national team, after the ‘demoralising’ 4-1 defeat to Lions XII in Singapore.

“They recovered fast and recovered well to take stock of the loss to Lions. It also served as a ‘wake-up’ call for the team.”

Pahang did not make any changes during the second transfer window and Zainal is counting on his charges to continue their smooth run from where left against Sime Darby.

Pahang too have their scoring machine in Argentine striker Matias Conti and their Rock of Gibraltar in Jamaican defender Damian Stewart.