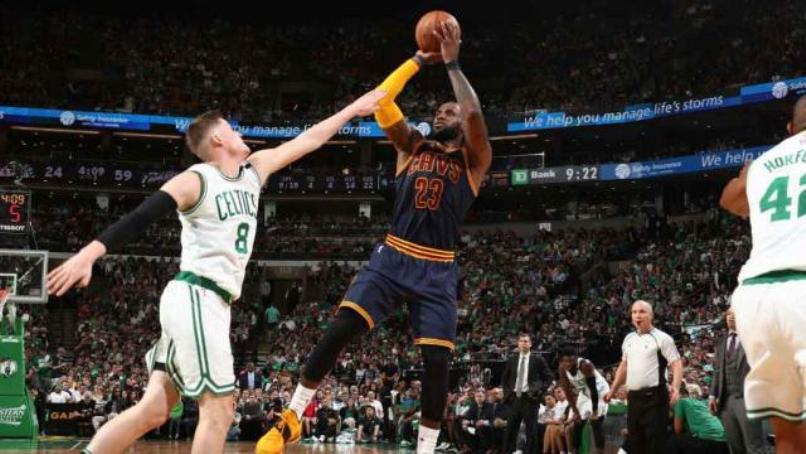 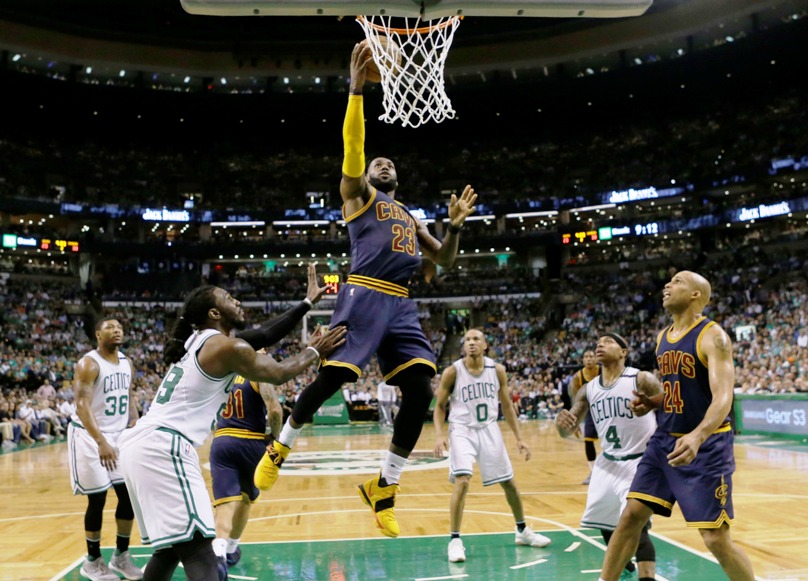 LeBron James continued his dynamic playoff run scoring 30 points as the defending champion Cleveland Cavaliers exploded for a 130-86 blowout of the Boston Celtics to take a 2-0 lead in their NBA playoff series.

James scored 22 points in the first half on Friday night as the Cavaliers led 72-31 at the break — the largest halftime advantage in NBA postseason history.

It was the biggest playoff win ever for the Cavaliers, who now have the luxury of hosting games three and four in Cleveland.

“I am a guy that lives in the moment. Our team is in a great groove right now,” James said.

“We want to try to get better. I said before that we had another level and (people) looked at me like I was crazy,” he added.

“I believe we have another level as well. We can continue to get better. No complacency with us right now.”

The Celtics team had its heart ripped out for the second game in a row at the Boston Garden. It marked the worst home playoff loss in franchise history, falling three points shy of matching Boston’s worst postseason defeat.

James’s performance came in front of a crowd of 18,600 and just hours after he was snubbed as a nominee for the league’s MVP award.

“What can I do about it? My only job is to be MVP of this team every night. I know what I bring to the table,” he said.

“I look at LeBron like Shaq (Shaquille O’Neal),” said Lue. “I think every year he’s the MVP and you could give him the award every year if you wanted to.”

James has scored 30 points in eight straight games as he looks to visit the finals for the seventh-straight season. He has never lost a playoff series when his team has been up 2-0.

Heading into the game, James was averaging 34.8 points, 9.0 rebounds and 7.1 assists per game in these playoffs.

He dished out seven assists and added four rebounds, four steals and three blocked shots, while Kevin Love had 21 points and 12 rebounds and Kyrie Irving 23 points.

The win was the Cavaliers’ 13th straight in the playoffs, dating back to the last three games of the finals last year. The streak equals an NBA record.

Boston guard Avery Bradley said he was stunned the Celtics weren’t able to bring more offense to the table.

“It is embarrassing,” he said. “The games is over and we already been embarrassed. Not much can happen now.”

Adding to Boston’s woes, Isaiah Thomas was lost to a right hip strain at halftime. Before that, he was hounded by the Cavaliers, missing all six shots in the first half. But he did assist on six of his team’s 11 baskets in the half.

The Celtics, who lost the first two games of their first-round series with the Chicago Bulls at home, had won five straight at home since then before losing the opener of this NBA semi-final series. – Agence France-Presse