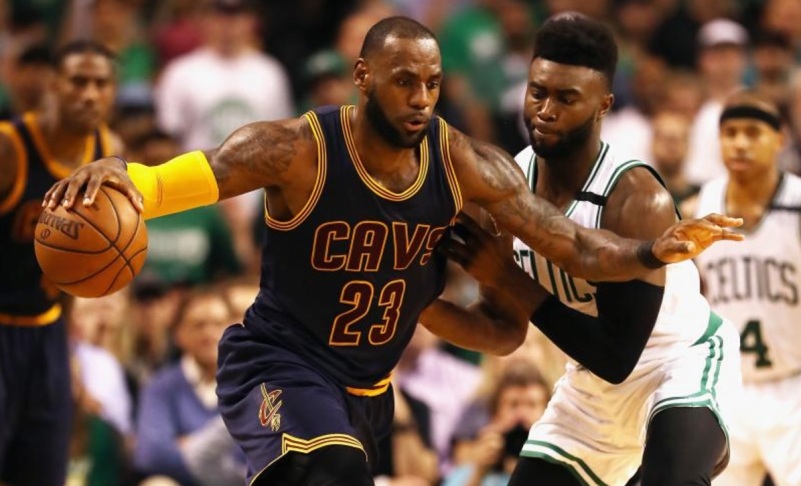 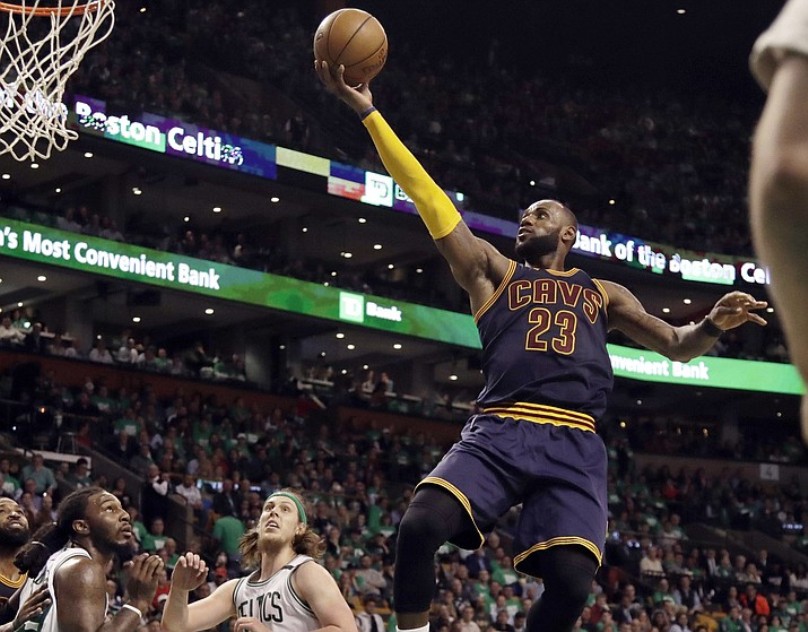 The Cleveland Cavaliers, fueled by another milestone night for LeBron James, powered into a third straight NBA Finals meeting with the Golden State Warriors with a dominant 135-102 win over the Celtics in Boston on Thursday.

He finished the game with 35 points, booking his seventh straight finals appearance as the reigning champion Cavs wrapped up a 4-1 victory over the Celtics in the best-of-seven Eastern Conference finals.

For the third straight year they’ll face the Warriors for the crown.

“We all need to soak this up. This is a great moment, and this is not promised,” James said.

The Warriors, who beat Cleveland for the title in 2015, swept the San Antonio Spurs in the Western Conference finals and host game one of the championship series in Oakland next Thursday.

Cleveland jumped to a quick 14-5 lead and were up by 43-27 after the first quarter — posting a franchise record for points in a quarter of a playoff game.

Cleveland’s 75 first half points were the most in an NBA playoff game half since 2003 and gave them an 18-point cushion.

James had come into the contest needing 28 points to pass Jordan — winner of six titles with the Chicago Bulls in the 1990s — for first on the post-season scoring list.

He did it with a three-pointer late in the third quarter — the first of a string of three straight from beyond the arc.

In addition to leading all scorers he had eight assists and eight rebounds. He had taken his post-season career points total to 5,995 by the time he took a seat for the entire fourth quarter — along with the rest of Cleveland’s starters.

The Cavs’ ‘Big Three’ were strongly backed by their reserves. Deron Williams added 14 off the bench for Cleveland, who led by as many as 39.

“(We) went through some tough times in the regular season, but we knew we had confidence to be great,” Cavs coach Tyronn Lue said.

As Cleveland faltered in the regular season, the Celtics had seized the top seed in the East. But it meant little as Boston never led in any of their home games in the series.

James, Irving and Love took command from the opening tip-off on Thursday.

Love scored Cleveland’s first eight points and finished the opening frame with 10 points and five rebounds. James scored 11 points with six assists in the period and Irving, showing no sign of the twisted left ankle he suffered in the third quarter of game four, scored nine as Cleveland shot 64 percent from the field in the first quarter.

Boston’s Avery Bradley tried to fight back with 14 points in the second quarter. He finished the game with 23, but the Celtics never came close to mounting a rally.

The Cavaliers, who rallied from a 3-1 series deficit to beat the Warriors in last year’s finals, set an NBA record in winning their 13th straight playoff series potential closeout game.

The Los Angeles Lakers had set the previous record of 12 straight wins in potential elimination games from 2000-2004. – Agence France-Presse