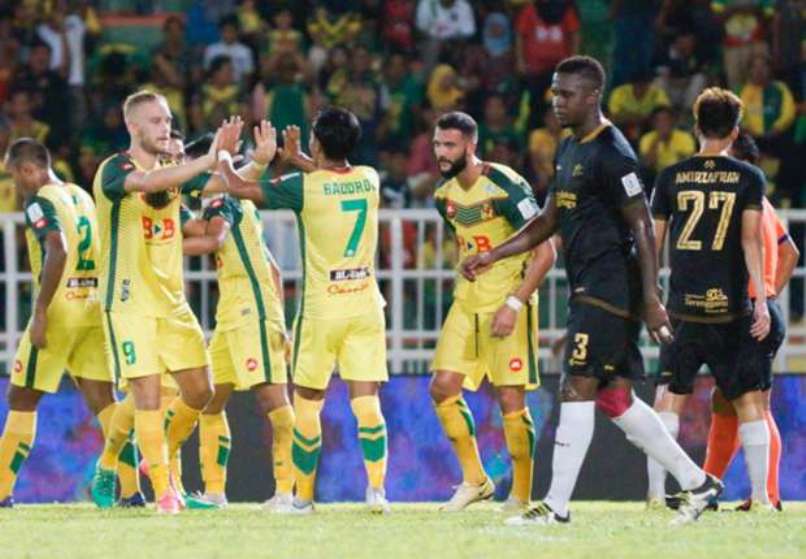 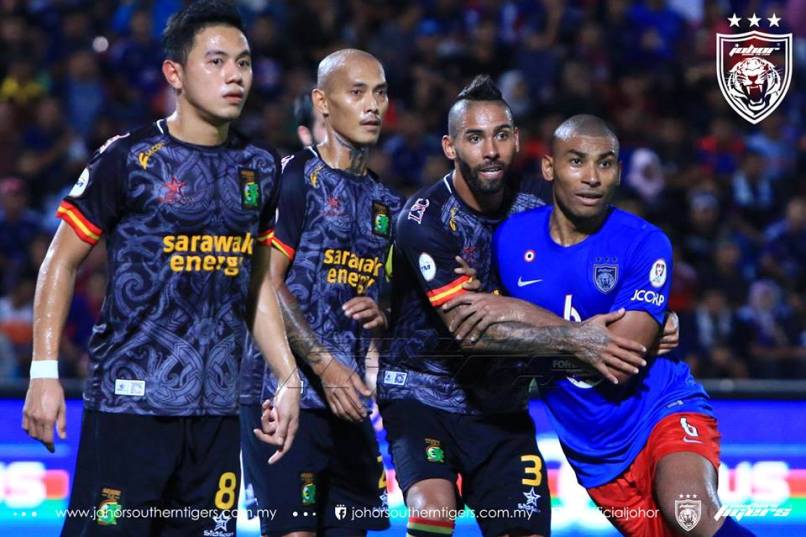 Super League leaders Johor Darul Takzim scored the biggest win in the first round Malaysia Cup matches on Tuesday on a night when defending champions Kedah put their shock defeat to Perak in the league behind them to thump Melaka 2-0 at home.

Sarawak were at the receiving end at the Larkin Stadium in Johor Bahru in a Group D match as the Southern Tigers romped to a 4-0 win over the Crocs who upset Kelantan 2-0 in a league match in Kota Bahru on Saturday.

The homesters needed only 12 minutes to open the flood gates with their long serving Marcos Antonia heading home the first goal with power packed header from a corner kick. Argentine Gabriel Guerra made it 2-0 from in the penalty spot after Ronny Harun was hauled up and added his second on the night on 73 minutes. Natso Insa completed the rout with the fourth goal after 84 minutes.

In another Group D match played at the Selayang Stadium 33-time champions Selangor were held to a 1-1 draw by Premier League side Terengganu. The Red Giants took the lead through their new signing from Spain Rufina Segovia in the 43rd minute but Issey Nakajima Farran made it all square for the Turtles with the equaliser in the 63rd minute.

At the Darulmakmur Stadium in Kuantan the match between Pahang and Premier League leaders Negri Sembilan ended in a 2-2 draw. Matheus Alves hit a brace for Pahang with strikers in 59th and 65th minutes after Jonathan Behe gave the visitors the lead just before the half-time break.

Negri, enjoying a good run this season, shared the spoils through a 77th minute equaliser by Lee Tuck for a share of the spoils in their opening Group A match.

PKNP (Perak) shocked Terengganu outfit T-Team with a 2-1 win at the Sultan Ismail Nasiruddin Shah Stadium in Kuala Terengganu. The visitors rode a brace by Shahrel Fikri (23rd and 52nd) while Mohamadou Samassa pulled one back for the Titans in the 51st minute.

Perak scored two late goals through their foreign imports – Thiago Junior (71st) and Gilmar Filho (80th) for a 2-0 win over Super League club side PKNS FC at the Perak Stadium in Ipoh for a bright start to their Malaysia Cup campaign in a Group B match.

In another match in the same group Felda United were held to a scoreless draw by Premier League’s Kuala Lumpur at the Tun Abdul Razak Stadium in Jengka.

Kedah, the defending champions shrugged off their 3-2 defeat to Perak at home in a league match to beat Melaka 2-0 at the Darulaman Stadium in Alor Setar. Sandro da Silva Mendoca scored the first in the 28th minute when he drilled a grounder into the left corner of the net.

International Baddrol Bakhtiar who did not play against Perak last week because of injury got his name into the scoresheet with a right footed attempt on 64 minutes.