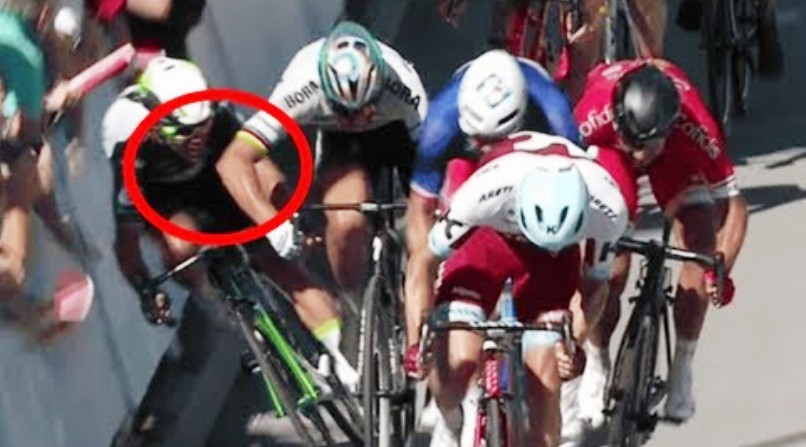 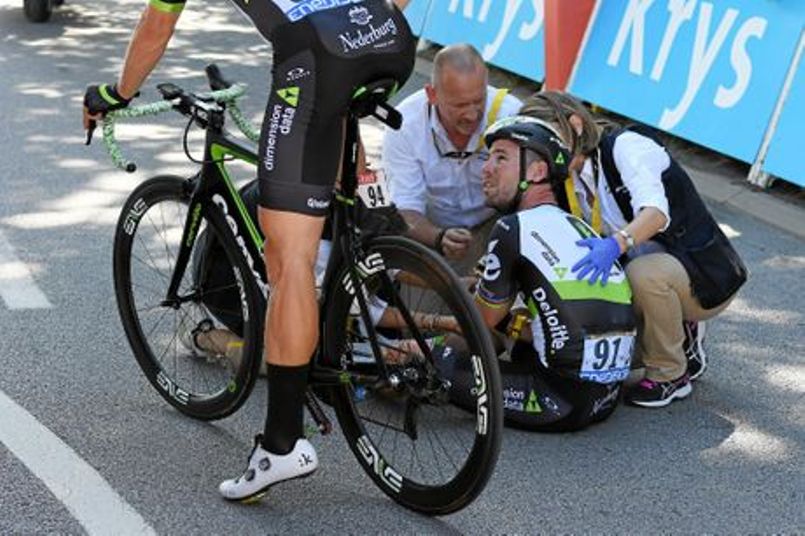 World champion Peter Sagan was sensationally kicked out of the Tour de France on Tuesday for causing a crash that saw Mark Cavendish taken to hospital.

“We’ve decided to disqualify Peter Sagan from the Tour de France 2017 as he endangered some of his colleagues seriously in the final metres of the sprint which happened in Vittel,” said the president of the race commission Philippe Marien.

“We will apply article 12.104 of the rules of the UCI… in which case commissaires (the race jury) can decide to enforce a judgement to disqualify a rider.”

Sagan had jutted out an elbow around 100 metres from the finish line of the fourth stage in Vittel, knocking Cavendish into the metal safety barriers and sending him crashing to the tarmac.

Cavendish finished the stage after receiving medical attention but injured a finger and his shoulder and was later taken to hospital by ambulance.

“I get on with Peter well but I don’t get it. If he came across it’s one thing, but the elbow?” Cavendish told reporters outside his Dimension Data team bus before going to hospital.

“I’m not a fan of him putting his elbow in like that. I get on with Peter, a crash is a crash, but I’d just like to know about the elbow.”

Initial reports said Sagan had been penalised 30 seconds and 80 green jersey points, although that has now been changed to a disqualification. – Agence France-Presse