The International Container Terminal Services Inc. (ICTSI), which is in the business of acquiring, developing and operating container ports and terminals worldwide, will title sponsor two Asian Development Tour (ADT) events in the Philippines in May and June.

The ICTSI Riviera Classic and ICTSI Orchard Golf Championship will offer prize funds of US$60,000 each where rising stars from the Philippines will compete against an international field from the ADT, which is the gateway to the premier Asian Tour.

The inclusion of the two ICTSI-sponsored events will raise the total of tournaments on the ADT to 16 events this season. The ADT was launched in 2010 with five tournament and was granted Official World Golf Ranking status in 2013.

The ICTSI Orchard Golf Championship made its debut on the ADT in 2012 where Singaporean Quincy Quek claimed his breakthrough victory. It was also the first ADT tournament which ICTSI sponsored on the ADT.

Enrique K. Razon, Jr., ICTSI Chairman and President, said: “We are pleased to title sponsor two events on the ADT, which is a very good platform for upcoming players to showcase their talents and launch their careers onto the Asian Tour.

“We are hopeful that Filipino golfers will make use of these playing opportunities to gain experience. With world ranking points on offer as well for all ADT events, it is a great opportunity for our golfers to pick up valuable points in their goal to qualify for the 2016 Olympic Games in Rio de Janeiro.”

Asian Tour Chairman Kyi Hla Han expressed his gratitude to ICTSI for its sponsorship on the ADT.

“On behalf of our players, I would like to thank ICTSI for its continuous support of golf across Asia. There are many upcoming young talents in the Philippines and we hope they can harness and nurture their games before taking it to a higher level on the Asian Tour,” said Han.

“We have been very excited with the growth of the ADT from a five-event Schedule in 2010 to 16 tournaments this season. With its expansion, our members have enjoyed additional playing opportunities to get themselves ready for the Asian Tour.”

ICTSI’s involvement with professional golf also extends to the Asian Tour where it is also the title sponsor of the storied Philippine Open, which will be taking place from May 15-18 this week. It is also a strong supporter of the domestic circuit, the Philippine Golf Tour, and also sponsors numerous Filipino players, including local hero Angelo Que. 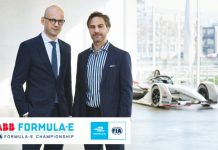