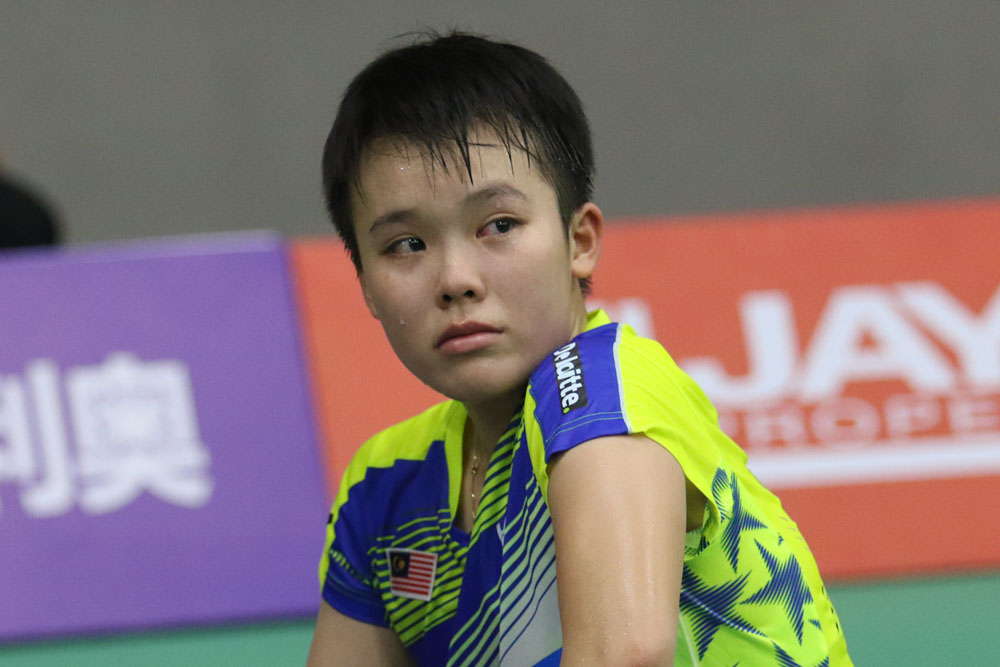 Former world junior champion Goh Jin Wei is keeping her fingers crossed that she will be be fully fit to play in the 29th SEA Games (KL2017) badminton competition at the Axiata Arena in Bukit Jalil from Aug 22-29.

Her name has been submitted – both for the team and individual events – but her fate lies with the doctors. Only a clean bill of health will see 17-year-old Malaysian take the courts at Axiata Arena.

This morning Jin Wei visited the physiotherapist and also has an appointment with the doctor either later today or tomorrow.

“I am prepared to face the consequences. If I get to play I will give my best. If it is otherwise I will take it in my stride and look on the brighter side of my badminton career,” said Jin Wei.

On Sunday, Jin Wei was one of the six 100PLUS Ambassadors who were at the All Malaysia 2017 Badminton Team Championship Finals at the Quill City Mall, Kuala Lumpur to give away prizes to the winners.

“I feel very much better but I am worried about my footwork. There is much improvement overall but the final decision lies with the doctors,” added Jin Wei who injured her left foot while playing in last month’s Badminton Asia Junior Championships in Jakarta.

“Right now I am in a dilemma. I would like to play in the Sea Games as we are the hosts. After winning the bronze medal at the last Sea Games in Singapore (2015), I would like to win the gold this time, said Jin Wei.

Whatever the outcome on her participation in KL201, Jin Wei, said “team spirit is high.” If she does not get the nod to play, Jin Wei will be at the Stadium to cheer the team.

Then there is also the World Junior Championships to be held in Jogjakarta, Indonesia in October. Jin Wei won the 2015 world junior title as a year-old in Lima, Peru. – BY RIZAL ABDULLAH