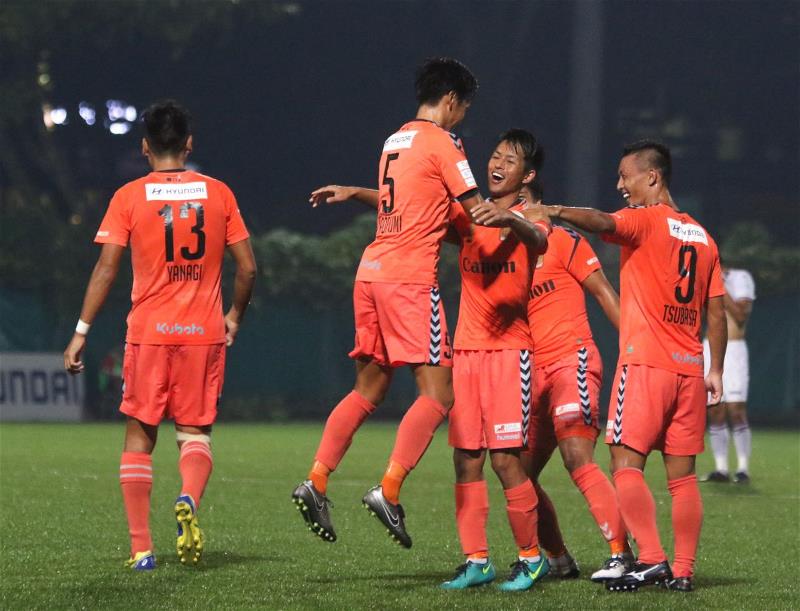 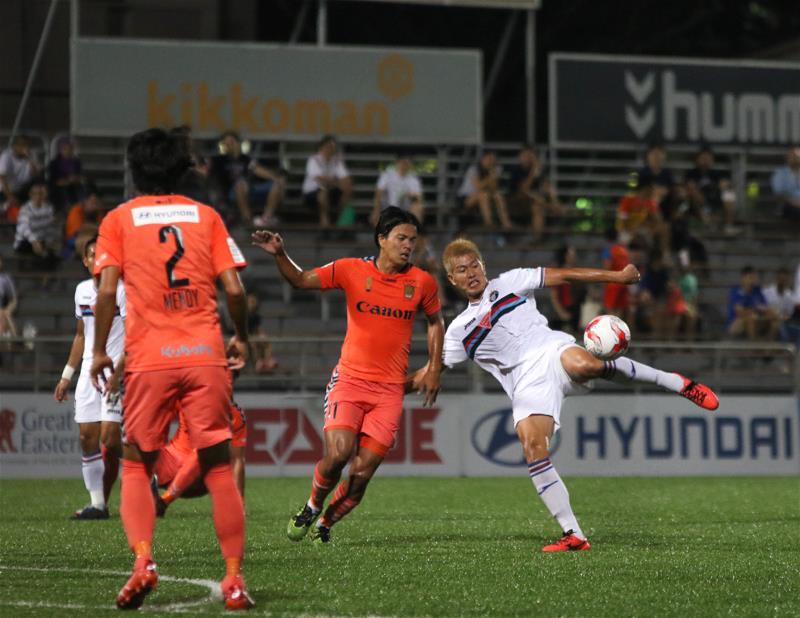 Albirex Niigata (S) pulled four points clear at the summit of the 2017 Great Eastern-Hyundai S.League standings after a nervy 4-2 victory over Warriors FC at the Jurong East Stadium on Saturday night.

The White Swans had established a four-goal lead through a brace from Tsubasa Sano and one each from Shoichiro Sakamoto and Kento Nagasaki and were in firm control of the game.

However, Jordan Webb and Shahril Ishak struck in the space of 11 second-half minutes to set up a grandstand finish.

Having made five changes to their starting lineup, Warriors conceded five minutes in when Sakamoto bundled home Nagasaki’s corner from close range.

The visitors could have levelled matters three minutes after the opener, but Hafiz Nor narrowly missed the ball after Webb had done well to cut it back into his path at the other end.

It was a chance they were left to rue as Sano extended Albirex’s lead on 14 minutes.

Latching onto Takuya Akiyama’s long punt, the forward proceeded to lob the ball over Warriors goalkeeper Zainol Gulam, who was making his first start of the season.

Razif Onn’s side managed to keep their opponents at bay thereafter and the next chance would come sixteen minutes later as substitute Ryota Nakai’s low shot was smothered by Zainol.

Sakamoto could have made it two goals to the good for Albirex in the 42nd minute after he found himself unchallenged in the box, but could only send a header just over.

The hosts were then reduced to ten men on the stroke of half-time when Tomoki Menda was shown a straight red card.

The numerical disadvantage mattered little as Albirex pulled further ahead in the 53rd minute with Nagasaki curling a sublime free-kick over the Warriors wall and into the bottom corner to make it 3-0.

Webb then had an opportunity to reduce the deficit on 56 minutes, but fired over from outside the box after Shahril’s shot was blocked.

Sano went on to add to his tally on the night on the hour mark as he sprung the offside trap before slotting past an onrushing Zainol to put some daylight between the two teams.

However, Warriors managed to pull one back in the 67th minute when Webb converted from the spot for his sixth of the season after Yasutaka Yanagi had handled in the box.

Sensing blood, the nine-time league champions pushed forward in numbers and were rewarded with another goal ten minutes later as Shahril’s free-kick from the left evaded everyone in the box and sailed into the back of the net.

Warriors huffed and puffed in the closing stages, but just failed to find the two goals they needed for a point as they slumped to their first defeat this season.