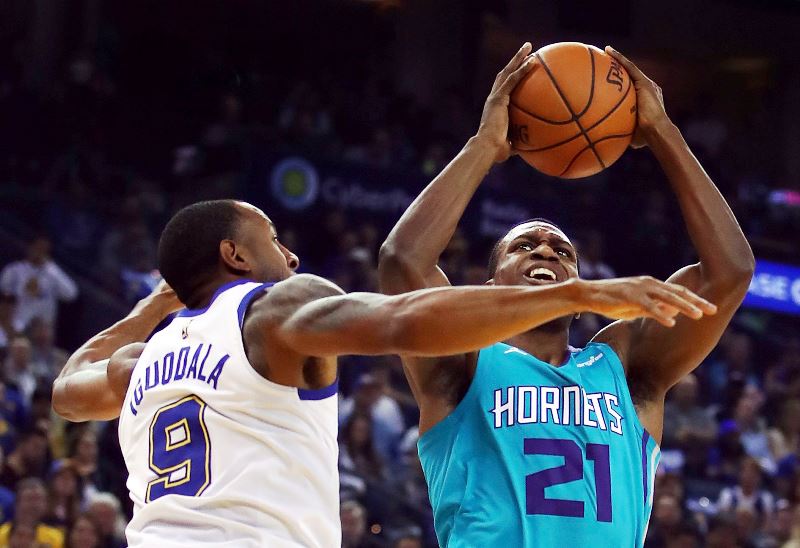 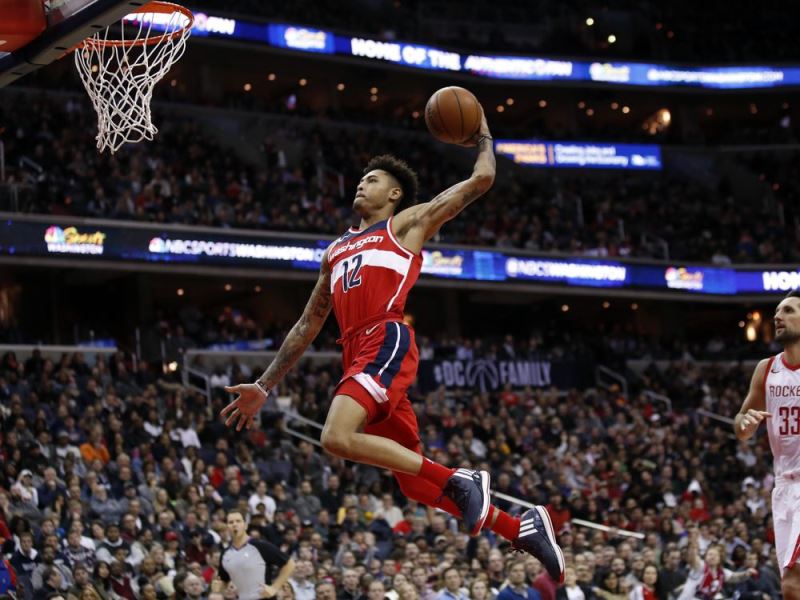 Howard, who added 12 rebounds and seven assists, led six Hornets players in double figures as Charlotte notched just their third away victory of the season and avenged a 101-87 home loss to the Warriors on December 6.

The Warriors conceded 46 points in the paint, and an even more damaging 18 turnovers that led to 32 Charlotte points.

“They took it to us,” said Warriors coach Steve Kerr. “They totally outplayed us.”

Draymond Green struggled with his shot but handed out 16 assists with 11 rebounds to go with his eight points.

But the Hornets reserves outscored the Warriors bench 39-27.

Reserves Frank Kaminsky and Jeremy Lamb produced nine points in an 11-0 scoring run early in the fourth quarter that stretched Charlotte’s lead from 84-81 to 95-81.

The Warriors wouldn’t get the deficit under double digits from there.

The brightest note of the day for Golden State was word that two-time NBA Most Valuable Player Stephen Curry is expected to play on Saturday against the Memphis Grizzlies.

“I would say most likely he’ll play,” Kerr said. “I talked to him today and he was feeling good.”

Durant said the Warriors weren’t the same without Curry, who has missed 11 games with a sprained ankle.

“We’re going to definitely be a different team when he comes back,” Durant said.

The Washington Wizards handed the Houston Rockets a fifth straight defeat, with 26 points from Otto Porter fueling their 121-103 win.

Bradley Beal added 21 points for Washington and Kelly Oubre Jr. scored 10 of his 21 in the fourth quarter — when the Wizards turned a nine-point lead into a rout.

“They made tough shots, but our defensive pressure was not where it needed to be,” Harden said.

“Not just tonight, but it has been like that on our little skid, so we just have to get back to our basics and get back to what we know, how we know how to play and we will be good.”

The Milwaukee Bucks ended the Thunder’s six-game winning streak with a 97-95 victory in Oklahoma City — but Giannis Antetokounmpo’s game-winning dunk in the final second sparked controversy when replays appeared to show him stepping out of bounds.

No whistle was blown on the play, so officials said they could not review it, and when Thunder star Russell Westbrook missed a desperate long-range effort as time expired the Bucks’ win was in the books.

“I guess we’ll see something on the ticker that says the referees missed that one,” said Oklahoma City’s Carmelo Anthony, who could be seen arguing with officials after the buzzer.

“We can’t do nothing about that at this point, so we might as well forget about it and move on.”

Antetokounmpo, who took an inbounds pass and drove past Oklahoma City’s Josh Heustis before rising over Westbrook for the decisive dunk, said he didn’t realize he might have stepped out of bounds.

“Coach trusted me having the ball late and making that play and do what I do best and go to the rim and try to make it happen,” he said.

In Chicago, Rookie Lauri Markkanen scored a career high 32 points and Nikola Mirotic came off the bench to add 28 for the Bulls in a 119-107 victory over the Indiana Pacers.

The Bulls tied a club record with 18 three-pointers.

The Dallas Mavericks drained a franchise record 22 three-pointers in their 128-120 victory over the Pelicans in New Orleans.