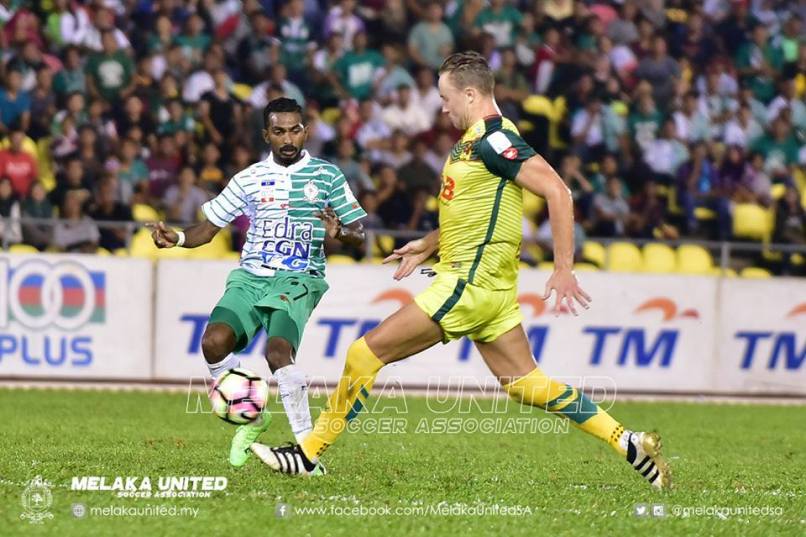 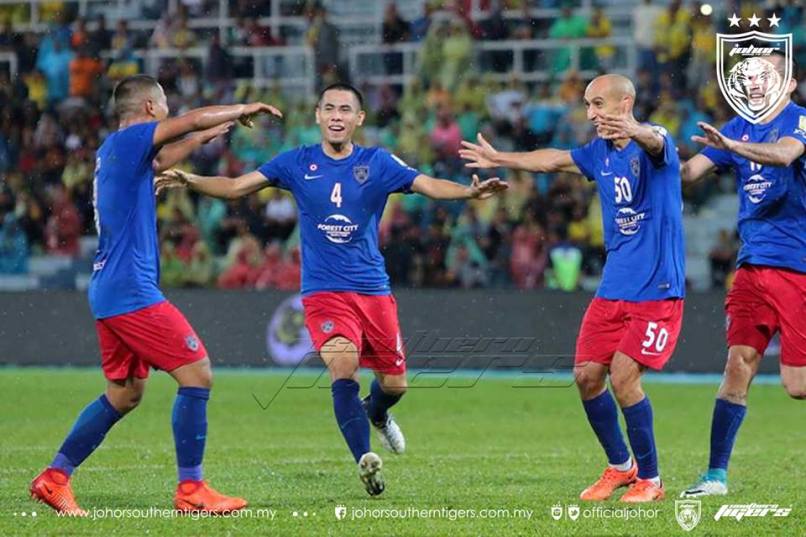 Pahang’s miserable run took another beating as champions Johor Darul Takzim walked away with a 2-0 win in Tuesday’s Super League biggie at the Darul Makmur Stadium to retain their nine point lead at the top of the table with 36 points.

While the Elephants slipped to third place on 24 points Kedah moved up to second place with 27 points following a 4-2 win over Melaka United at the Hang Jebat Stadium in Melaka while Selangor snatched a 1-0 win over Perak at the Perak Stadium in Ipoh.

JDT’s win over Pahang also ended the East Coast side’s unbeaten home record and with seven matches remaining in the league the Southern Tigers are well poised to runaway with their fourth straight league title.

Pahang are also struggling in the Malaysia Cup and have yet to win after two matches in Group A which ended in stalemates against Premier League outfits  – 2-2 against Negri Sembilan and 1-1 against PKNP (Perak SEDC).

It was a nightmare start for Pahang against JDT – conceding a second minute goal with Lebanese international Mohammed Ghaddar setting up Argentine Gabriel Cabrera who drilled home a grounder from inside the box.

Naxto Insa, another new buy by JDT, got the second on 85 minutes on a night when Pahang’s Gambian striker Mohamadou Sumareh was marked out and hardly got a chance. Matheus Alves had the ball in the JDT net on 62 minutes with a looping header but he was ruled offside.

Kelantan were handed another defeat – this time by Terengganu outfit T-Team. The Titans came back from a one goal deficit for a 3-1 win at the Sultan Ismail Nasiruddin Shah Stadium in Kuala Terengganu.

It was also nightmare for Sarawak at the State Stadium as Felda United rode on a grand hattrick from Brazilian Thiago Augusto. The lanky striker plundered his goals in the ninth, 35th and 65th minutes while the Crocs pulled one back through Aliff Hassan (70th).

Any hopes of a Sarawak fightback disappeared after Hairol Mokhtar was sent off for an early shower for a crude tackle on Augusto soon after the Aliff’s goal.

Perak fell to a 1-0 defeat to Selangor at the Perak Stadium in Ipoh. Liberian international Francis Forkey Doe scored the winner in the 62nd minute with a delightful lob – minutes after Selangor’s Indonesian international Andik Vermansyah was red carded for rough play.

There was also drama at the Hang Jebat Stadium with Melaka’s Marco Simic and Kedah’s Baddrol Bakhtiar scoring a brace each as both sides went into the break deadlocked at 2-2.

However, the Red Eagles scored twice in the second half through Akram Mahinan (55th) and Asri Marzuki (90th) for a well deserved 4-2 win to keep the challenge at the top. – BY RIZAL ABDULLAH