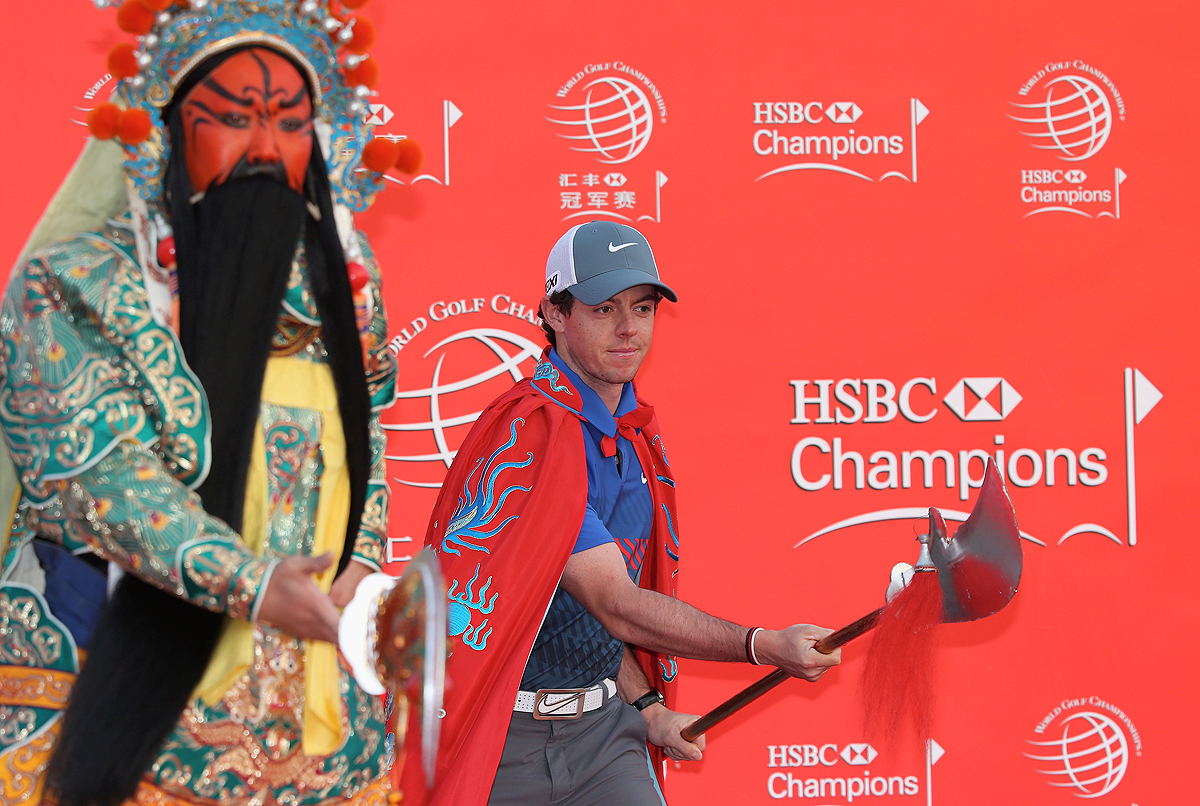 World Number one and winner of the 2014 Open Championship and 2014 US PGA Championship Rory McIlroy today confirmed his participation in the WGC-HSBC Champions at the Sheshan International Golf Club (Shanghai, 6-9 November 2014) as he aims to complete a changing of the guard on golf’s global leaderboard.

Joining McIlroy in the hope of winning the final World Golf Championships event of the year are the world’s top five players on the Official World Ranking: Adam Scott (2), Henrik Stenson (3), Sergio Garcia (4) and Justin Rose (5).

McIlroy explained, “I have had an amazing summer and I want to keep the momentum going into the final tournaments of the year. “Having won my first World Golf Championship at Akron in August, I am hoping I can add a second at the WGC-HSBC Champions in Shanghai. I’ve never finished outside the top six so I know the Sheshan course suits my game and I have a great chance if I keep playing well.”

The record-breaking Northern Irishman continued, “I look forward to returning to Shanghai every year and love everything HSBC do to make the event feel like ‘Asia’s Major’ as well as the unbelievable support we all get from the Chinese fans.”

This year, the WGC–HSBC Champions will celebrate its 10th anniversary and a decade of unprecedented golf development in China.

With Asia becoming ever more important in world golf, a recent analysis of how the makeup of the top 100 players has changed over the last few decades also shows a change in the guard as younger players make their mark.

McIlroy, the third youngest player to win four Major titles, is leading a new era of twenty-something golf Champions who hail from all over the globe.

In the last 20 years, the average age of the top 100 golfers has reduced from approximately 35 to 32 years of age. In 1994, there were only two players under 25 in the top 100 (Phil Mickelson and Robert Allenby). Now there are 10, not including McIlroy and Fowler, who both turned 25 this year.

The analysis also highlights the increasing globalisation of the game. When the Official World Ranking began the week before the Masters in 1986, only 15 nationalities were represented among the top 200 ranked players.

Today, that number has more than doubled to 32 countries with the number of Asian players rising from one to six and South American players from one to five.

HSBC Global Head of Sponsorship & Events Giles Morgan said, “Rory has had an incredible season and we are delighted he will be joining us, along with this star-studded line-up to celebrate the 10-year anniversary of the WGC-HSBC Champions.  We have seen such a change in the golfing landscape since our first event at Sheshan in 2005 and we feel extremely privileged to have been a part of the growth of golf in Asia.”

Guy Kinnings, Global Head of Golf, IMG added, “From the outset, HSBC has created something very special at Sheshan and the tournament has consistently attracted the world’s best players. Confirming the participation of the world’s top five and all of the year’s Major winners is the perfect way to launch the 10th anniversary celebration.”

China Golf Association Executive Vice President and Secretary General Zhang Xiaoning said, “We are very happy to be sharing this special 10 year anniversary celebration with HSBC. We have made a lot of progress growing the game of golf in China over the last decade and this tournament is a great example of how far we have come. China is the only country outside the USA to currently be hosting a one of the four prestigious World Golf Championship events and we would also like to thank HSBC for all their work in building the WGC-HSBC Champions into such a world-class tournament.”

Playing for a prize fund of $8.5 million, there is much at stake for the world’s best as they compete in the fourth and final World Golf Championships of 2014. A key part of the 2014 European Tour’s Final Series, the WGC-HSBC Champions is part of the PGA TOUR’s FedExCup schedule, with money earned counting as official money on the PGA TOUR. The winner earns a three-year exemption on the PGA TOUR.