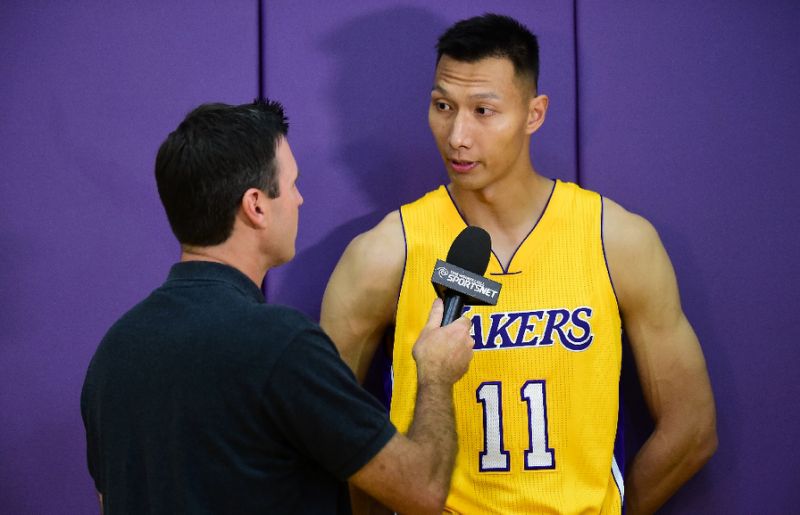 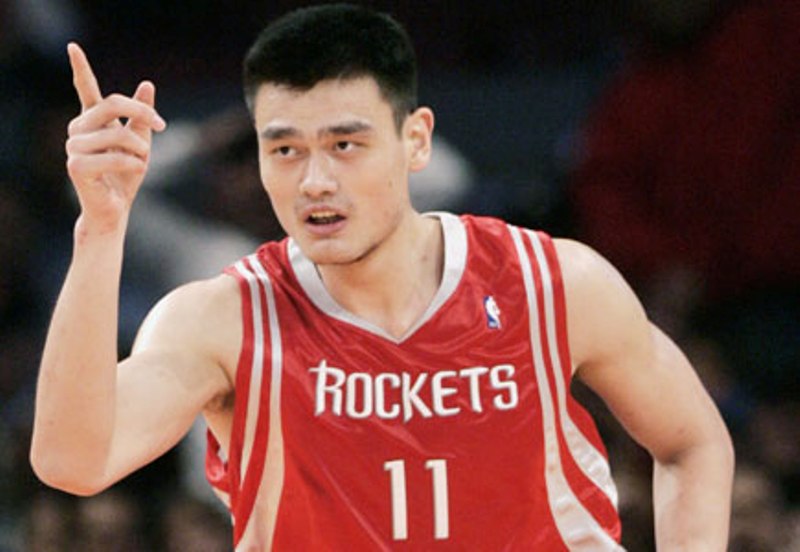 Yi Jianlian may not like being compared to Yao Ming but he isn’t shy about wearing his number 11 jersey this season with the Los Angeles Lakers.

Speaking during the Lakers’ practice on Friday in suburban El Segundo, the 28-year-old forward-center said the two agreed that Yi would wear Yao’s former number with his new NBA team.

“Yao asked me. We talked about it,” said Yi.

Hall-of-Famer Yao wore number 11 during his eight seasons with the Houston Rockets, averaging 19.0 points and 9.2 rebounds.

Yi was once dubbed “the next Yao Ming” but says he is a different player with his own unique skill set.

“To me it is different. Yao is Yao. The biggest player in China,” Yi told a packed scrum of English- and Chinese-language reporters on the practice court.

“I learned a lot from him. I talk to him a lot. We have a different mindset about basketball.”

The struggling Lakers signed Yi, of He Shan, Guangdong, to a one-year deal last month at $1.14 million that could be worth up to $8 million with incentives and bonuses.

The 6-foot-11 (2.11m) Yi is back in the NBA after a four-year hiatus. The native Cantonese-speaking Yi played in China with the Guangdong Southern Tigers from 2012-2016 and was the cornerstone for the Chinese national team at last month’s Rio Olympics.

Yi says his stellar performance in his fourth trip to the Olympics likely boosted his worth for the Lakers.

“I had success for sure in the Olympics,” said Yi, who averaged 20.4 points and 6.6 rebounds while shooting 46 percent from three-point range. “Team China was a young team. For myself, I just tried to play hard and try to get a win.”

Yao and Yi know each other well both on and off the court. They were Olympic teammates and squared off against each other in Yao’s final NBA game on November 10, 2010 between the Rockets and the Wizards in Washington.

Yi said Friday he never lost hope he would one day return to the NBA.

“I always expected it. I was always getting ready. I kept my confidence,” Yi said.

“I am excited, for sure. I have been out for four years. To come back and play for the Lakers is very exciting.

But Yi never really lived up to his potential in his five NBA seasons, averaging only 7.9 points and 4.9 rebounds with the Milwaukee Bucks, New Jersey Nets, Washington Wizards and Dallas Mavericks.

Yi says basketball in China is getting better each year as an increasing number of imports are joining their elite league and more Chinese players are traveling overseas.

“The league is getting better. A lot of NBA players go there now and play. It is not easy to play there. You can ask the players,” he said.

Yi said he doesn’t expect to have a problem adjusting to the faster speed and pace of the NBA game.

“I feel pressure but I feel very excited for that. I played a lot of games in China, in Asia, and in the Olympics so that’s a lot of experience.

“For me, this is a good opportunity.”

Yi thinks he can add some size to the roster and help with the Lakers’ three-point shooting.

“In the summer time, I talked to coach Luke (Walton). I told him I think I can fit into their system. I think I can really play over here.” – Agence France-Presse