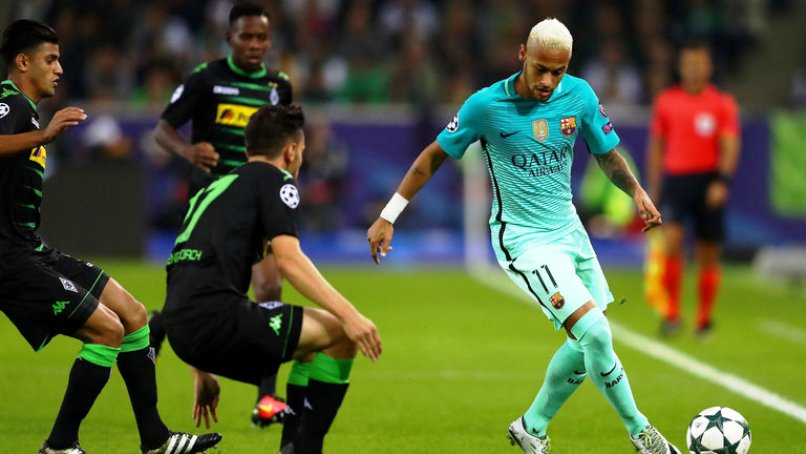 After another stellar week for Spanish clubs in the Champions League, Real Madrid, Barcelona and Atletico Madrid resume their three-way battle for La Liga supremacy on Sunday.

Real were the only Spanish side not to win in midweek, but got a creditable 2-2 draw at Borussia Dortmund to remain on course for the last 16.

However, the European champions have now failed to win any of their last three games as draws to Villarreal and Las Palmas have seen their lead at the top of the table whittled down to just a point by Barca.

Zinedine Zidane’s men conceded a late equaliser for the second time in four days in Dortmund, but defender Danilo insisted Eibar will bear the brunt of Real’s frustration when they visit the Santiago Bernabeu this weekend.

“We drew again, but we are playing well and we’re calm,” said the Brazilian international.

“We are not satisfied with the draws but Eibar will pay for that at the weekend.”

Real are still without the injured Brazilian duo of Casemiro and Marcelo, but Zidane is likely to rotate his squad again with Alvaro Morata, Marco Asensio and Pepe in contention.

Eibar have never taken a point off Madrid in their history, but travel to the Bernabeu full of confidence after a fine start to the season that has carried the Basque minnows to eighth in the table, just four points behind Real.

Barcelona continued to shrug off the absence of Lionel Messi as they came from behind to beat Borussia Moenchengladbach on Wednesday and face a third away game in a week when they travel to Celta Vigo.

Arda Turan came off the bench to turn the game in Barca’s favour with the equaliser in Germany and is expected to start in Messi’s place on the right side of the front line alongside Neymar and Luis Suarez in Vigo.

“All my players are full of confidence. I am happy with how all of them are performing,” said Barca boss Luis Enrique ahead of his return to the club he managed for a season before taking charge of the Catalan giants in 2014.

“We always miss Leo. When you win by the slimmest margin, you notice it more.”

Atletico secured the best Champions League result of the three Spanish giants as they repeated their 1-0 semi-final success over Bayern Munich from last season to seal a superb September.

After disappointing draws to open the campaign against newly promoted Alaves and Leganes, Atletico reeled off five wins in six games in the past month, only failing to win in a 1-1 draw at Barcelona, to close to within two points of city rivals Real at the top of the table.

“In life there are moments that are difficult to repeat and we are living one of those in terms of our ownership, football, fan base and a fantastic new stadium to come,” said Atletico boss Diego Simeone.

“They are moments that can’t be repeated.”

Atletico can go top for a few hours at least as they kick off Sunday’s programme away at Valencia.

Caretaker boss Voro will once again take charge of Valencia after leading Los Che to their first two wins of the season since Pako Ayestaran was sacked to move them out of the relegation zone.