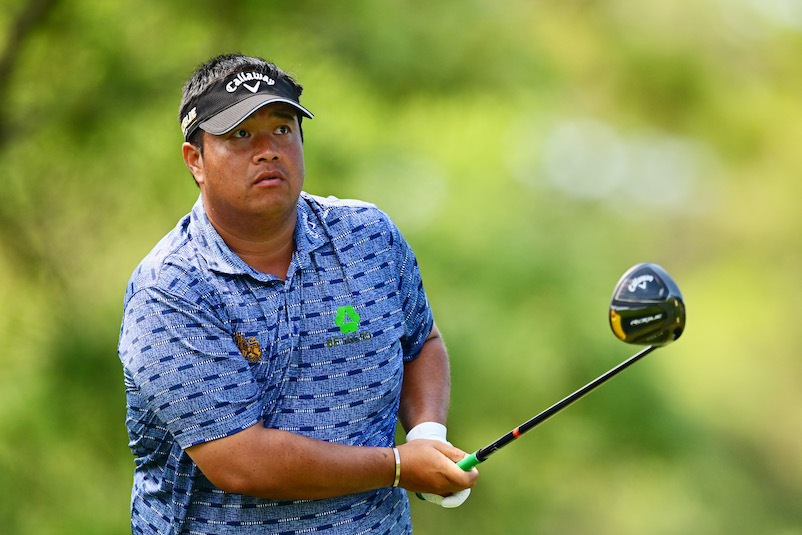 Korea’s Si Woo Kim and Thailand’s Kiradech Aphibarnrat, one fighting for a Presidents Cup spot and the other battling to retain his PGA TOUR card, fired matching 5-under 67s to charge into contention at the Rocket Mortgage Classic on Thursday.

The 27-year-old Kim produced six birdies against a lone bogey at Detroit Golf Club to end the first round three strokes back of Tony Finau, last week’s 3M Open winner, and Canada’s Taylor Pendrith, who set the early pace with identical 64s.

Kiradech, who turned 33 last week, also made his presence felt on the leaderboard when he mixed his scorecard with seven birdies against two bogeys to join Kim in tied eighth position.

It was a welcome return to form for the big-hitting Thai who ranks a lowly 202nd on the FedExCup Playoffs and Eligibility points list with two Regular Season events remaining. He needs to break into the top-125 to retain his TOUR card or the top-200 to qualify for the Korn Ferry Tour Finals, which offer 25 PGA TOUR cards through the three-tournament series.

“It’s a good start. I’ve been playing quite well for the last two or three months but haven’t been scoring. I have a Thai caddie (Prajak Khaoprathum) on my bag this week and we talked a lot on the course and that makes me very comfortable,” said Kiradech, who has missed his last five cuts.

“It’s pretty hard to have struggled for a long time and there are so many things I had to try to make adjustments.”

Playing alongside former U.S. Open champion Geoff Ogilvy of Australia, an inspired Kim produced a sublime display of golf which included two closing birdies. He rolled in a 32-foot putt for birdie at the par-four 8th hole before finishing with a flourish by chipping in from 13 yards.

“Since I played in the morning, the greens’ condition was very good. It went well overall, the shots were good, everything was in the right place,” said Kim, the 2017 PLAYERS Championship winner.

“And specially the last two holes, I was able to make the long putt so I’m happy about it. When I watched the PGA TOUR during my younger days, I always saw him (Ogilvy) and Tiger (Woods). So for me, I was honored to play with him. I had fun,” added Kim.

The three-time PGA TOUR winner is eager to make a last-ditch effort to break into the top-8 of the International Team standings to play in the Presidents Cup against the United States at Quail Hollow in September. He is currently 18th on the points list, with qualifying concluding at the BMW Championship next month. Kim was a member of the 2017 team which lost 19-11 to the U.S. at Liberty National Golf Club.

“I have experienced the Presidents Cup before and since I know how that works and feels, I’m eager to play once again,” he said. “Since we have only few events left, I wish to play great to make it into the team.”

“I’ll just have to keep pushing and play the best that I can until the end of the season.”

Countryman Joohyung “Tom” Kim carded a 69 to bolster his hopes of earning his PGA TOUR card. Playing on a sponsor exemption, Kim currently has 327 non-member FedExCup points, which would fall between Nos. 122 and 123 in the FedExCup Playoffs and Eligibility Points List. To earn his PGA TOUR card for the 2022-23 season, Kim needs to equal (or exceed) the number of points earned by No. 125 on that list at the end of the FedExCup Regular Season.

Thailand’s K.K. Limbhasut, who Monday qualified for the event, shot a 70 for a share of 53rd place.