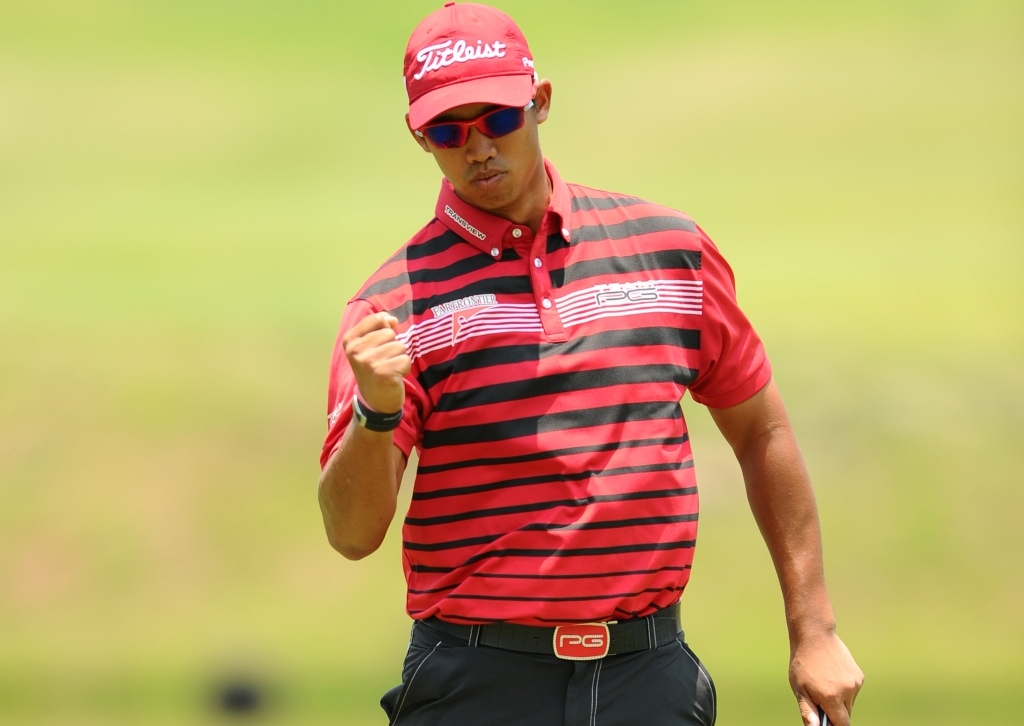 Malaysia’s Arie Irawan continued to hold on to his lead despite carding a second round one-under-par 71 at the RM200,000 (approx. US$60,000) PGM Sime Darby Harvard Championship on Thursday.

The Malaysian could not repeat his opening day heroics where he fired a sensational 63 but remains in control at the Asian Development Tour (ADT) season-opening event with his two-day total of 10-under-par 134.

South Africa’s Mathiam Keyser improved on his opening 70 by carding a 65 to share second place with Sweden’s Oskar Arvidsson, American Rob Seibly and Malaysia’s Sukree Othman on matching 135s at the at the Harvard Golf and Country Club.

Arie looked poised for another good showing when he extended his overnight lead by three shots with birdies on the fifth, eighth and ninth holes.

The 24-year-old carded his fourth birdie on 10 immediately after the turn and looked destined to establish a huge advantage over his rivals.

However, he succumbed to his nerves and fell victim to three costly bogeys on 12, 15 and 16.

“I felt like I played good today but was a little tense in trying to go low today. I said to myself to relax and be patient and as long as I shoot under par today, I’ll still be up there. I managed to do that, which was great,” said Arie.

Meanwhile Keyser believed his aggressive approach was the key to his all-round outstanding performance.

The 27-year-old birdied the par-three second which set him on his birdie run where he would gain further advantages on holes seven and nine before turning in 33.

“I was attacking the pins aggressively and I’m glad it paid off. Anytime you shoot a 65 without any bogeys on the card, you ought to be proud of yourself,” said Keyser.

Keyser continued his spirited charge with more birdies on 12, 13, 15 and 16 to put himself into a good position for a good result which will help ease the heartbreak of missed the grade at Qualifying School last week.

“I’m looking forward to the last two rounds as I’ve a good chance of doing well in this event. I’m not going to make any changes to my game. Just do what I’ve done today and I should be okay,’ said Keyser.

Arvidsson, who turned professional in June last year, is also delighted with his comeback especially having missed a top-40 place at Qualifying School.

“I had more greens in regulation today and that obviously provided me with more birdie chances,” said Arvidsson, who opened with a 69.

Despite having very limited opportunities on the region’s premier Tour, the 23-year-old Swede is hopeful he can step up on the burgeoning secondary circuit.

“I’ve heard many good things about Asia and I’m beginning to find out it’s a great place to play golf. Hopefully I can prolong my stay in this region with some good results,” said Arvidsson.

50 players made the cut which was set at one-over.

Since it was inaugurated in 2010, the ADT has grown from five events in the first year to a record 21 tournaments in 2014. The ADT has announced a provisional 2015 schedule of a minimum 17 tournaments with several more to be announced in due course.