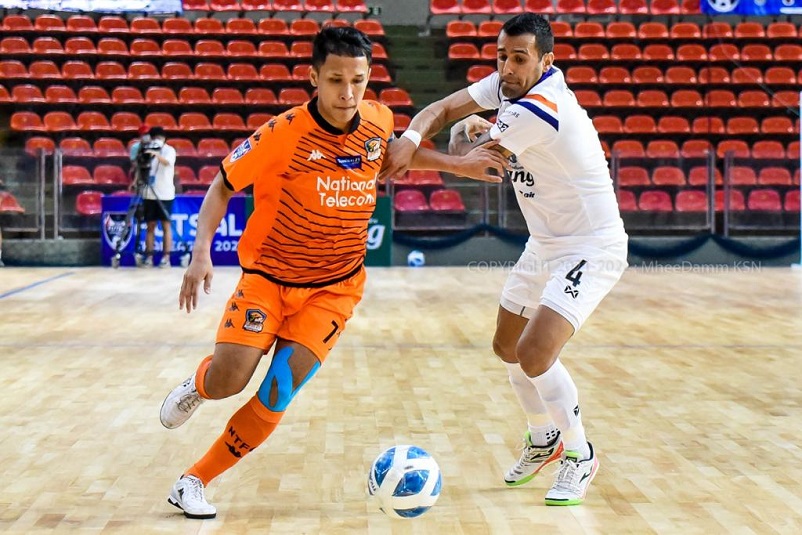 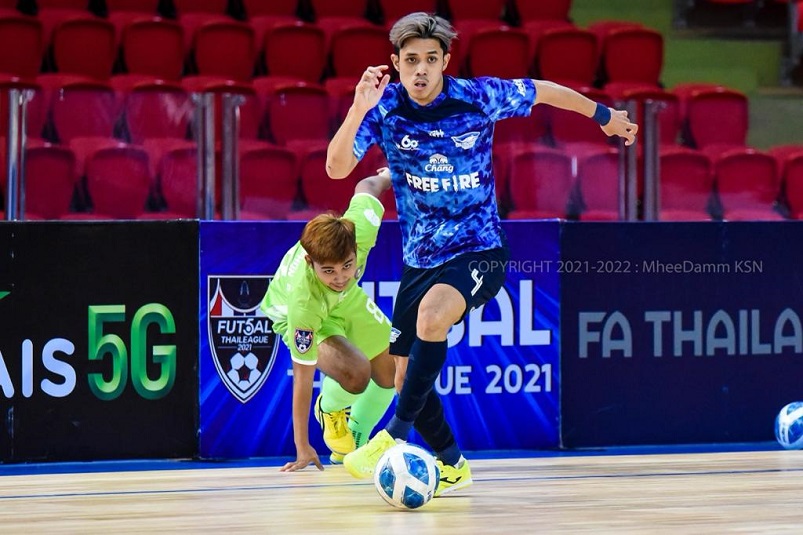 NT FC picked up their second win in two matches as they remained unbeaten after four games into the new 2021 Thai Futsal League season.

In the match that was played at the Huamark Indoor Stadium, NT FC sidestepped Suratthani 2-1 after falling behind as early as the second minute through Ekkapong Suratsawang’s fine finish.

But NT FC kept their composure to press their opponents well into the second half before scoring twice through Supoj Makrak (26th minute) and William (28th).

The win followed NT FC’s 5-2 victory over Petchaburi Rajabhat FC last week after their 2-2 draw against Royal Thai Navy and then 3-3 deadlock against Hong Yen in their first two games of the season.

In the meantime, Freefire Bluewave Chonburi bounced back from their defeat last week to beat Petchaburi Rajabhat 3-2.

After Pramote Somboonphol had given Perchaburi the lead after 17 minutes, Freefire fought back with three goals from Thai international Muhammad Osamanmusa (20th and 37th) and Neto (27th).

Petchaburi’s second goal was scored by Nuttapol Prommalee right at the end.

On the other hand, Hong Yen Thakam battled Port FC to a 2-2 draw with all goals coming off in the second half.