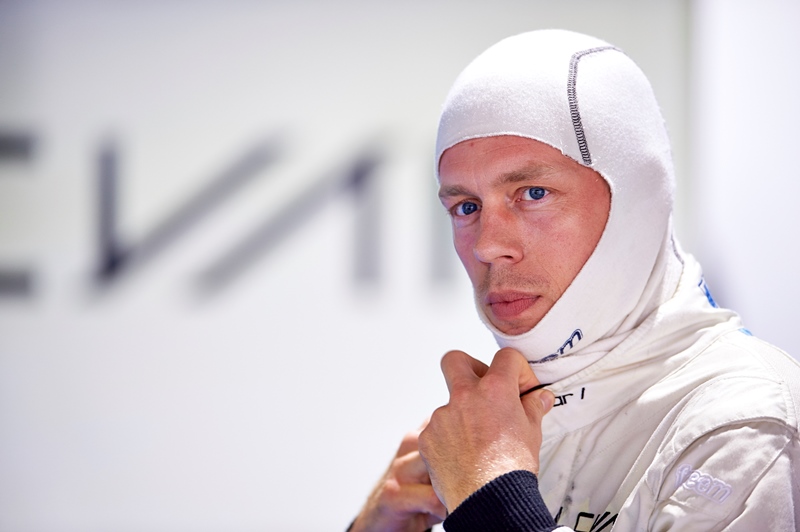 Sweden had celebrated two world champions in rallying but never in circuit racing. Then Thed Björk triumphed in the battle to win the 2017 FIA World Touring Car Championship and promptly joined Björn Waldegård and Stig Blomqvist on his country’s list of motorsport greats as a world title winner.

Of a career packed with achievement, the WTCC crown topped them all and will also go down in history for the fact that Björk won the last WTCC title to be awarded before the advent of the WTCR − FIA World Touring Car Cup era for 2018.

In part two of his WTCR Fast Talk podcast presented by Goodyear, the 39-year-old explains to host Martin Haven just how he got to be in the WTCC title fight in Qatar in the first place, and the key moments that made the difference during his championship-winning campaign with Volvo Polestar.

“We were so focused on winning the championship,” remembers Björk, who will drive a Lynk & Co 03 TCR for Cyan Performance in WTCR 2020. “I just decided until the last corner of the last race in Qatar I would fight. Until then, picking up the points was super important.

“The game-changer was Macau later in the year. Macau was brand new for me and you hear that the first time you go to Macau you are seven seconds off, because Macau is such a challenge. I was so happy because in the qualifying, [Rob] Huff is just fantastic in Macau, but I was six or seven tenths off him in qualifying. And being near the top there, I went into the mental phase of ‘keep the points, keep the points, don’t do a zero, win the championship because other things will happen to the competition, just focus and don’t hit anything’.

“I was in a bubble [in Qatar], I even hit Yvan [Muller] in the qualifying because I was in my own bubble going around trying to put my laps together. But obviously Norbi got a problem with the car which put him in P11, if I remember correctly, and after that qualifying it changed. Then I just had to do what I always did, finish the race, don’t do a mistake and keep the focus. I felt I could do this, I felt I could win the championship. We had been fighting all the time, but with that change it made it easier for me, I would say.”

What brought particular satisfaction to Björk was the limited time it had taken him to claim the title. “I won the 2017 title after being just one year as a rookie in 2016. People are fighting for decades to get a [world] title but I managed to do that in my second year. And I was really proud of that and proud of the team, just amazing. So many feelings are coming back on that night in Qatar. It was all because of the commitment but it feels fantastic to have achieved that.”