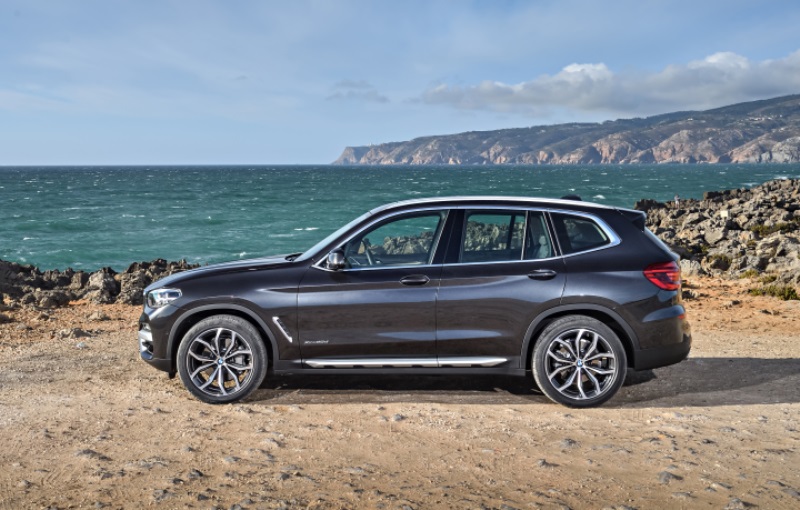 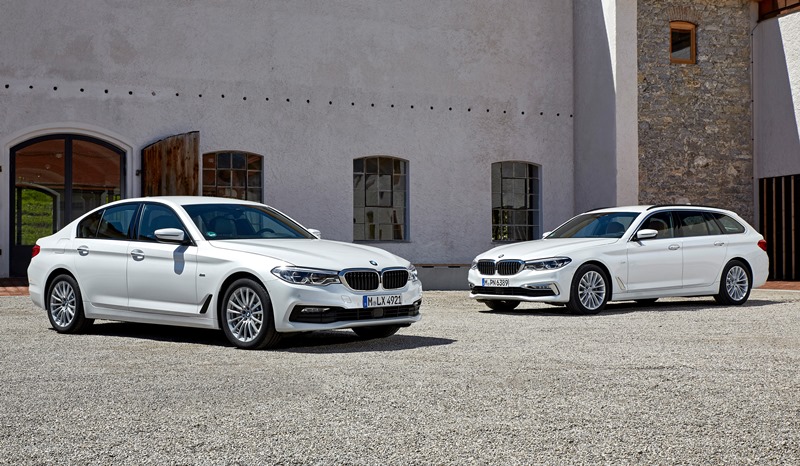 As from the spring of 2018, extensive additions and improvements to the drive portfolio will enhance the pleasure of driving in numerous BMW model series. BMW BluePerformance technology including an SCR catalytic converter with AdBlue injection for diesel engines will come as standard in all series in future.

Moreover, emission-reducing petrol engine particulate filters will be fitted to further models as from March 2018. An exceptionally powerful four-cylinder diesel engine will be added to the range of engines for the BMW X3 Sports Activity Vehicle.

Furthermore, engine power of additional models of the BMW 3 Series and the BMW 4 Series will be transferred to the road by an 8-speed Steptronic transmission.

As from March 2018, an extended range of standard equipment will underscore the premium character of the BMW 5 Series Sedan and the BMW 5 Series Touring. Also, the highly dynamic handling characteristics of the M Performance model BMW X3 M40i will be additionally enhanced by the M Sport differential, which will be available as a standard option as from April 2018.

Furthermore, the range of options from BMW ConnectedDrive will become more diverse and attractive thanks to the remote services now available as standard on all models and an extended range of functions for the Concierge Service.

BMW ensures maximum effective reduction of nitrogen oxide emissions produced by diesel engines through the upgrade of the NOX storage catalyst to include an SCR (Selective Catalytic Reduction) system. As from the spring of 2018, BMW BluePerformance technology with AdBlue injection will also become available as standard on all diesel models of the BMW 1 Series, BMW 2 Series, BMW 3 Series and BMW 4 Series.

Following its successful market launch only a few months ago, there will be an addition to the engine portfolio of the new BMW X3. In the new BMW X3 xDrive25d, a particularly powerful four-cylinder diesel engine will transfer its output of 170 kW/231 hp to the tarmac or off-road terrain via the standard 8-speed Steptronic transmission and intelligent four-wheel drive technology.

The BMW TwinPower Turbo technology featured on the 2-litre power unit comprises a two-stage charging system and extremely precise Common Rail direct injection, operating at a maximum pressure of 2,500 bar. The engine delivers a maximum torque of 500 Nm and accelerates the BMW X3 xDrive25d from 0 to 100/km in 6.8 seconds.

The car’s high efficiency is reflected in a combined fuel consumption of 6.1 to 5.8 litres per 100 kilometres and CO2 emissions of 160 to 154 grams per kilometre (provisional figures as per EU test cycle, depending on selected tyre size).

The BMW X3 M40i plays the leading role within the model range of Sports Activity Vehicles. Starting in April 2018, the 265 kW/360 hp M Performance automobile will be fitted as standard with the new M Sport differential.

Through a targeted locking effect on the rear axle, the electronically controlled system, which is linked to the DSC stability programme, creates the optimum prerequisites for even more dynamic acceleration out of bends. In addition, the BMW X3 M40i will feature in future a Sensatec instrument panel.

Moreover, as from March 2018, the 8-speed Steptronic transmission will also come as standard on additional BMW 4 Series models. With rapid gearshift and excellent gearshift comfort, this technology convinces in the BMW 420i xDrive Coupe and the BMW 430i Coupe as well as the BMW 420d xDrive Gran Coupe.

From March 2018, comfort, functionality and the premium ambience of the BMW 5 Series will be additionally underlined by an extended range of standard equipment.  In future, all versions of the BMW 5 Sedan and the BMW 5 Series Touring will roll off the assembly line with Park Distance Control comprising front and rear sensors, and with LED fog lamps. Also, an alarm system and a wheel bolt securing system are now standard. Furthermore, the BMW 5 Series Sedan will also feature a 40 : 20 : 40 split folding rear seat backrest.

From March 2018, intelligent networking will facilitate use of remote services in all current BMW models. This is made possible by an upgrade of the functions provided by the standard BMW ConnectedDrive services.

This means that the driver is not only able to have the position of the vehicle as well as information on fuel consumption and further vehicle status details displayed on a Smartphone, but also to activate headlight flasher, remote flasher, ventilation and locking and unlocking of doors.

Moreover, the range of functions for the BMW ConnectedDrive Concierge Service has also been extended. As from March 2018, the personal assistant, which offers help with information and support during the journey at the press of a button, will even be able to reserve admissionn tickets for selected cinemas.