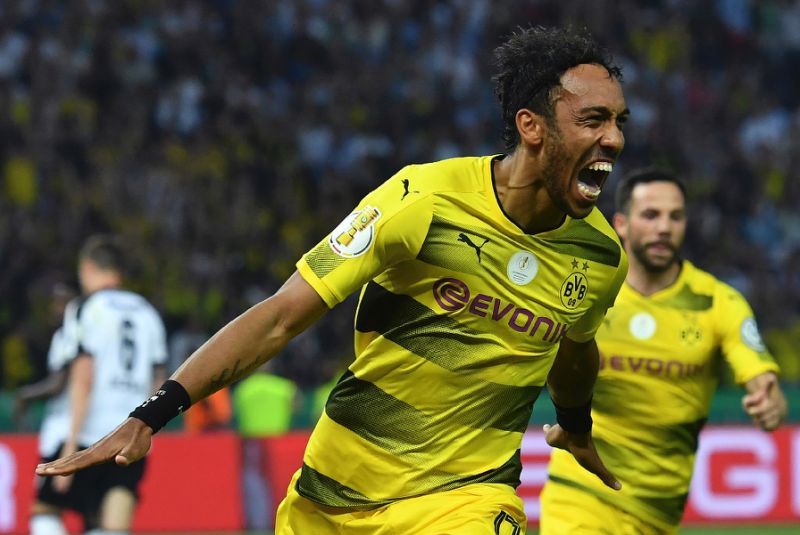 Arsene Wenger said Friday that any deal for Borussia Dortmund striker Pierre-Emerick Aubameyang was “far from close” but did not rule out further signings in the January transfer window.

Arsenal lost forward Alexis Sanchez to Manchester United this week with Henrikh Mkhitaryan travelling in the opposite direction in a swap deal but Wenger remains short of options up front as the club battle to secure a Champions League place for next season.

According to German media reports, Dortmund have rejected a second bid of 58 million euros ($72 million) by Arsenal for the 28-year-old.

Sixth in Germany’s top flight, the club reportedly want 70 million euros for the Gabon international, who has a Borussia deal until 2021.

When quizzed on the latest Aubameyang situation, Wenger, whose side are sixth in the Premier League table, told reporters the club would have nothing to announce on Friday.

“At the moment, we stay where we are,” he said. “We keep our players. We have added Mkhitaryan and we have lost Alexis, so our squad is stable.

“Will anything else happen? At the moment I would say I don’t know. It’s still possible but we are far from being close.”

Wenger said he wanted to keep forward Olivier Giroud, who has been linked with a move to Chelsea, although he hinted at a potential exit for the Frenchman.

“I want Olivier to stay…. if nobody comes in, nobody goes out,” he said. “Maybe one or two young players out on loan somewhere but the experienced side of the squad will remain the same unless somebody comes in,” he said.

“He is an important player here that everyone wants to stay and there is a high level of respect for Olivier in this club,” he added. “He will certainly get more games and he could only leave if somebody else comes in.”

Wenger said Aremenia international Mkhitaryan was settling in well at the club but he was unsure whether he would make his debut for the club in their Premier League match against bottom club Swansea on Tuesday.

“You see straight away that he’s a great football player, which we knew before we got him here. After that, I will know more about him in two or three days,” he said. – Agence France-Presse