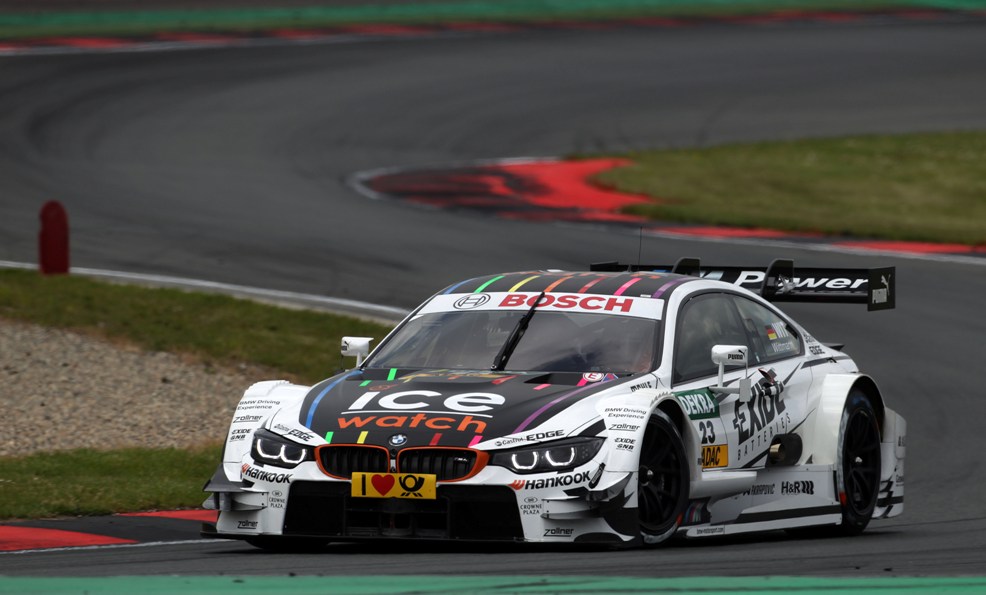 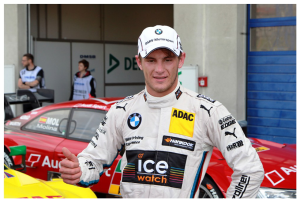 Marco Wittmann (DE) of BMW Team RMG will start from the front row of the grid for the second time at this early stage in the 2014 DTM season. The winner of the opening race in Hockenheim (DE) was once again second fastest in qualifying ahead of the second race of the year at the “Motorsport Arena Oschersleben”. Wittmann, at the wheel of the Ice-Watch BMW M4 DTM, clocked a fastest time of 1:20.516 minutes in the all-important third qualifying session – 0.509 seconds slower than Audi’s Miguel Molina (ES), who starts Sunday’s race from pole.

Timo Glock (DE) went out in the opening qualifying session, as a result of a technical problem with the power steering in his DEUTSCHE POST BMW M4 DTM. The same problem was responsible for the 32-year-old only managing to complete a few laps during free practice. While BMW Team MTEK had to perform more repairs to his car after the first qualifying run, Glock was pushed out of 18th place at the last moment. Although he only completed one flying lap, he still only missed out on Q2 by 19 thousandths of a second. 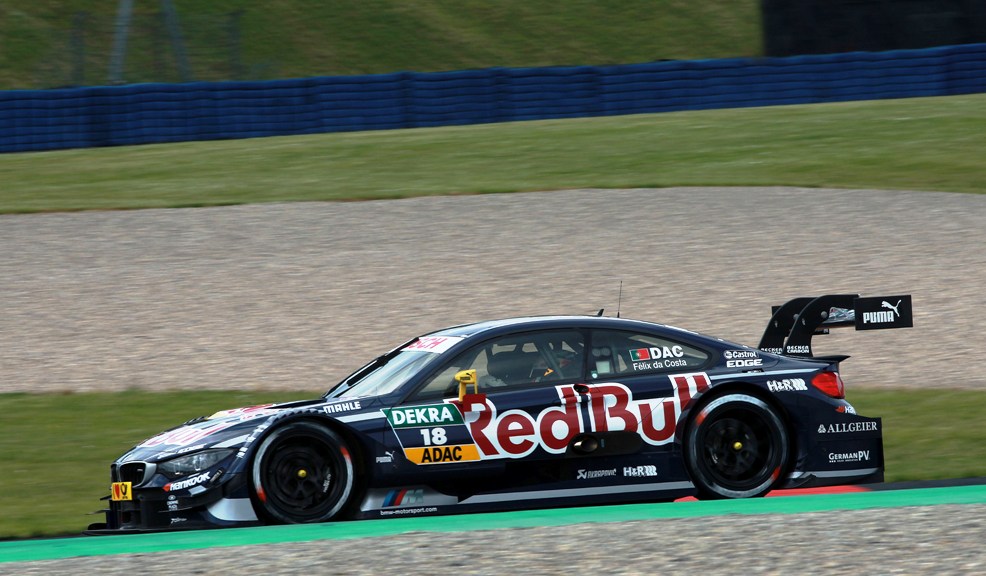 “Generally speaking it is a very good result for us here in Oschersleben. As in Hockenheim, Marco Wittmann, António Félix da Costa and Bruno Spengler were particularly impressive. Augusto Farfus also made it into the top ten. I feel sorry for Timo Glock, who could certainly have been starting from far further forward on the grid were it not for the technical problem. We have seen the effect of the performance weights, but Audi also put in a very strong performance. Congratulations to Miguel Molina and Audi on the pole position. We have a good starting position for tomorrow’s race – and are right up there from the outset with Marco on the front row.”

“I am very happy with this second place. It was not an easy qualifying for us. We had to fight hard to achieve good lap times. The five additional kilograms in the car are certainly not an advantage. However, we did a good job and got the best out of the situation. Two qualifyings, and second on the grid twice: I can be very satisfied with that. Miguel Molina’s time was simply too good today. Congratulations on this performance. Tomorrow’s race is a long one – perhaps we can still improve on our grid position.”

“I am very happy with fourth place. We were still not where we wanted to be in free practice. Despite this, I was still confident about qualifying. Q1 was difficult. I had not yet found a good rhythm. The team then did an outstanding job, and we solved our problems in time for Q2 and Q3. I think Miguel Molina’s time was out of reach today. But it was all very close after that.”

“I am not entirely happy, but anything can happen from seventh place tomorrow. Everything was going very well until the third qualifying session, but then I was just missing something in the final session. We fought hard and, given the five extra kilograms in the car, the result is ok. I’d like to say a big thank you to BMW Team Schnitzer, who have worked really hard today. We are well prepared going into the race.”

“That was not an easy qualifying, and it is a shame that we did not quite make it through to the final session. We were actually going quite well, but at the moment we just seem to be unable to get that final few per cent of performance out of the car. Despite this, I am optimistic about tomorrow. I can attack and try to move through the field from my starting position – and that is precisely what I shall be aiming to do.”

“I am obviously not happy with 13th, as it is particularly difficult to overtake here in Oschersleben. Therefore, the grid position could be better. However, we can’t change that now, and we will battle hard tomorrow. According to weather forecasts it could rain tomorrow. I hope not for the fans, but it would not do me any harm. I have fond memories of wet races here since 2011. I think a points finish is a realistic goal.”

“Qualifying was tougher than I expected for us. Nobody really wants to start from 14th here in Oschersleben. However, our car is basically competitive here – as shown by the guys who made it through to Q3. Let’s see what happens tomorrow.”

“It is hard to fight your way forward from 16th, and particularly on a circuit like this. However, as always I will give it my all in the race. We are having problems with the handling of the car this weekend. We worked very hard in free practice to solve the problem with understeer, but it did not get a lot better. We are not yet where we want to be.”

“The fact that we missed out on Q2 by just 19 thousandths of a second is not important to me. It is far more important for us to solve the problem with the power steering. Even in free practice we were only able to complete three laps. After that we replaced everything we could replace. Now the same problem has occurred again. I really hope we manage to iron out the problems overnight, so we can play a part in the race.”

Facts and figures from Oschersleben: