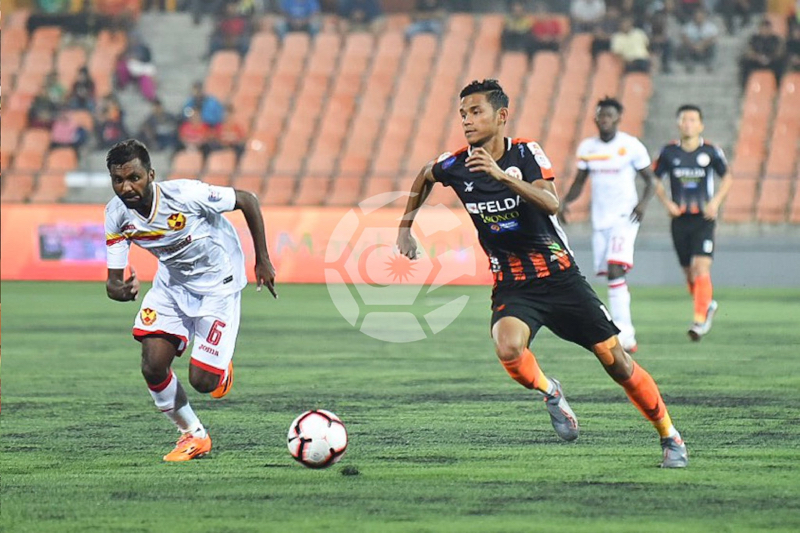 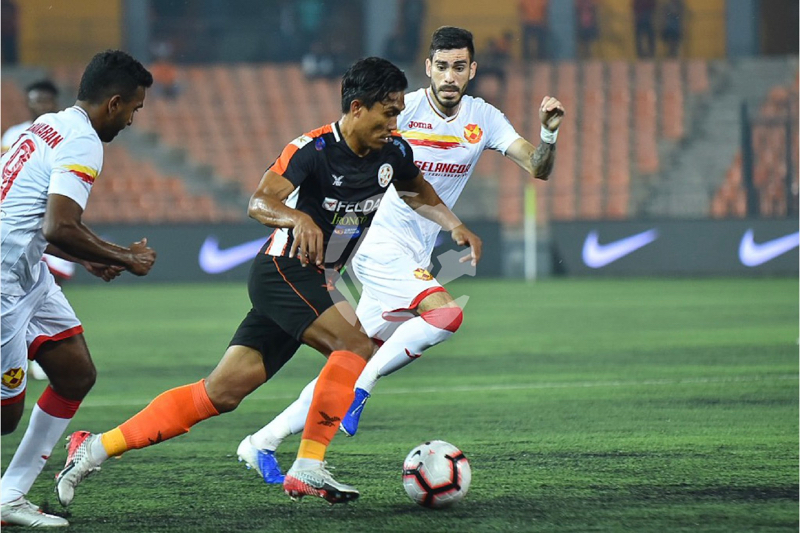 After coming through a 2-0 win over Felda United in a do-or-die mission in their final group D match for a place in the Malaysia Cup quarter-finals Selangor face a tougher hurdle when the travel to Ipoh to battle defending champions Perak on Sunday.
More so when the Red Giants have to make do without their Brazilian midfielder Sandro Mendonca who has yet to recover from injury. He also missed the match against Felda after sustaining the injury during a friendly match against Petaling Jaya City FC during the international break.
However, Satianathan is hoping two of other injured players – Endrick Dos Santos, Khyril Muhymeen and Syazwan Zainon – will be able to take the field at the Perak Stadium. The duo will be given a late fitness test before the match.
Delighted with the win over Felda, Satianathan, a former national coach who brooks no nonsense, said: “Nobody gave any chance to be still there in the Malaysia Cup…but here we are challenging for a place in the semi-finals.
‘Bungkus-lah Selangor was heard and written all over before we played Felda. However, my players showed character. They showed plenty of fighting spirit and responded to the challenge.”
Satianathan, however, was quick to admit that Perak will be a bigger threat to the 33-time Malaysia Cup champions.
“Perak is a very stable team…a strong team. They are the defending Malaysia Cup champions who have added strength with the signing of new good foreigners (Ronaldo and Careca). They also have the home ground advantage and very fit players.”
This, however, will not stop the Red Giants from looking for a positive result in Ipoh to stay on course for their 34th Malaysia Cup title.
The recent form of goalkeeper Khairul Azhan Khalid is also a plus factor for Satianathan. The former national keeper has regained his touch after a poor start to the season which saw Farizal Harun take over the job between the posts.
“He has confidence in his game. Frankly, he is one of the top goalkeepers in the country and should get a chance for national call up,” added Satianathan.  – BY RIZAL ABDULLAH