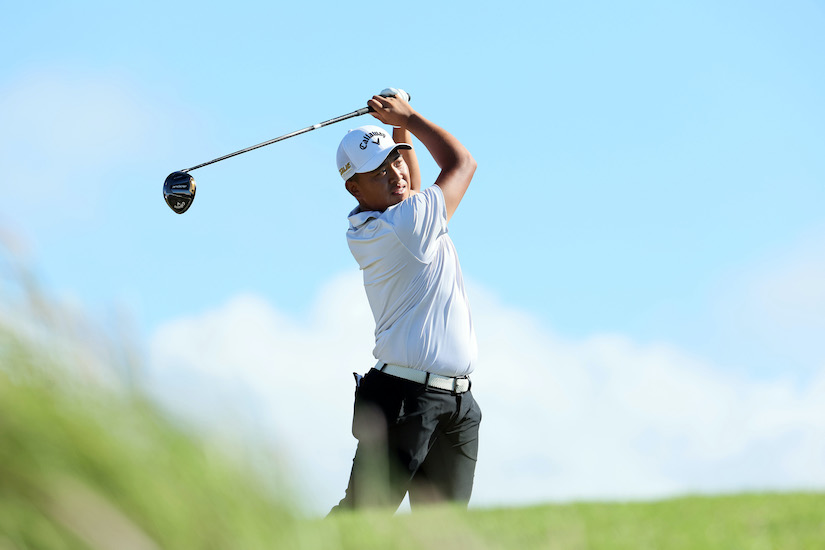 The 24-year-old Yu shrugged off two early bogeys to sign for a closing 1-under 70 and 16-under 267 total at Port Royal Golf Course in Southampton in what was his 14th career TOUR start.

Power, the highest ranked golfer in the field, secured a thrilling one-shot victory with a 70 over Belgium’s Thomas Detry (67) for his second PGA TOUR title after he capitalised on rookie Ben Griffin’s late stumble in blustery conditions coming down the stretch. Overnight leader Griffin (72) shared third with Yu and Patrick Rodgers (65).

Yu, playing in his first season on the PGA TOUR after graduating from the Korn Ferry Tour, picked up 145 FedExCup points to climb to 22nd position and is currently the third-highest-ranked Asian golfer behind Korea’s Tom Kim and K.H. Lee, who are second and third respectively.

Marty Zecheng Dou of China and Korea’s Byeong Hun An also enjoyed solid weeks by finishing with matching 67s for a share of 17th place while Indian veteran Arjun Atwal came in tied 49th after a 73.

Teeing off the final round two off the pace, Yu showed plenty of mettle when he responded to dropped shots on the fourth and seventh holes with birdies on Hole Nos. 9, 11 and 17.

“It’s a solid week for sure, being able to hit some really good golf shots out here. I mean, the wind is really a big factor here, and the last two days being really, really windy,” said Yu, whose previous best TOUR result was a T7 at Puerto Rico Open last year.

“Just being able to hit a lot of solid shots, hit some fairways, make some putts, it’s a lot of fun.”

As a reward for a career first top-three finish, Yu will now head to Mexico next after earning a spot in the World Wide Technology Championship at Mayakoba by virtue of a top-10 in Bermuda. He hopes to make the most of the bonus and ride on his good form.

“It’s huge for me. I knew before this week I’m not getting into Mayakoba. I needed like a top-10 or a win or even a sponsor invitation to get into next week,” said Yu, who is a former amateur world No. 1.

“Coming to this week, you know, definitely I put that in mind. But I just want to play some good golf because I know if I just play solid, I have a lot of chance to finish in the top-10 and get into next week.

“It’s just really good for me because I think my ranking for my category is like 44th is pretty, kind of pretty far behind. In the fall I won’t get into this week, maybe not even Houston, so just got to play good golf and try to get in as many as I can.”

The 35-year-old Power was delighted to secure a second PGA TOUR title in as many seasons following his breakthrough victory at last year’s Barbasol Championship.

“Completely different feeling but just as special. It’s so hard,” said Power, who lived up to his billing as the highest-ranked player in the world at No. 48 and will rise to No. 32 with the win.

“It’s amazing. It’s special. It’s going to take a little while to sink in but absolutely over the moon.”