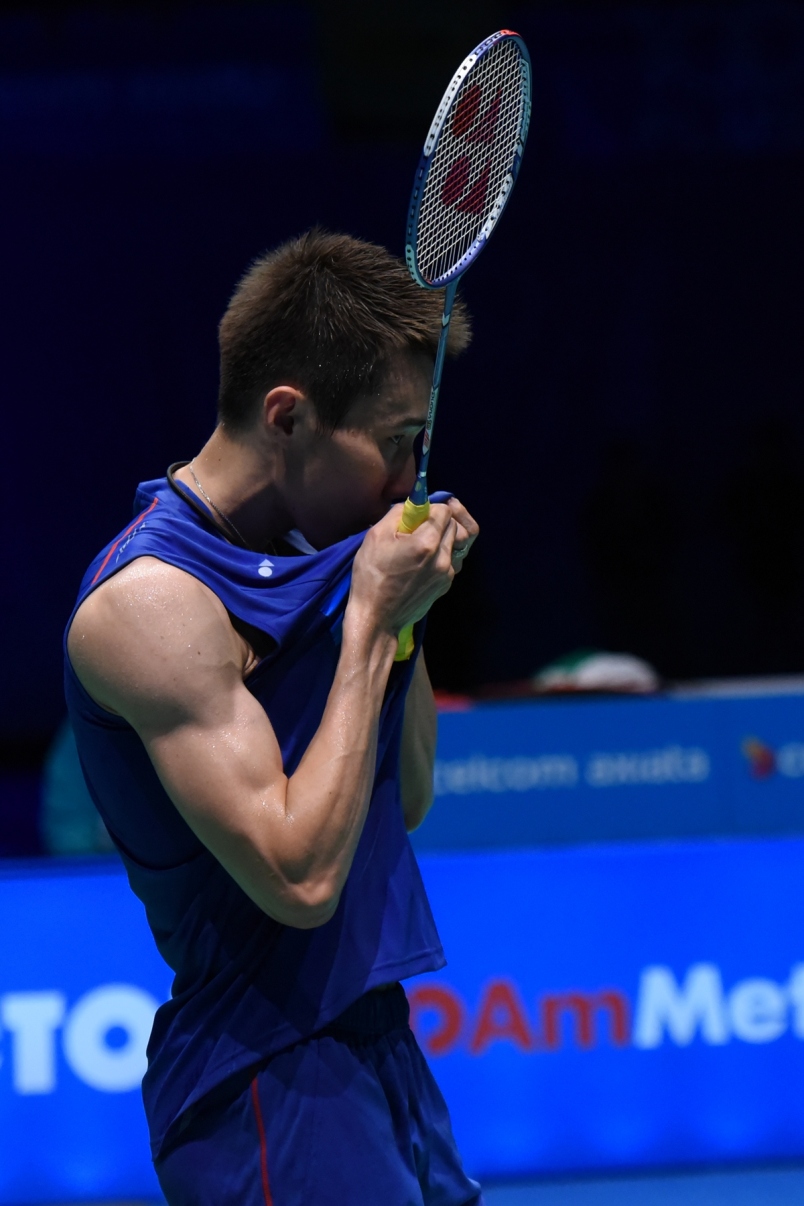 It was Chong Wei’s second win over Chen Long in a final within a month, having beaten the world No 1 in the Celcom Axiata Malaysia Open Superseries Premier in Shah Alam on April 10 with a 21-13, 21-8 win for his 11th Malaysian Open title.

The Asian title is his third this year, having won the Malaysian Masters in Penang earlier in January this year.

With Sunday’s win for the Asian title Chong Wei now leads 13-12 in the head-to-head count in 25 meetings. His last defeat to Chen Long was at the World Championships in Jakarta when he lost to the Chinese 14-21, 17-21 in the final.

To beat two of the greatest shuttlers from China on their home soil is certainly a big boost for his confidence as he prepares for the Rio Olympics in August. Before that Chong Wei will lead the Malaysian team to the Thomas Cup Finals in Kunshan, China from May 15-22.

In the first set Chong Wei took the break at 11-8 but it was Chen Long who came out breathing fire after the breather – reeling off seven points in a row as Chong Wei conceded points with errors. However the Malaysian checked the slide to win the set 21-17.

With the home fans throwing their support behind Chen Long the Chinese ace rode on Chong Wei’s inability to adjust to the strong drift behind his back and in the process made several wrong judgments. After taking the break at 11-6 Chen Long took the set 21-15 to force a rubber.

It was Chong Wei in control in the decider who moved to 15-10 after going into the breaking at 11-6. Chong Wei kept up the pressure and forced his opponent into errors for a 21-13 win to regain the title he last won in 2006 in Johor Bahru.

There was no jubilation on Chong Wei’s face when he secured the winning point. The Malaysian ace just walked away as Chen Long’s return landed long. It took Chong Wei sometime before he acknowledged his win. He then kissed the Malaysian flag on his shirt before going off for a selfie.

In the process Chong Wei, ranked No 2 in the world, pocketed USD15,000 in prize money that came with the title while Chen Long took home USD7,600.

However, it is the vital Olympic points he garnered in Wuhan in the last tournament Olympic qualifying tournament that means more than anything else for the Malaysian for a good seeding in Rio de Janeiro.

The men’s doubles as expected went to world No 1 and top seeds Lee Yong-dae-Yoo Yeon-seong who retained the title with a hard fought 21-14, 28-26 win over the unseeded pair of Li Junhui-Liu Yuchen of China in 58 minutes to pocket USD15,800 in prize money.