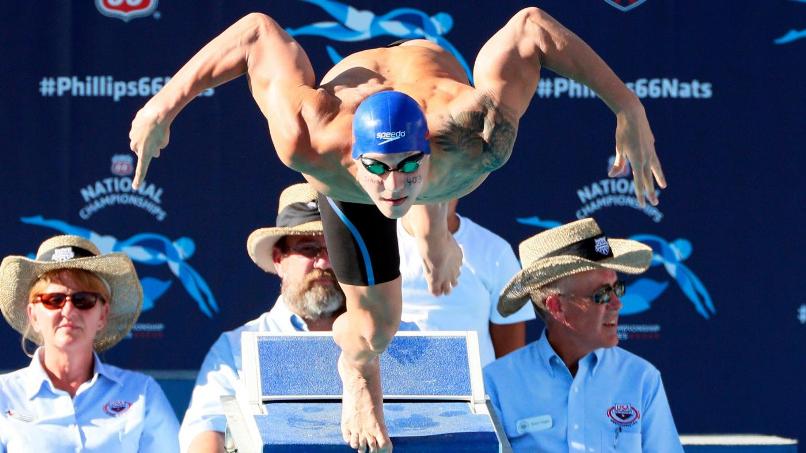 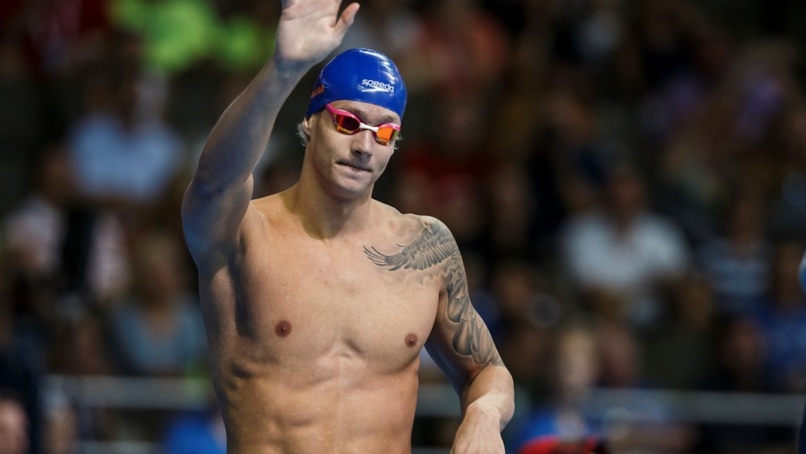 Caeleb Dressel says comparisons with US swim legends Michael Phelps and Mark Spitz are premature even though he stands on the verge of matching their historic feats.

The 20-year-old Dressel became the first American swimmer to win three gold medals in one day at the world aquatic championships on Saturday.

He kicked off his historic performance at the Duna Arena by winning the 50m freestyle and the 100m butterfly golds within half an hour.

Then he helped the USA break the world-record for the mixed 4x200m freestyle for a hat-trick of golds — all inside 90 minutes.

Dressel revealed he was congratulated for his jaw-droppping exploits by Phelps via an SMS text message, but is uneasy about being compared to his idol.

“I don’t want to be compared to Michael – I love Michael,” said Dressel, who swam alongside Phelps at the 2016 Olympics.

Dressel now has six gold medals in Budapest and could win an historic seventh on Sunday in the men’s 4x100m medley relay.

“It’s crazy, but I got mixed relays helping me out,” said Dressel.

The mixed relay events, which have only been added in recent years, make him wary of comparisons with Phelps.

“It’s a bit of a different situation, because of the mixed relays,” said Dressel.

“I wouldn’t put myself with that group yet (with Spitz and Phelps), I’m still getting my feet wet in international swimming.

“I’m just having fun — I’m not counting medals at this point.”

Regardless of what happens on Sunday, Phelps will remain the only swimmer to have won eight Olympic golds at one games after his Beijing 2008 haul.

“I think there aren’t any accidents in the sport – I had three swims within an hour and a half of each other,” he said.

“I had to be on point for all of them, so it wasn’t an accident what happened.

“It was hard that’s all I can say, I’m really tired.

“We were ready for it, but I’m so glad (his coach Gregg) Troy has a plan for me and it worked out.”

Despite standing on the verge of matching two of US swimmings legends, Dressel said he feels no pressure before Sunday’s relay.

A holiday around Europe beckons with or without an historic seventh gold.

“I have to bring my A-game tomorrow,” he said.

“No, I don’t feel pressure. I just want to keep doing my own thing.

“I’m looking forward to that one more fast one, then I’m going to go explore Europe for a bit I don’t want to get ahead of myself.”

However, his planned vacation may be put on hold due his education.

“I have a maths test in two days, I had to do it at the trials as well, I had a maths test during the meet, and I’m not good at maths. It’s tough being at school and doing all this,” he said. – Agence France-Presse 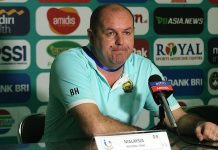