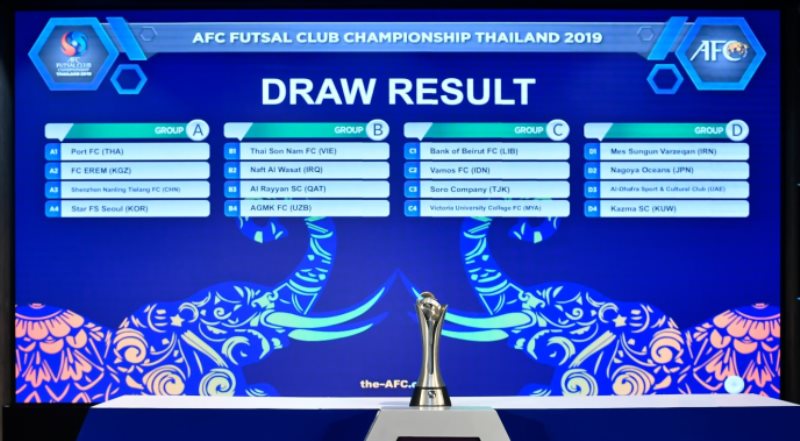 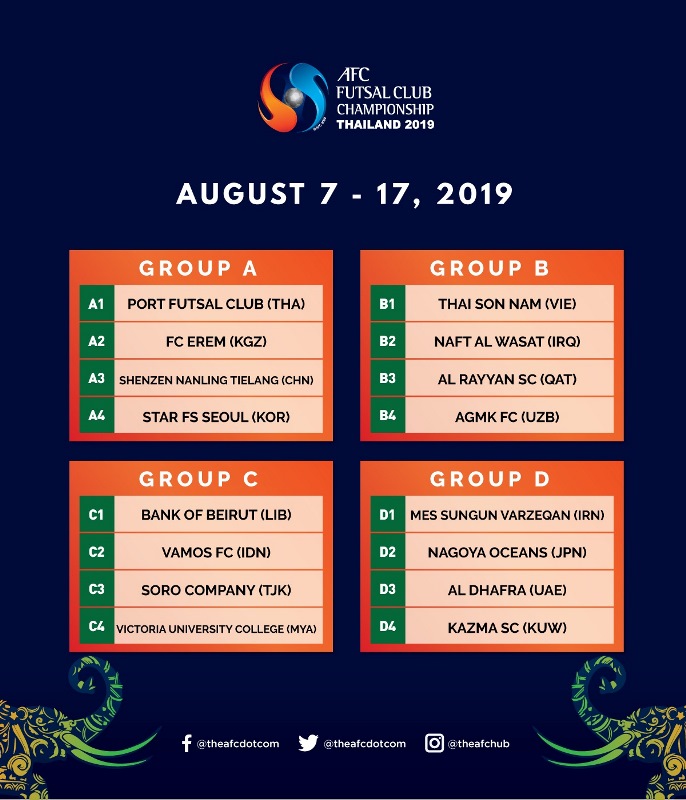 It will be an even fight for all four ASEAN teams at the AFC Futsal Club Championship 2019 that will be hosted by Thailand on 7-17 August.

Victoria University College FC of Myanmar, who will be making only their second appearance in the championship, have been placed in Group C against Lebanon’s Bank of Beirut, who finished third last year, Indonesia’s Vamos FC and debutants Soro Company of Tajikistan.

Host team Port Futsal Club will be up against Kyrgyz Republic’s FC Erem and newcomers Shenzhen Nanling Tielang of China PR and Korea Republic’s Star FS Seoul in Group A.

Last year’s runners-up, Vietnamese champions Thai Son Nam FC will be making their sixth appearance in the annual tournament and were drawn in Group B with Iraq’s Naft Al Wasat, who finished fourth in Yogyakarta, Al Rayyan of Qatar and Uzbekistan’s AGMK FC.