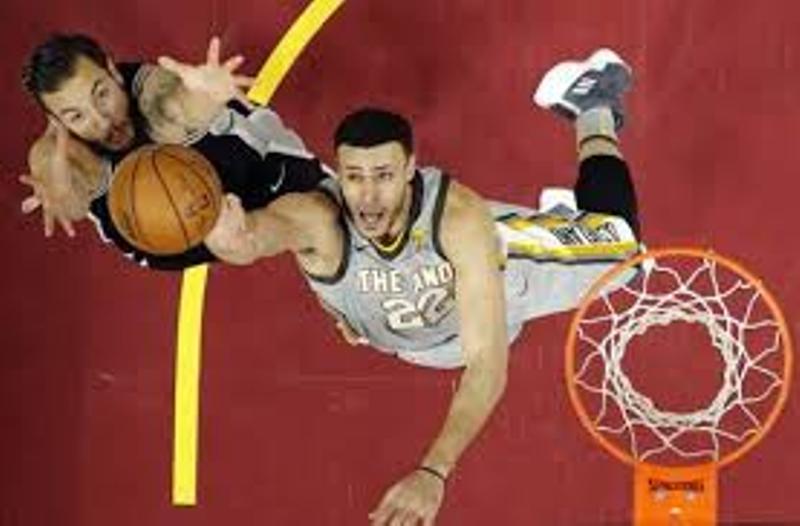 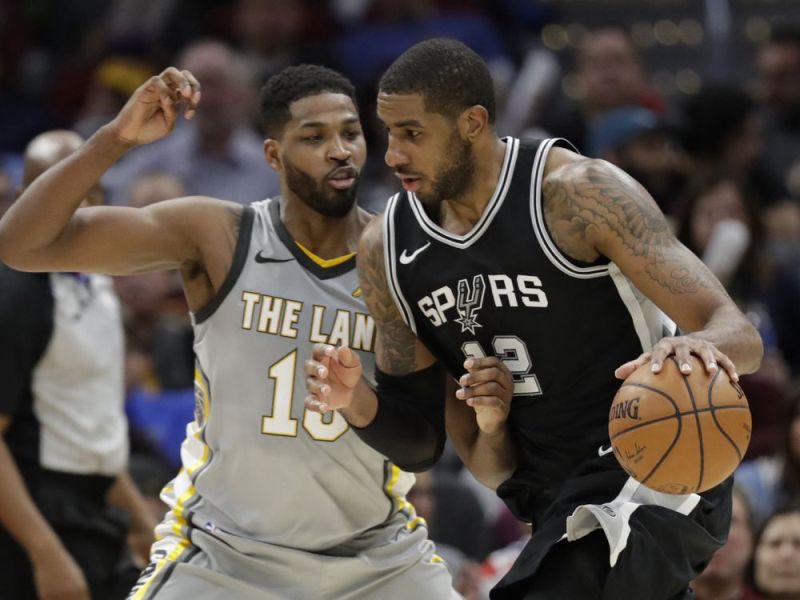 LaMarcus Aldridge led the offensive attack in the paint and Danny Green shot the lights out from long distance as the San Antonio Spurs beat the Cleveland Cavaliers 110-94 on Sunday.

Aldridge finished with 27 points and Green chipped in 22 as the Spurs snapped a four-game losing skid.

Green missed Friday’s loss to Denver with food poisoning but on Sunday he delivered the perfect side dish to Aldridge’s dynamic inside game with his five three-pointers.

“Every win is a big one for us,” Green said. “But this month we’ve had some ups and downs. This is a really good team, especially with the best player in the world over there.”

Indeed, Cavs’ superstar LeBron James flirted with a triple double by finishing with 33 points, 13 rebounds and nine assists but that’s not what James wanted to talk about after the loss.

The reigning All-Star Game MVP slammed officials after the game, saying they are not calling enough fouls on him.

“There’s no reason I should be going to the line four times in a game when I drive 100 times to the paint and I’m getting hit and slapped and grabbed and whatever and what not,” James said.

James thinks the officials are protecting players that shoot a lot of three-point shots and not calling enough fouls on players like him who like to drive to the basket.

“Chicks dig the long ball and that’s what it’s about,” James said.

San Antonio was called for 12 personal fouls — only three in the second half — and shot 32 free throws compared to 14 for Cleveland.

Cleveland dropped to 3-2 since overhauling their roster before the all-star break with three trades.

Elsewhere, Jrue Holiday scored 28 of his 36 points after halftime to lead the New Orleans Pelicans to a 123-121 overtime victory over the  Milwaukee Bucks.

Milwaukee’s Jason Terry tossed up a potential game-winning three-pointer but the officials ruled it was after the buzzer.

Anthony Davis added 27 points and 13 rebounds for the Pelicans, who trailed by 18 early in the second half but outscored Milwaukee 38-19 in the third quarter.

James Harden scores 27 of his 41 points in the first half as the Houston Rockets held on to beat the Denver Nuggets 119-114. – Agence France-Presse