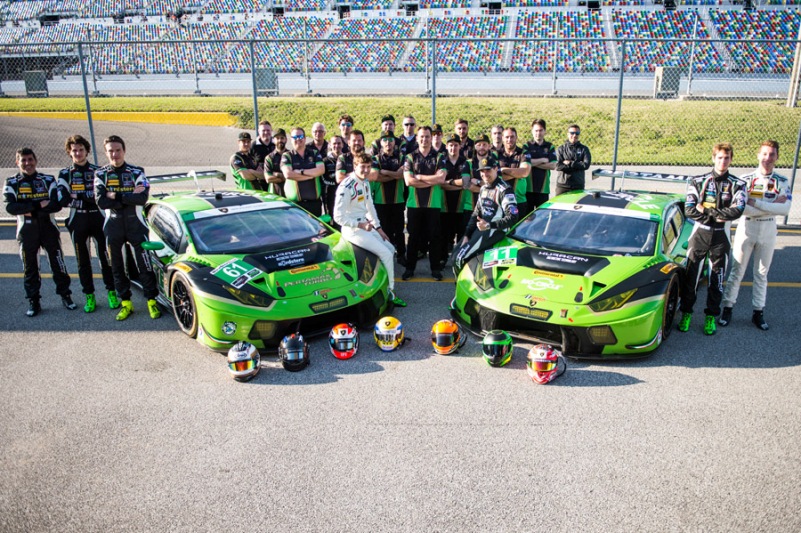 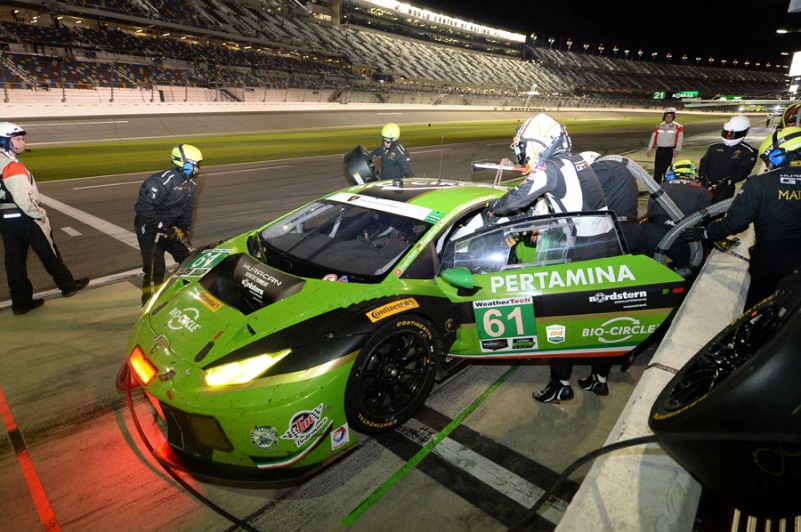 At its Rolex 24 Hours of Daytona debut, the Austrian GRT Grasser Racing Team proved again its   competitiveness in an extraordinary field of 55 cars. But in the end the squad of team principal Gottfried Grasser as not rewarded for its huge efforts by a podium finish which still seemed to be possible until after the first half of the race, until bad luck hit again and technical problems destroyed the chances of a top result.

Being immediately on the pace and already showing a lot of potential during free practice, GRT Grasser Racing Team confirmed its ambitions also in qualifying. Italian Mirko Bortolotti put the #11 car, which he shared with Rolf Ineichen, Christian Engelhart and Ezequiel Companc, on P5 on the grid, reaching a time of 1:47.785.

That lap was the quickest of any of the eight Lamborghini Huracán GT3s, the most cars among the nine manufacturers racing in the ultra-competitive GTD class in the opening race of the 2017 IMSA WeatherTech SportsCar Championship season. Christian Engelhart qualified the #61 Lamborghini Huracán which was also driven by Roberto Pampanini, Milos Pavlovic, Rolf Ineichen, and Michele Beretta in P11.

But things did not go too well from the beginning of the race: The #61 twice had an accident at the pit exit, which cost us 18 laps for repairing the damage.”  Gottfried Grasser had to state. “This was followed by electric issues, so the chances for a podium where already lost after the first hours of driving, and in the end, we had to settle in P17.”

All hopes were now on the #11, and for more than half of the race distance the car seemed to be able to fight for class victory or at least a podium. Even in very difficult conditions due to the heavy rain which started at about six hours into the race, the car always remained within the top positions: “We really had a good pace, made no mistakes, could built in a solid strategy”, Mirko Bortolotti was adamant. “But engine issues early in the morning while running P2 took us out of contention for a strong result at the Rolex 24. At least we made it to the chequered flag after the repairs. But of course, P15 is not what we had hoped for.”

Rolf Ineichen was disappointed as well: “Everything looked fine in testing, practise and qualifying and everybody at GRT, the whole team and the drivers, gave their best for Daytona. Of course, it´s frustrating if you are running everything at such a high professional level and then you are hit by bad luck again. A small part of the engine is broken. It was the problem that forced us into an hour long pitstop which dropped us far behind.”

But Ineichen is already looking forward to the next race in the US, the 12 Hours of Sebring, a feeling that is shared by Grasser: “Here we had no luck at all again. It’s a real shame, because towards the end of the race we were able to run within the leaders´group, doing the fastest times in the field. Sothe the speed was there, without the problems we would have been able to fight for the win. All this hard work was lost due to accidents and a 200.-  Euro part…! Anyway, I want to thank our drivers and the whole team, who did a perfect job and made this all happen! But we will get our act together again and are already looking forward to the legendary 12 Hours of Sebring in March.”