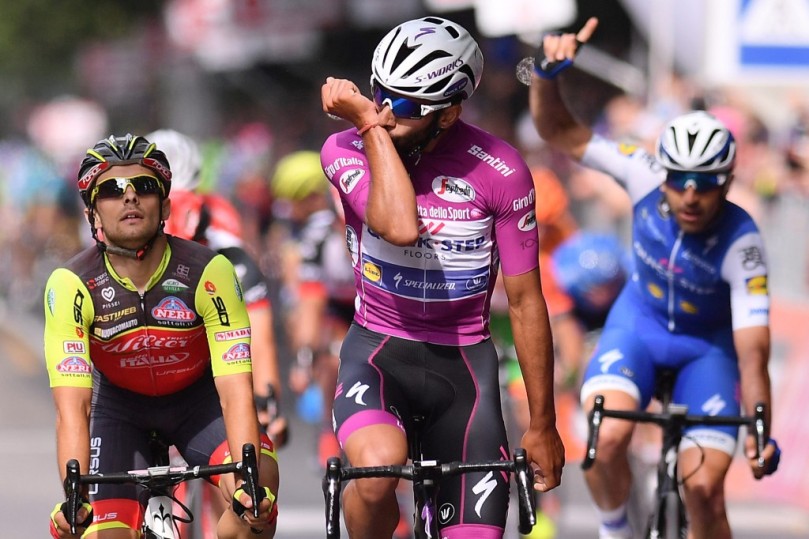 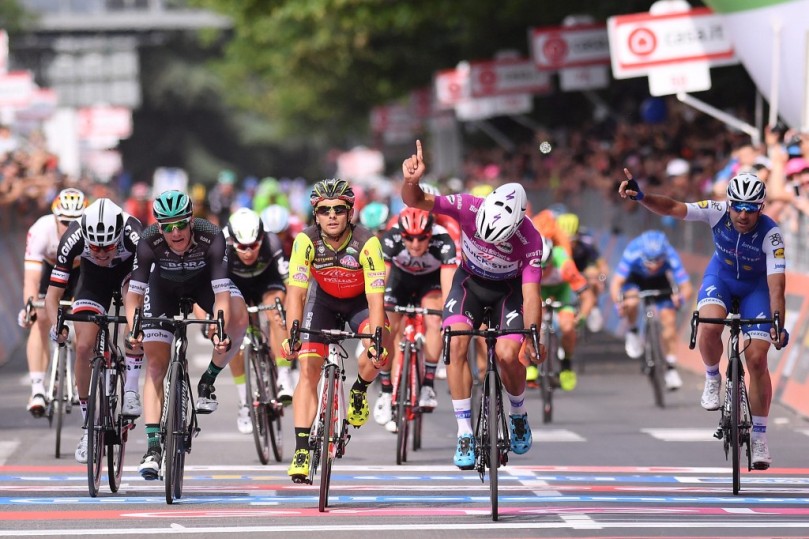 Colombian Fernando Gaviria staked his claim for the sprinters top prize at the 100th Giro d’Italia after powering to a third win on stage 12 that frustrated the hosts again Thursday.

Dutchman Tom Dumoulin, of the Sunweb team, retained the race leader’s pink jersey and an overall lead of 2min 23sec on 2014 champion and race favourite Nairo Quintana of Movistar.

Before the battle for the “maglia rosa” resumes on Saturday, when the race heads back into the mountains, Italy’s drought continued.

Quick Step sprinter Gaviria, already victorious on stages three and five and a runner-up to Australian Caleb Ewan (Orica) on stage seven, claimed his third win with a textbook sprint helped by the formidable lead-out of Argentine teammate Maximiliano Richeze, despite him suffering a puncture in the final kilometres.

Italian Jakub Mareczko finished second to Gaviria for the second time in the race — the first time in the history of the Giro an Italian had failed to win inside 12 stages.

“This win is for the team,” said Gaviria after the 229 km ride from Forli to Reggio Emilia.

On his race debut Gaviria has a firm grip on the sprinters “ciclamen” jersey, which he intends to secure at the finish in Milan on May 28.

He added: “We’re motivated to finish the Giro. We have to take some points on the way because I want to win this jersey in Milan.

“I came here for experience, and to win, and I’m gaining both.”

The 13th stage is a 167km ride from Reggio Emilia to Tortona, another day for the sprinters to go for glory before the race moves back into the mountains on Saturday.

Dumoulin, who took command of the race when he powered to victory in the 10th stage time trial, is looking forward to another incident-free day of racing before then.

The 14th stage is perfectly flat for the first 120 km before the peloton tackles a steep 11.8 km climb to the summit of the Oropa sanctuary at Biella.

“It was a sprinters stage and nothing special, actually,” said Dumoulin, who also leads French rival Thibaut Pinot (FDJ) by 2:40 and two-time and defending champion Vincenzo Nibali (Bahrain) by 2:47.

“It was tailwind in the final so it was really fast, but the rest of the day was quite relaxed, no stress, so it was good.

“Tomorrow will be another sprint day. I hope to just survive that without any troubles and we’ll look forward to the weekend.”

Results and overall standings from the 12th stage of the Giro d’Italia, held over 229 km between Forli and Reggio Emilia on Thursday: