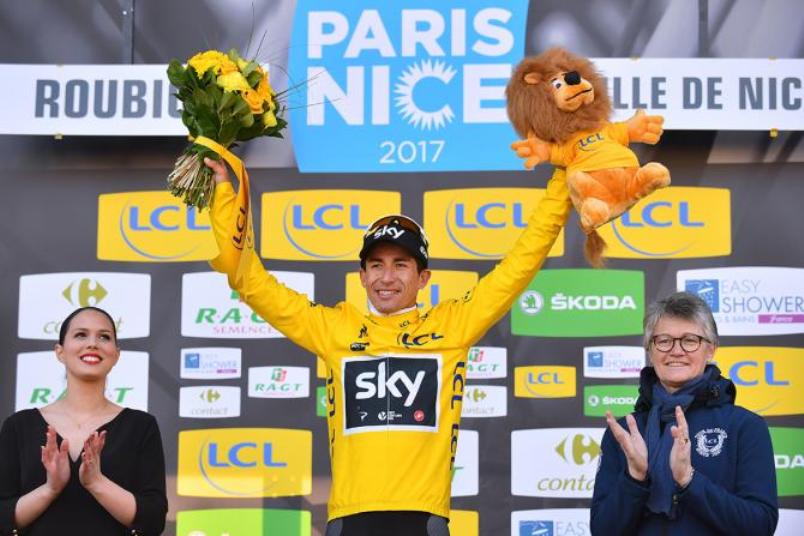 Colombia’s Sergio Henao lifted his troubled Sky team’s spirits with a two-second success over Alberto Contador in the Paris-Nice on Sunday.

Henao set up the win when grabbing a half-minute lead in the ‘Race to the Sun’ with fourth in Saturday’s penultimate stage.

But Henao, following up Team Sky’s win with Geraint Thomas last year, only scraped home in the face of a determined challenge from Contador.

The Spaniard, placed third at 31sec at the start of the day, took second in the closing stage behind his fellow countryman David de la Cruz.

The British team have been hit by doping and sexism rows in recent weeks, their reputation taking a battering as a result.

Henao had said he hoped to see out the win for beleaguered team chief Dave Brailsford. – Agence France-Presse