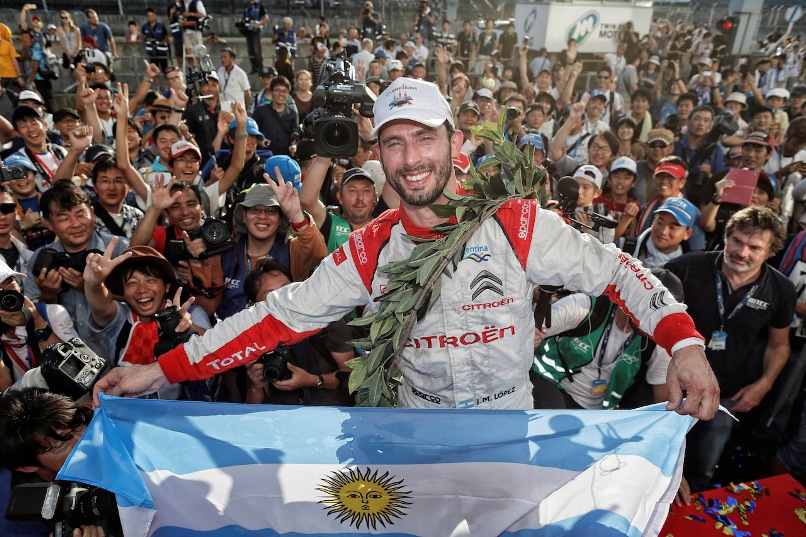 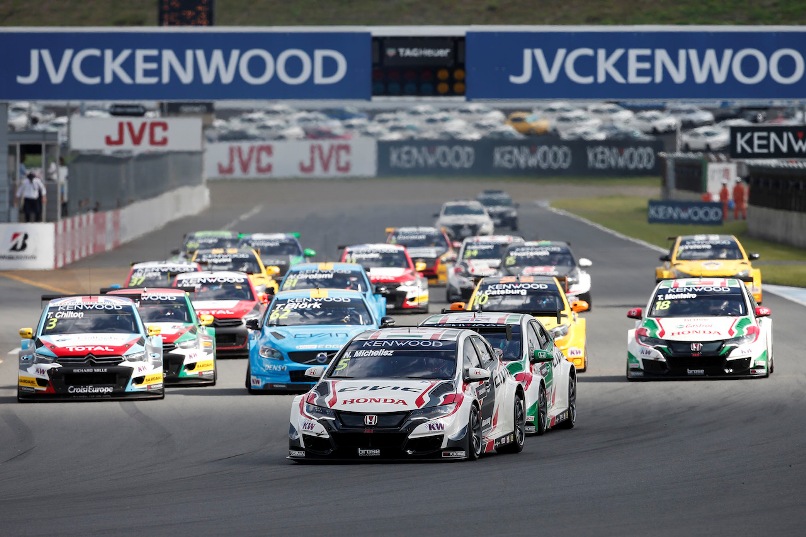 López is the provisional WTCC champion for 2016*

After finishing a battling fourth in the Opening Race, the Argentine was leading the Main Race comfortably from the DHL pole position when he slowed to let Citroën team-mate Yvan Muller take what was the four-time world champion’s first victory of 2016. However, second place was enough to put López’s third WTCC title beyond doubt*.

Néstor Girolami marked his return to WTCC action with fifth for Polestar Cyan Racing in the Main Race, as Nicky Catsburg and Gabriele Tarquini scored points for LADA. López claimed the TAG Heuer Best Lap Trophy for his 1m58.061s effort in the Main Race.

OPENING RACE REPORT: MICHELISZ WINS IN A HONDA 1-2-3 IN JAPAN
Honda enjoyed a dream result in the Opening Race at FIA WTCC JVCKENWOOD Race of Japan with Norbert Michelisz heading a 1-2-3 finish for the home manufacturer. Michelisz led from DHL pole position to chequered flag for his maiden win of 2016 and his first since his step up from independent racer to factory Honda driver. At the start, Tom Chilton challenged Thed Björk for third into the first corner, but the Briton was quickly shuffled back to eighth. Having held on to third, Björk went on the attack in his Volvo, looking for a way past Rob Huff ahead of him, but Tiago Monteiro was instead able to overtake the Swede and set up the all-Honda podium.

José María López battled through to fourth from P10 on the grid. He capitalised on Citroën team-mate Yvan Muller getting sideways whilst attacking Nicky Catsburg to pass both before going on to overtake Björk, who slipped back to sixth behind Muller. After making contact with López, Catsburg finished seventh for LADA in front of the WTCC Trophy winner Chilton. Néstor Girolami finished his first race back in the WTCC with Polestar Cyan Racing in ninth, while Gabriele Tarquini completed the point-scorers in P10.

Honda’s home hero Ryo Michigami was next up, one place ahead of Tom Coronel, who charged from the back of the grid. Mehdi Bennani had been running in the top 10 until a drive-through penalty for a false start dropped him down the order. Ferenc Ficza was a non-starter due to an oil leak on his privateer Honda. Hugo Valente retired his LADA with damage at the end of the opening lap, the result of contact with Grégoire Demoustier, who was handed a drive-through penalty for his part in the incident.

MAIN RACE REPORT: MULLER PROFITS FROM LÓPEZ GESTURE
Yvan Muller took victory in the Main Race at FIA WTCC JVCKENWOOD Race of Japan, but second was enough for José María López to become provisional champion*. López led the race from the DHL pole position, but allowed his Citroën team-mate Muller past in the closing stages, with the Frenchman claiming his first win of the season to draw level with Tiago Monteiro in the battle for the championship runner-up spot.

After celebrating provisionally claiming his third WTCC title, López explained that the gesture was a thank you to his team-mate. Monteiro made it a double podium for himself at Honda’s home event after passing the WTCC Trophy winner Mehdi Bennani into the first corner. Néstor Girolami claimed a fine fifth place on his first weekend back in the WTCC with Polestar Cyan Racing, the Argentine making a pass on Tom Chilton.

Thed Björk finished seventh in the second Volvo, ahead of the Hondas of Norbert Michelisz and Rob Huff. Gabriele Tarquini again completed the top 10 in his LADA after overtaking his team-mate Nicky Catsburg as they battled with James Thompson. Hugo Valente was P13 with Tom Coronel next up. Dániel Nagy was late starting while his Zengo team replaced a broken driveshaft.

It was closely fought between Honda and LADA early in their efforts, but once Norbert Michelisz recovered from an off-track moment at the rear of the Honda train, the home manufacturer was able to claim second place. Citroën’s WTCC MAC3 success, its fourth of the year, rounded out a strong day for the make with López taking the DHL pole position for Sunday’s Main Race and Muller joining him on the front row of the grid, while Mehdi Bennani was the quickest WTCC Trophy contender in a private car. “I can only be very happy with a day like this,” said Yves Matton, the Citroën Team Principal.  “The team did a perfect job in WTCC MAC3. We came back to a normal strategy after trying something different in Argentina and it seems it’s the best solution.”

RACE WINNER QUOTES (full transcript available soon athttp://media.fiawtcc.com)
Norbert Michelisz (Opening Race winner): “It’s just unbelievable. After missing the race win here last year I was just focusing a lot on winning today. I had a good start, it was almost perfect, and luckily my two team-mates, Rob and Tiago, were doing the perfect job behind me so in the second half of the race I could relax a little bit. To win with the maximum 80 kilograms of success ballast really shows the progress we have made and is very promising for the future.”

Yvan Muller (Main Race winner): “First of all I have to congratulate José because he is a big champion, fast and since three years probably the best driver so far. All my weekend was really good. I was putting all my energy at the start of the Main Race but unfortunately it was not enough and after that I was driving hard and as fast as I could just to keep a gap with Tiago because for the moment Tiago is my target in the championship. I am pleased now we are equal on points and it will be a good fight between us for the rest of the season.”

José María López (provisional WTCC champion 2016): “I am one of the happiest people in the world right now. As I have said before, sometimes behind the cameras people see a hard and cold man but we all are human beings and there are a lot of things and a lot of emotion behind a world championship. You don’t win a championship easy, you don’t win a race easily. It’s been a fantastic three years for me.

Any driver in the world would like to achieve this. I’ve been lucky enough to be in the best team in the world with great team-mates, a great family, a great girlfriend, everything. Everything came together in these last three years and I have to say thank you to everybody. It’s not only me, it’s a lot of things. The WTCC that gave me the opportunity but mostly the team, I wouldn’t be here without Citroën today so thank you to them.

It was not an easy decision to let Yvan win the Main Race because it’s not easy for me to give up a win. It was more a gesture to Yvan and I hope he doesn’t take it the wrong way. I was thinking maybe it was the wrong decision, that it was disrespectful but what I was thinking and why I did it is I wanted to show my respect to him because he’s a great champion, a great team-mate, we had a fair fight over three years and this is what I felt. It was hard, I wanted to win, I wanted to hear my national song on the podium but I don’t know how many times I will have the opportunity to thank him like this. Yvan is still the greatest in the WTCC.”

*José María López is the provisional FIA World Touring Car champion for 2016 subject to official FIA confirmation. This is because the WTCC promoter, Eurosport Events, has made a request to the FIA Touring Car Commission to cancel WTCC Race of Thailand, which will mean the championship will run over 11 events rather than 12, subject to final ratification by the FIA World Motor Sport Council.