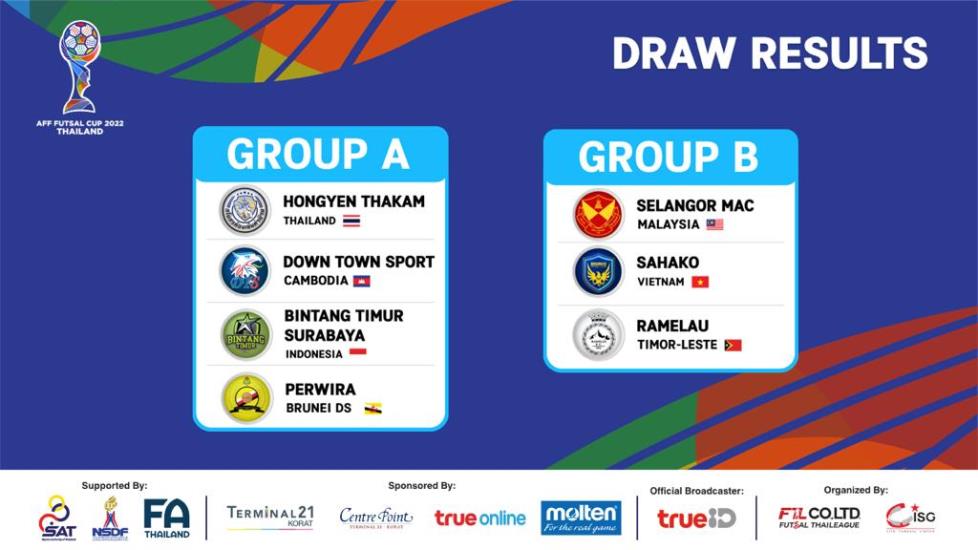 It is expected to be a keen contest in the AFF Futsal Cup slated for 4-10 September 2022 in Nakhon Ratchasima, Thailand.

Following the official draw of the AFF Futsal Cup this afternoon, host Hongyen Thakam will be up against Cambodia’s Down Town Sport in Group A alongside Bintang Timur Surabaya from Indonesia and Brunei DS’ Perwira FC.

Group B are Selangor MAC from Malaysia, Sahako FC from Vietnam, and Timor Leste’s Remalau FC.

With just the top two teams from each group making the cut to the crossover semifinals, the contest will be keen indeed in spite of the fact that Group B will have a team less as compared to Group A.

But given that these are clubs whereby, for the most part, were either league champions or runners-up, their quality is beyond doubt.

So who will emerge victorious?