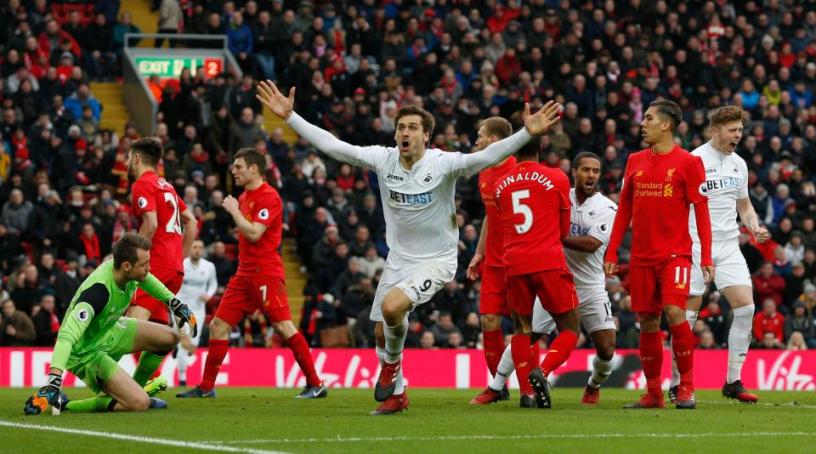 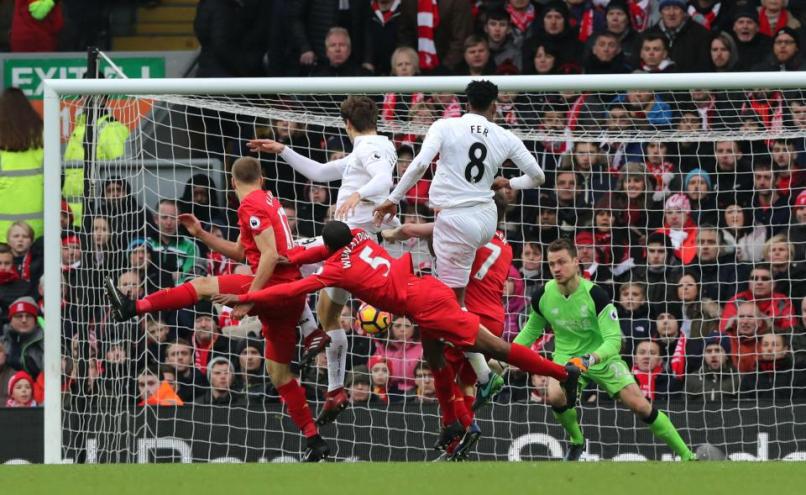 Reds boss Klopp was furious Swansea striker Fernando Llorente was allowed to score twice in quick succession in the second half after lapses in concentration from the Liverpool defence.

“The defending around all three goals wasn’t good enough, 100 percent. It’s a very important part of the game,” Klopp said.

“I don’t know how Llorente could be completely alone to score the first in the six-yard box.

“Their second goal, I can accept the header but we needed to stop the cross.

“For the third goal there was almost everything wrong. It started with the reaction to the long ball.”

Liverpool remain seven points behind leaders Chelsea, who can extend that gap to 10 with a victory over Hull on Sunday.

That would leave Liverpool’s title hopes hanging by a slender thread and Klopp challenged his players to prove they can bounce back quickly after such an embarrassing loss.

“If this defeat influences us, then it could be (damaging). We have lost, but it has to feel really bad. And it does. We have to react,” he said.

“I don’t look for luck. But it’s obvious we didn’t have a lot today.

“There was frustration and disappointment. You could hear in stadium it wasn’t most entertaining in first half.

“We couldn’t score, and then after half-time we need to be spot on immediately, but we weren’t.” – Agence France-Presse