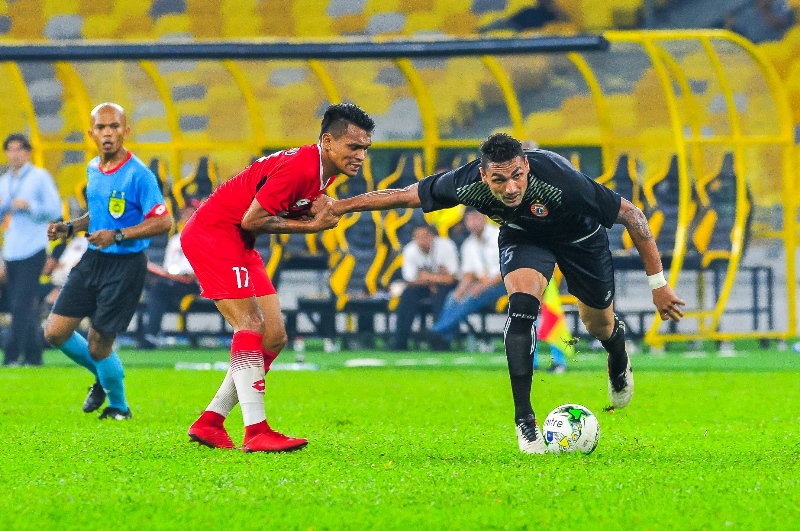 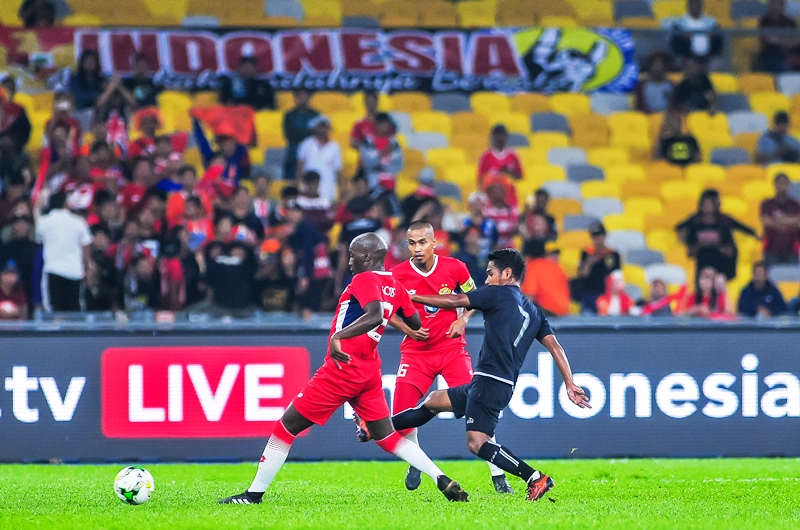 Following their 3-1 victory over Ratchaburi FC last Saturday (13 January), Persija stepped onto the pitch aiming for nothing less than a win to seal the title in the three-team round robin competition held for the first time in Kuala Lumpur.

However, it was Kelantan who walked away winners and had Ferdinand Sinaga to thank as the former PSM Makasar striker was responsible in winning a penalty when he was brought down in the box by Persija’s  Vava Mario Vagallo in the in 73rd minute.

Kelantan, the 2012 treble champions, now only need a draw in their last match against Thailand’s Ratchaburi FC on Sunday (20 January) to seal the title.

Parading four of its newly signed import players in the first half, Kelantan went on the offensive after a dull 15 first minutes with former PSM Makasar striker Ferdinand Alfred Sinaga continuously threatening the visitors’ frontline.

Persija, with captain Maman Abdul marshaling their defence line, played well to absorb attacks from Kelantan front liners made up of Fakhrul Zaman, Korean Do Dong Hyun and Mohd Nor Farhan.

It was not until the 11th minute when Kelantan almost broke the duck but Mohd Nor Farhan’s powerful shot failed to beat Persija custodian Dary Ono.

Persija replied almost immediately with a swift counter attack which saw Croatian Marko Simic blasting a grounder from close range, only to be foiled by Kelantan goalkeeper Khairul Fahmi.

It could have been two-up for Persija in the last 15 minutes of the first half, but Simic, who scored a goal in Persija’s match against Ratchaburi FC, again blundered two golden opportunities in the 34th and 44th minutes.

It was Persija who did most of the attacking and attempts after the breather, but Kelantan defence, marshaled by Amridwan Taj, proved to be a solid wall for the visitors. Determined to break the deadlock, Kelantan brought in newly-signed Brazilian Bruno Lopes to add sting to their strike force.

Simic almost got his name in the score sheet in the 56th while Sandri Darma Sute’s long shot from outside the box 10 minutes later was saved by the in-form Khairul Fahmi.

It was not until the 74th minute when Kelantan finally broke the deadlock following a foul on striker Ferdinand Sinaga, who was brought down by Persija’s Vava Mario Vagllo in the box. Referee Zulkarnain Zakaria made no hesitation pointing to the spot. Lopes coolly slotted in the goal, sending goalkepeer Dary Onon diving into the wrong direction.

Saturday’s (20th January) last match between Kelantan and Ratchaburi FC will decide the winner with Kelantan needing at least a draw to lift the cup.

“Overall, it was a good and compact match. Persija put up a good fight and were highly spirited. It was difficult in the early part of the match but our players especially our defenders played well to absorb the pressure. We still need to work out on various combination and strategy especially with our import players, not only to prepare for the last match, but also for the new season.”

“We had at least seven open chances throughout the match but Kelantan played well to deny us a good result tonight.  We pressed hard but and managed to split up Kelantan’s defence but their goalkeeper was simply in his element. Marko (Simic) had a good game but was a bit lethargic tonight.”