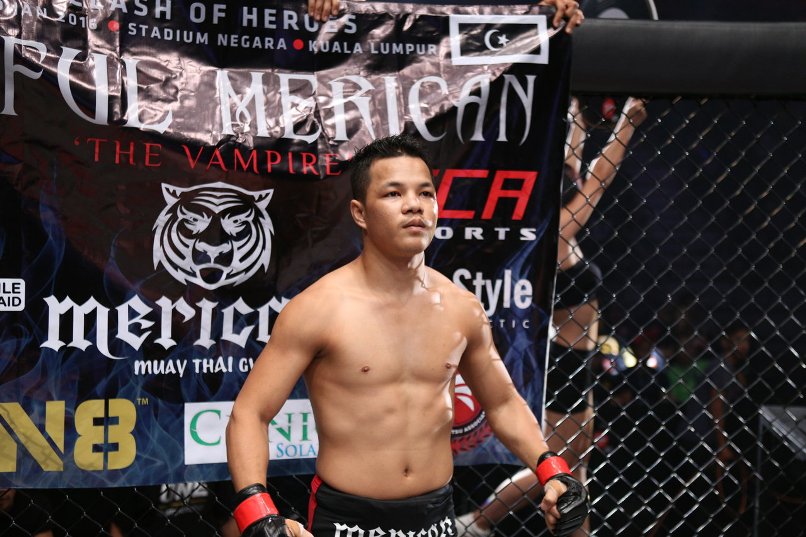 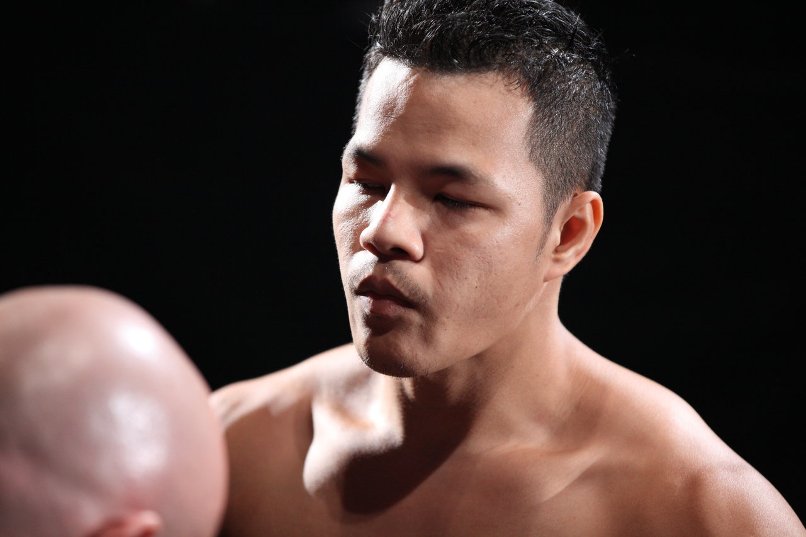 Malaysian standout Saiful “The Vampire” Merican will face an exciting Filipino fighter in his much-awaited return to the ONE Championship on 10 February as he is set to lock horns with Burn “The Hitman” Soriano in a three-round bantamweight clash.

The bout will be one of the featured attractions at ONE: THRONE OF TIGERS, which takes place at the 12,000-seater Stadium Negara in Merican’s hometown of Kuala Lumpur, Malaysia.

Merican, who makes his bantamweight debut against Soriano, is coming off a first-round knockout loss to Team Lakay’s Geje Eustaquio in January 2016.

Although he has the chance to settle the score with a Filipino combatant in his comeback bout, to the 28-year-old Malaysian stalwart was quick to shot down the notion that he is out to avenge his setback to Eustaquio with a win over Soriano.

“It’s not personal. This is purely business against Burn Soriano. I hold no grudges win or lose. At the end of the day, it is a sport,” Merican said.

According to Merican, his top priority is reinserting his name into the winner’s column again. However, he knows that it will not be an easy task.

“I’ve been out for over a year. I’m so eager to bounce back and get this win. But I know this will not be easy because I have a tough foe in front of me,” he stated.

With a professional mixed martial arts record of 3-2 which includes two wins by submission and one by knockout, Soriano looks to continue his winning ways inside the ONE Championship cage.

“Soriano is well-rounded. He can fight standing up. He can also fight on the ground. That’s why I am doing some extra work in both aspects. I won’t let him have the leverage whether it’s in striking or grappling,” Merican said of his marquee match-up against Soriano.

Although both men possess superb striking backgrounds, Merican believes that he still has the upper hand in the stand-up department.

“I know he will come to fight and strike with me, but I am confident that I will prevail if he wants to stand and bang. My Muay Thai background is tried and tested,” he asserted.

Merican prides himself in being an exhilarating competitor, who is willing to please the crowd by always seeking the highlight-reel finish.

“For sure, it’s going to be a good fight. It will not go into the three judges’ hands for a decision. It will have a decisive finish,” he claimed.