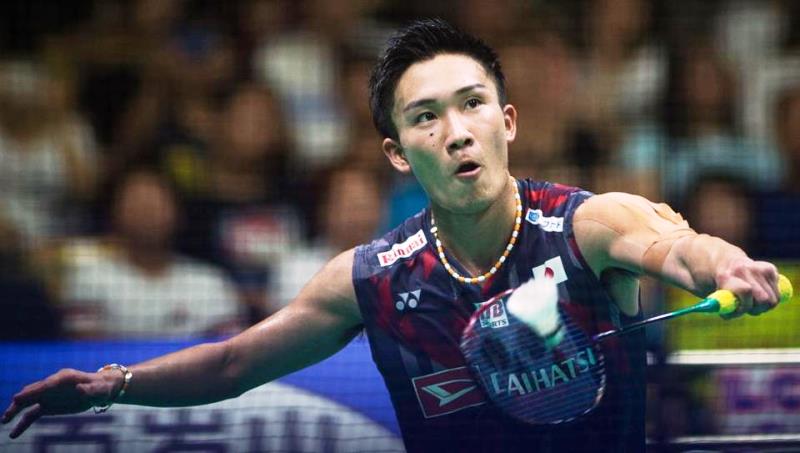 Share
Facebook
Twitter
WhatsApp
Email
Print
World number one and top seed Kento Momota lasted only 74 minutes in the USD350,000 Perodua Malaysia Masters at the Axiata Arena in Bukit Jalil on Wednesday – going out in the first round.
The reigning Asian and world champion was humbled 21-15, 14-21, 22-20 by his unseeded compatriot Kenta Nishimoto. Momota had gone into the match with 2-0 advantage in the head to head count after winning in the China Open last year and the Canada Open in 2017.
Nishimoto will now take on Malaysia’s hope Lee Zii Jia for a place in the quarter-finals.
Zii Jia, who had to come through the qualifying rounds to make the main draw was also taken the full distance in his come-from-behind 14-21, 21-18, 21-10 win over Thailand’s Tanongsak Saensomnoonsuk in 62 minutes.
Malaysian professional Liew Daren also ended his losing streak to Indonesia’s Tommy Sugiarto. The Malaysian defeated the number eight seed 23-21, 21-13 in a remarkable fightback in the first game.
The 31-year-old Daren was staring at a big defeat in the first game after being 2-11 down but all that changed when the Thomas Cupper changed his pace in the game.
“I was playing too slow and lacked aggression before the break in the first game. All that changed after I upped my tempo and changed my pace in the game,” said Daren.
Daren will face Danish qualifier Victor Svendsen who strolled into the second round when his first round opponent, Korean veteran Lee hyun-il retired afteronly two minutes of play with the score 3-1 in favour of the Dane.
Malaysia’s top men’s doubles pair Goh V Shem-Tan Wee Kiong, who won the Thailand Masters last week needed three games to beat Chinese qualifier Di Zijian-Wang Chang 21-14, 19-21, 21-9.
The Rio Olympic silver medal winners who turned professional this year will face sixth seeds Mohamad Ahsan-Hendra Setiawan in the second round. The Indonesians beat Korean privateers Kim Gi-jung-Lee Yong-dae 21-16, 21-13.
Also through are Ong Yew Sin-Teo Ee Yi and Aaron Chia-Soh Wooi Yik. – BY RIZAL ABDULLAH