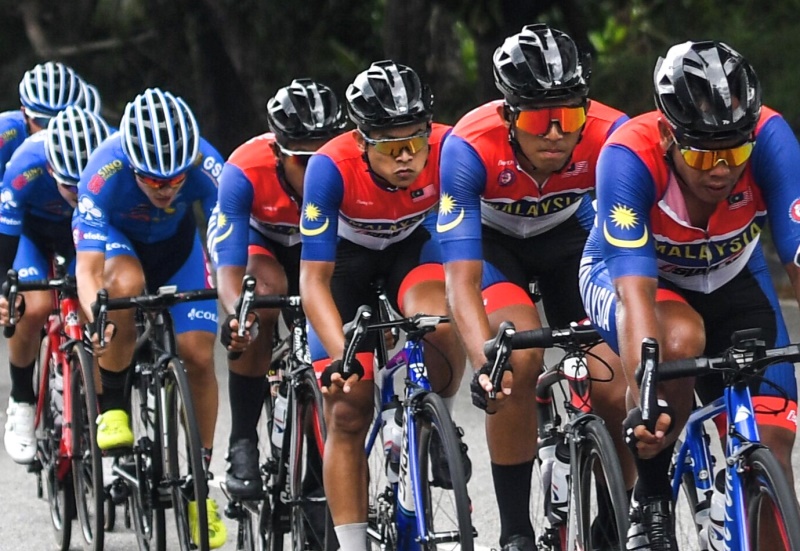 WITH three stages left on the route, sprinter specialist Anuar Manan remains upbeat and believes he can still strike favourable results before the PETRONAS Le Tour de Langkawi 2020 wraps up this Friday, in Langkawi.

The 34-year old former LTdL stage winner finished 9th in today’s Stage 5 bunch sprint in Ipoh and remained positive despite languishing at the 37th spot in the sprinters’ classification competition.

“Unlike the last 4 stages, I felt good today and managed to slot myself at the front of the bunch as we approach the finishing line.

“However, I got blocked and couldn’t get out of the pack. But with today’s 9th spot, I gained a bit of confidence to go flat out in the next three stages which suit a sprinter like me,” said Anuar who created history by becoming the first Malaysian rider to win a stage in LTdL in 2010.

Anuar is riding for the Malaysian national team in LTdL for the first time in 10 years.

Acknowledging that he is already in the twilight of his racing career, Anuar is determined to prove his worth in the next there stages to Penang, Alor Setar and in Langkawi on Friday.

On the performance of Malaysian riders in the race, Anuar said the local riders are progressing positively and today’s victory by Mohd Harrif Saleh is proof of Malaysia’s progress in cycling.

“I’m happy to see that our riders are progressing on the right track. We nee to build on this winning momentum and continue to invest in new talents” said Anuar.