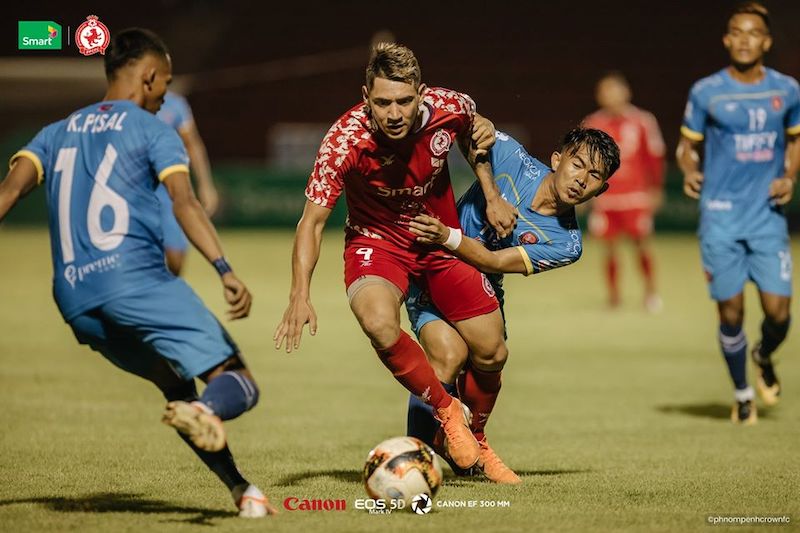 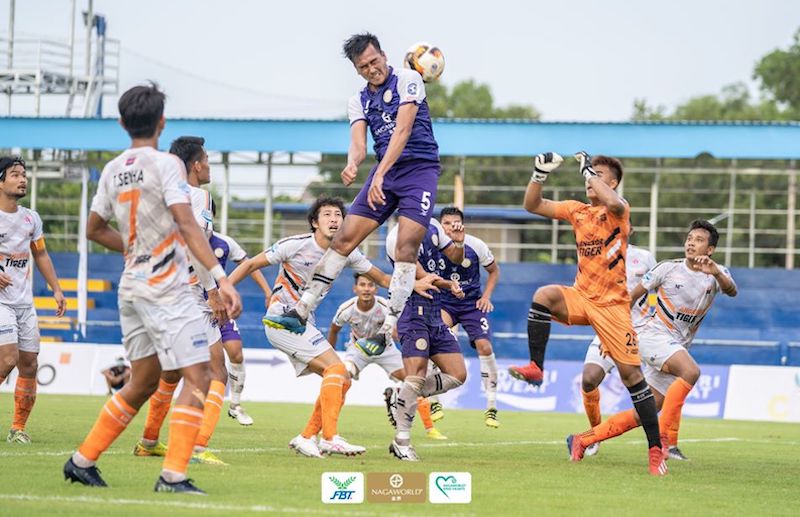 It was a weekend to forget for former champions Phnom Penh Crown FC and Nagaworld FC when they lost ground in the top half of the Metfone Cambodia League 2020.

Phnom Penh fell to a 3-2 loss to National Defense while Nagaworld conceded a 2-0 loss to Angkor Tiger.

In the match that was played at the RSN Stadium, an ominous lead from Romario in the 20th minute for National Defense was certainly not what Phnom Penh had expected.

And while Phnom Penh managed to come back with two goals from Esoh Omogba (45th minute) and Thiva Brak (72nd), a late surge in the closing stages of the game from National Defense denied them the full points.

On the other hand, Nagaworld put in a lackluster performance to fall to a 2-0 loss to Angkor Tiger – Pisa Choum (41st) and Joichiro Sugiyama (87th).

With the losses, Phnom Penh remained on fourth as Nagaworld stayed on fifth after 11 matches played.