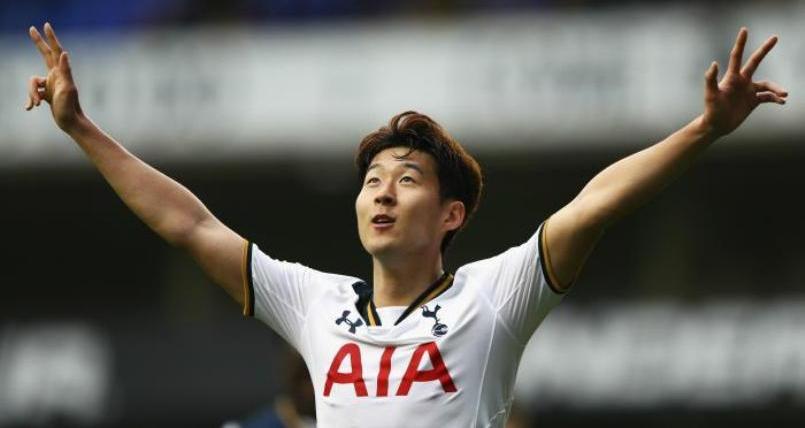 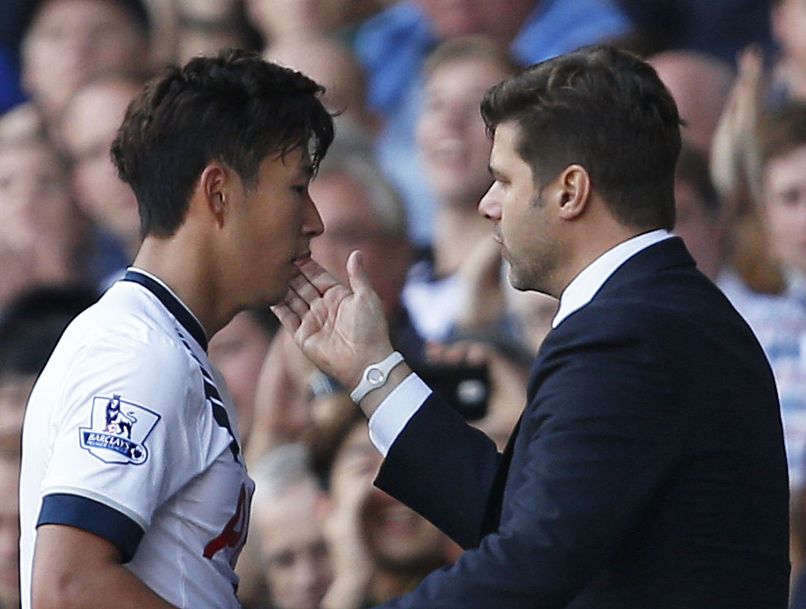 Son found himself thrust into the spotlight at White Hart Lane on Sunday as he scored his first goals since January in Tottenham’s 6-0 FA Cup quarter-final thrashing of third-tier Millwall.

The South Korea star’s goal blitz was the perfect response to a section of the Millwall support who aimed unsavoury chants at him in the first half.

They were heard singing “dvd” and “three for a fiver” in reference to the stereotype of Asian market traders selling bootleg copies of films.

Son’s goals were also well-timed for Tottenham boss Pochettino, who fears Kane could be sidelined with an ankle injury for the rest of the season.

Kane left the Lane on crutches with his foot in a protective boot and Pochettino fears it is a similar injury to the one that kept the England striker out for seven weeks earlier this term.

A repeat would leave Son and Vincent Janssen, who also scored against Millwall, as Pochettino’s main options for the central striker’s role.

“Of course I’m sad about Harry’s injury but we have to find a solution,” Pochettino said.

“Harry is one of the best strikers in England but we can’t cry. It’s never an excuse if we don’t achieve our aims without Harry.

“When players don’t play often they have to be ready to show their quality.

“It’s about the team performance, with different names and players.

“Son can play like a striker. If you remember one of our best performances was against Man City here when he was a striker when Harry was injured.”

While Pochettino is confident in Son’s ability to deputise for Kane, he will still be keeping his fingers crossed the striker can return in time to aid Tottenham’s FA Cup and Premier League ambitions.

Kane has scored 24 times this season to underline his emergence as one of Europe’s top strikers and Monday’s scan on the injury will have major implications for Tottenham’s season.

“He twisted his ankle in the same way as before. Now we have to wait, we will assess it tomorrow (Monday),” Pochettino said.

“It’s difficult. I looks a similar situation to his injury against Sunderland.

“I’m sure it will be difficult to play against Southampton next weekend.

“When you lose a player like Harry you will miss him, so it’s important the players that replaced him scored some goals. Now we need them.”

Millwall’s bid to claim a fourth Premier League scalp in the FA Cup this season never got started as they were demolished to such an extent that a 10-goal win wouldn’t have flattered Spurs.

Add in the supporters’ Son chants and it was a dispiriting experience for Millwall manager Neil Harris, who was quick to condemn the abuse.

“We came here having the inspiration to cause a major upset, but we also knew Spurs could play really well and cause us a lot of problems,” he said.

“It’s disappointing but I thought Spurs were outstanding today.”

On the taunts from the stands, Harris added: “I didn’t hear anything but myself and the club, we won’t condone that if there is.

“I’m sure it will be investigated and left to the authorities.

“We want people dealt with harshly of course. It’s a shame to be talking about this.

“It’s wrong in society and wrong in football.” – Agence France-Presse