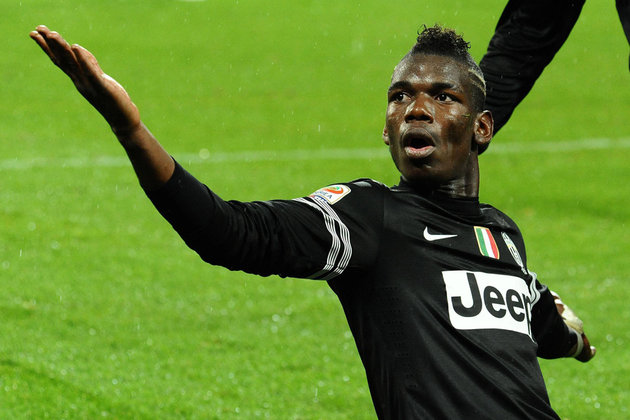 French star Paul Pogba says his time at Manchester United was like being on holiday in comparison to the work he has to do at Juventus.

Pogba, who has helped Juve win three consecutive league titles since controversially quitting United in 2012, made the remark in a wide-ranging interview with Turin daily La Stampa in which he also tips Argentinian team-mate Paulo Dybala as a future winner of the Ballon d’Or.

“People need to know that nothing at Juve is easy,” Pogba said. “There is a different culture of work compared to elsewhere. I was at Manchester: it seemed like being on holiday.

“Here we work so much. All these titles, we didn’t steal them. It was by working right to the end.”

Pogba, who joined United as a 16-year-old academy trainee, was accused of a lack of respect by former United boss Alex Ferguson after refusing to sign a long-term contract at the club following his promotion to the first team squad, for whom he made only three appearances.

And he will not have helped his standing with United fans by letting slip that the teams he chooses to play on PlayStation include local rivals Manchester City but not his former team-mates at Old Trafford.

“I pick Juve, Barca, Madrid and City,” he said. “I even play by myself and sometimes get annoyed because the Pogba in the video game plays better than me.”

Pogba, a regular subject of speculation about a mega-transfer back to the Premier League, also revealed that City midfielder Yaya Toure is one of the players he spends most time watching in a bid to improve his central midfield performances, along with Barca’s Andres Iniesta and Bayern Munich’s Arturo Vidal, a former Juve team-mate.

Playstation also provides Pogba with his nickname for team-mate Dybala, a 32-million-euro summer signing from Palermo who has struck eight goals in 16 Serie A appearances at Juve.

Asked if Dybala, also 22, had the potential to emulate his compatriot Lionel Messi and win the European player of the year award, Pogba replied: “He can get there.

“Do you know what I call him? Square R2, the button that you have to push on a Playstation to do a shot on the turn: he always gets goals like that.

“Has he surprised me? No, because I always said he was a phenomenon. To do what he has done, playing for Juve, is something phenomenal.”

Having dominated Serie A since Pogba’s arrival in 2012, Juventus have found the going tougher this season following the departures of Carlos Tevez, Andrea Pirlo and Vidal.

But after a disastrous start, Massimiliano Allegri’s men have recently hit form, reeling off seven wins on the trot to move to fourth in the table and within three points of leaders Inter Milan.

“It is different (without Pirlo etc),” Pogba said. “There is more responsibility on other players and we’ve had to think about playing together even more.”

As well as targetting a fourth Scudetto, Pogba is expected to be one of the stars of Euro 2016, a tournament he believes France can win.