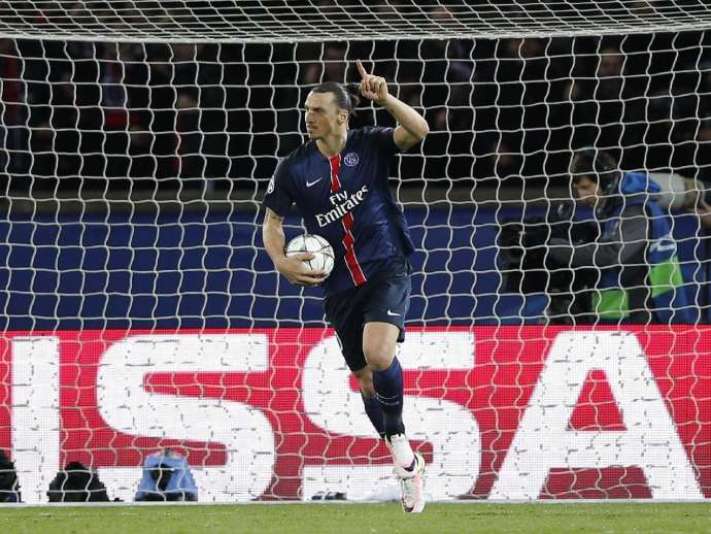 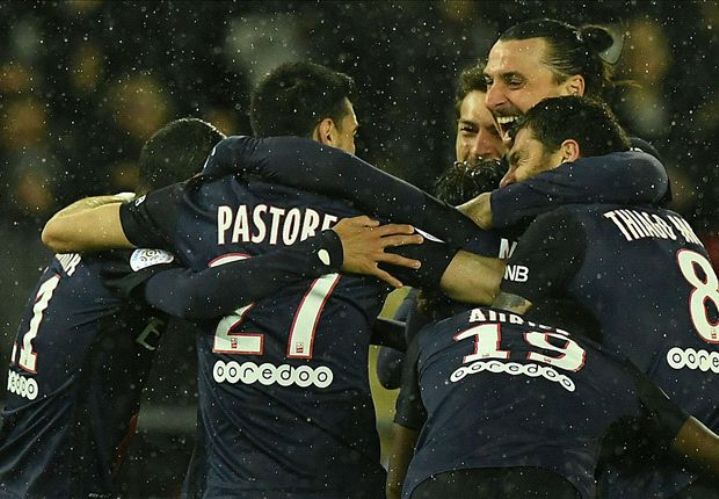 Paris Saint-Germain matched their Ligue 1 points record from the 2013-14 season with Friday’s 4-0 rout of Rennes moving them onto 89 points with three games still to play.

Maxwell struck the opening goal five minutes after half-time on a soggy evening at the Parc des Princes before Zlatan Ibrahimovic scored twice to increase the Swede’s goal haul to 34 for the campaign.

Edinson Cavani added a fourth in stoppage time as PSG earned their 28th win of the season to surpass the previous mark also set two years ago.

With games to come against Gazelec Ajaccio, Bordeaux and Nantes, Laurent Blanc’s side have every chance of breaking another record in a domestic season that has been completely dominated by Paris.

Rennes are now without a win in four games as their European hopes continue to fade, with the defeat leaving the Brittany club a point behind Lille, who visit Lorient on Saturday, in the race for sixth place which would warrant a Europa League spot should PSG beat Marseille in next month’s French Cup final.

A sparse crowd in the capital witnessed little of interest in the opening 45 minutes, Ibrahimovic and Angel Di Maria — both named on the four-man shortlist for Ligue 1 Player of the Year — going close with the Argentine also denied by Benoit Costil.

But PSG burst into life after half-time as Maxwell rolled the ball through the legs of Rennes defender Joris Gnagnon as he strolled into the area before drilling a right-foot shot past Costil via the underside of the crossbar.

Cavani hit the bar shortly after as PSG flexed their muscles, Costil making a string of fine saves to keep out Ibrahimovic, Javier Pastore and Lucas and temporarily limit the damage for Rolland Courbis’ side.

However, there was nothing the Rennes keeper could do as Ibrahimovic shrugged off Ludovic Baal after being played in by Pastore to blast in his second goal of the game 12 minutes from time.

Marco Verratti, who replaced Benjamin Stambouli for the final half-hour, released Cavani in stoppage time with the Uruguayan putting a series of earlier misses behind him by picking out the far corner for his 16th goal of the season.

Saint-Etienne, who like Nice are just two points behind Lyon and Monaco, will aim for a sixth straight win at home to Toulouse.

Marseille travel to Angers on Sunday looking to snap an 11-game winless run in the league which has left the struggling French giants just five points above the relegation zone. – Agence France-Presse