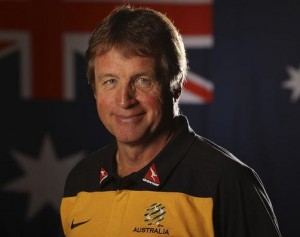 * Inability to communicate with the Pahang FA president

* Termination due to difference of opinion how team should play

WELL-KNOWN football coach Ronald Smith has quit Pahang – two months after taking over the hot-seat from Dollah Salleh who helped the Elephants win the Malaysia Cup last season after 21-years.

The England-born Australian started the 2014 season with a bang when Pahang won the Charity Shield – also after 21-years.

Pahang won the curtain raiser with a 1-0 win over defending Super League champions Lions XII. The match also counted as a league match.

Smith also plotted Pahang’s 2-1 win over the Lions in a second round FA Cup match for a place in the quarterfinals. The win shattered Singapore’s 18-match unbeaten run at the Jalan Besar Stadium.

“It was a mutual agreement by both parties to terminate my contract with the Pahang FA. The termination was due to difference of opinion about how the team should play and how results might be achieved as the season progresses,” he explained.

“I asked for an agreement when I came here that if either party was not happy after two months we will call it a day.”

Inability to communicate regularly exacerbated the situation, hence the agreement to terminate the contract by both parties.

The 65-year-old Smith leaves for Australia tomorrow night – a disappointed man “not being able to provide a platform for continued development and success in the future” but disappointment for him is “common in football”.

“I leave with no hard feelings,” Smith told Sports247.my on his short two-month stint in the East Coast.

He helped the Elephants win the Charity Shield in his first match with a 1-0 win over League champions Lions XII.

Another win (2-1) over the Lions in a second round FA Cup match on artificial turf at the Jalan Besar Stadium was satisfying because it ended the Singapore side’s 18-month unbeaten home record as well as earning them a place in the quarterfinals.

“I would like to thank the staff and players for their support and efforts during my short stay here and I wish to them every success for the rest of the year. To the fans I thank them for their amazing support,” said Smith.

Smith has coached Sabah and Johor FC before taking over the job of technical director with the FAM, said he had intended to stay with Pahang for at least a year.

Pahang resume their Super League campaign with a home match against Armed Forces this Saturday. The Elephants are ninth in the league with six points after five matches.