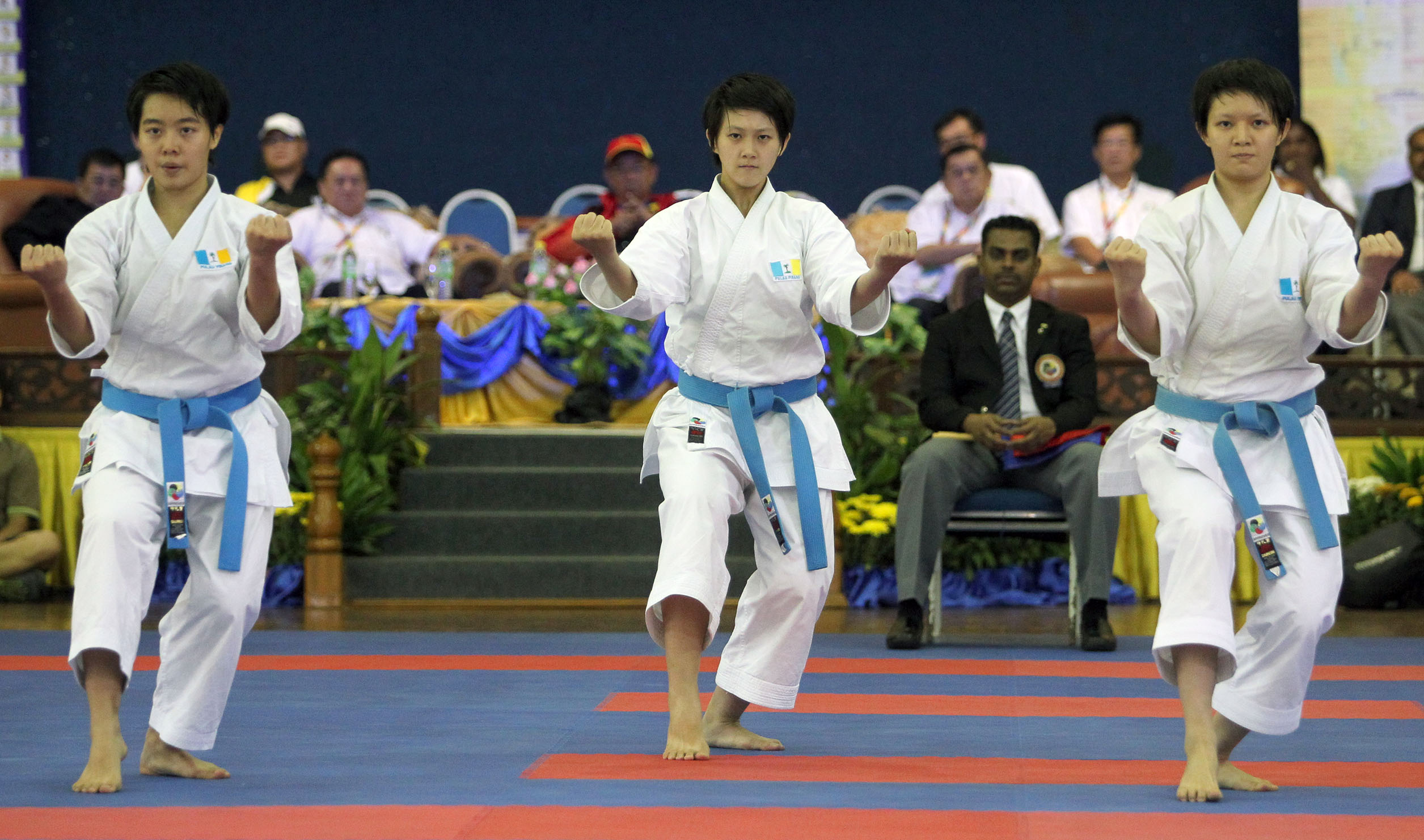 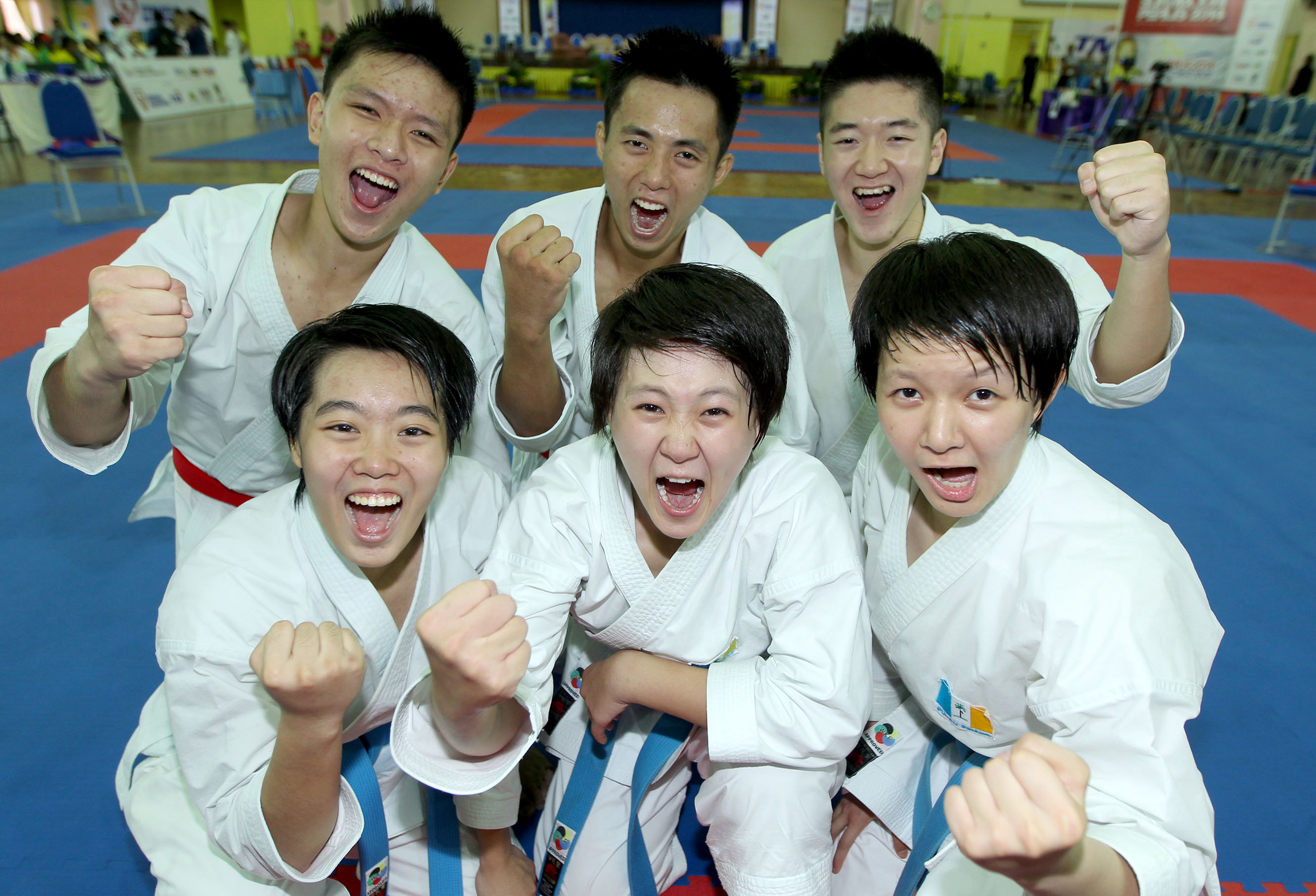 It was another Penang show in karate as Thomson Hoe and Celine Lee Xin Yi led the men’s and women’s team respectively to the team kata gold at Perlis Matriculation College’s Sri Kayangan Hall.

The Penang women thus defended the team kata gold they won at the last SUKMA in Pahang in 2012.

Penang won their third gold medal of the day through L. Levenesswatan in the men’s individual kumite (75kg), beating V. Ravin of Wilayah Persekutuan in the final taking their gold tally to five golds after two days of competition.

Today the Penangites once again showed their might. The men’s team of Thomson, Ivan Oh and Joshua Wong outclassed Perlis, represented by Howart Tan, Ong Yi Kai, Yong Ryotaro with a clean 5-0 score.

“Now I have won my second gold medal. Certainly, I did not expect this but I did train hard because this is my last SUKMA,” said Thomson.

Celine was equally delighted with Penang’s victory in the women’s team kata gold – her third gold medal in SUKMA. She was in the team which won the title at the last SUKMA in Pahang.

Shobana broke Perlis’ hearts by defeating home favourite Nini Erfani Kasman in the final while Syarulniza was too strong for S. Nastenka of Negeri Sembilan. 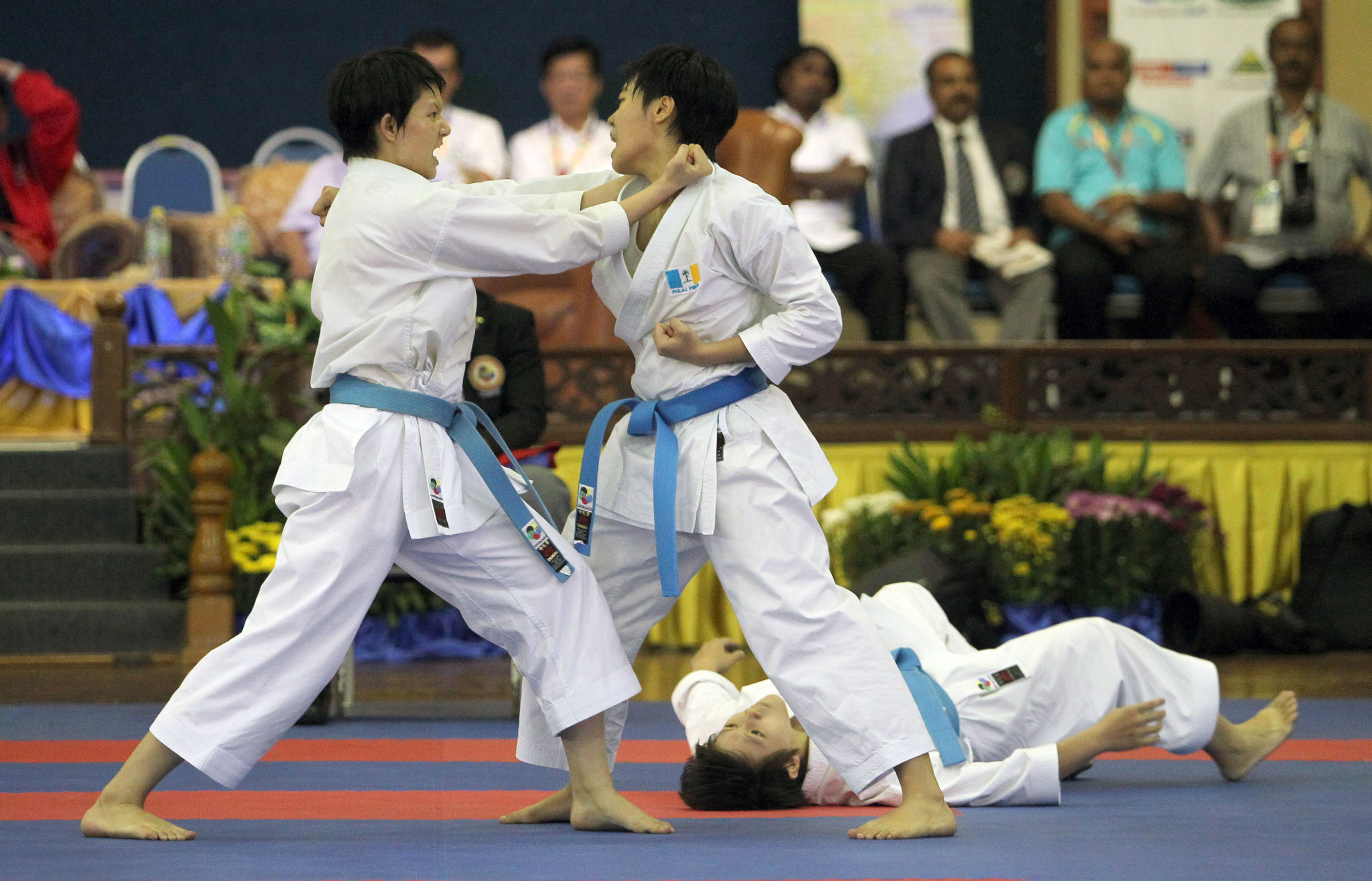