Home 2022 The Anatomy of Winning 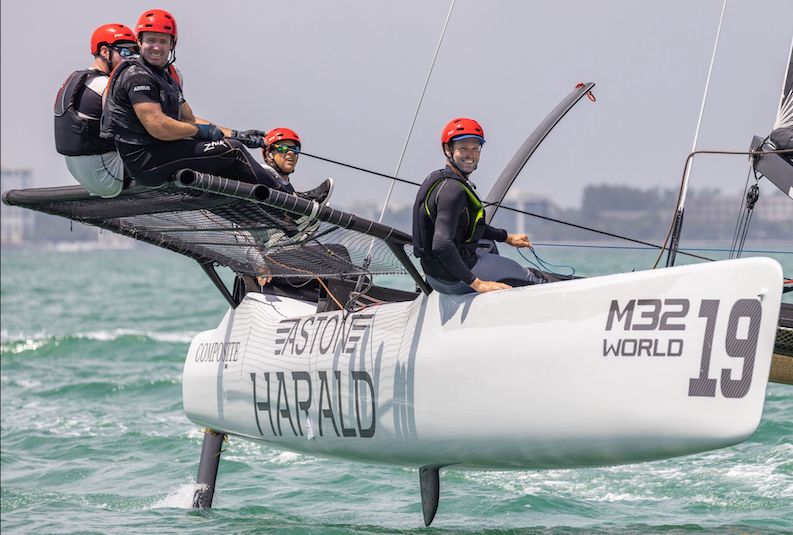 The second event of the Midtown Cup in Newport, RI, treated the fleet to close racing and beautiful sailing conditions. Pursuit with Bill Ruh and Surge with Ryan McKillen started to rack up race wins and daily first but, as we all know, consistency pays and the regatta was won by Extreme2 with skipper Dan Cheresh. 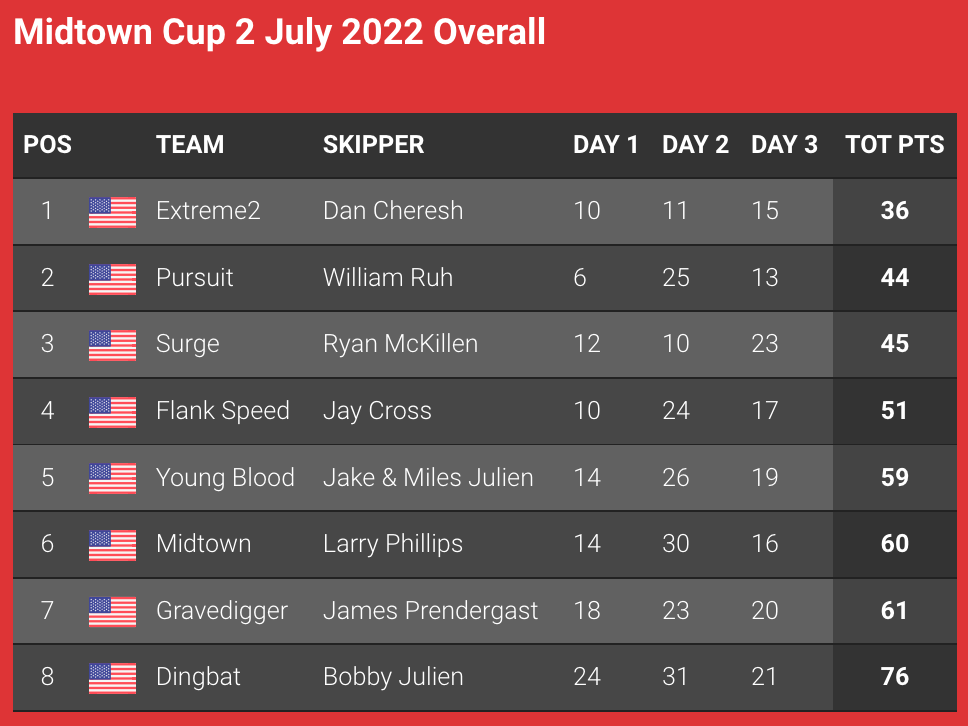 With the win in this event Extreme2 now has a solid lead in the series and has become the team to beat for the upcoming North American Championship. Extreme2 has been racing with the M32 fleet for a few seasons typically with several prominent podium positions but not many regatta wins. We got the opportunity to chat with Dan Cheresh on the success and winning events.
Full Results: m32world.com/results/

Extreme2 – Dan Cheresh
Dan, congratulations, solid results this weekend. You have started with a new team and processes really started in January. How has the team evolved to now standing on top of the podium? 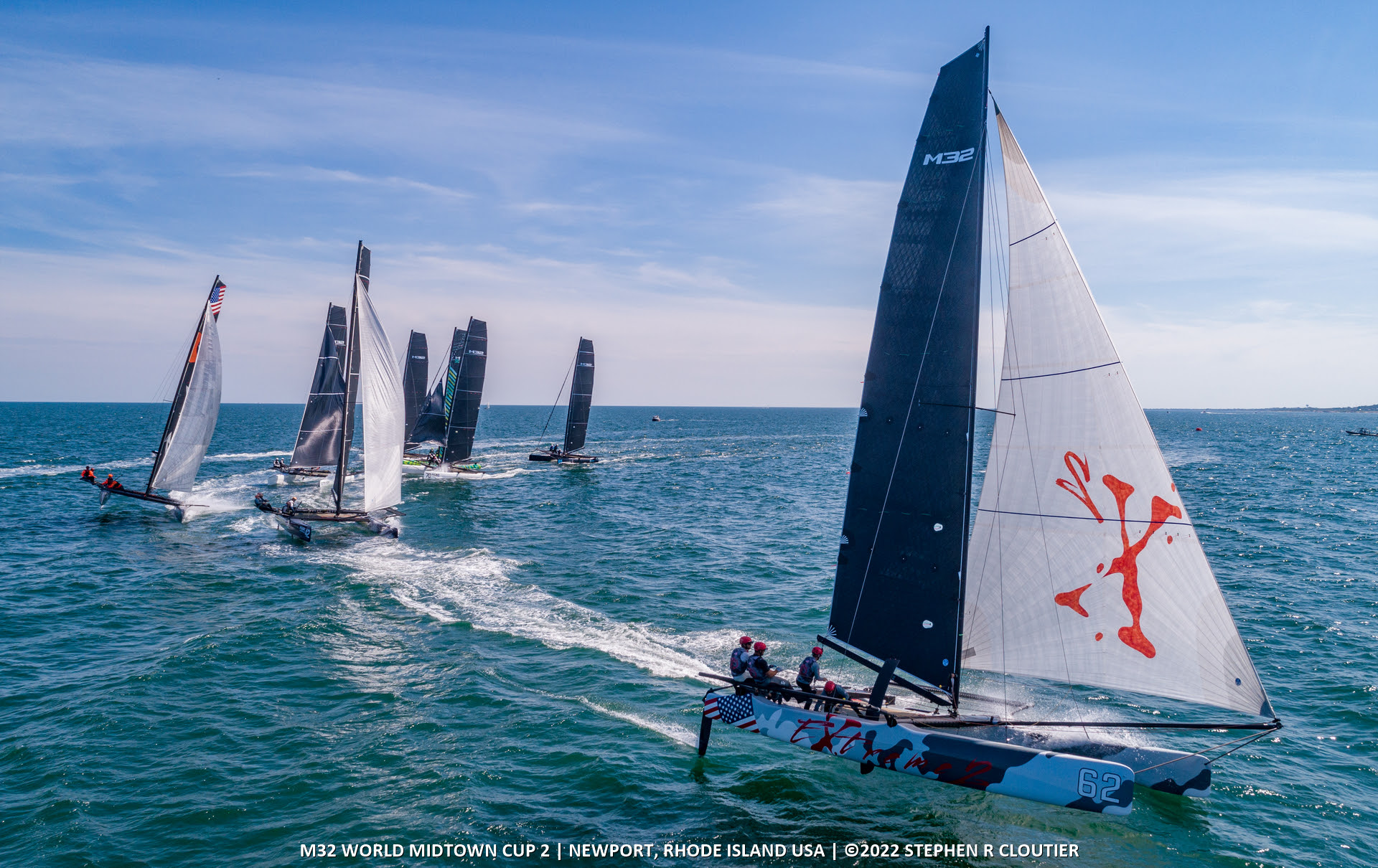 My family commitments over the past couple of years have made it tough to commit to participating consistently, but 2022 allowed me to get back at it. We did start with a new team in January and realized quickly that we had a lot of ground to make up.

The teams in this class continue to improve and evolve so we knew we had a lot of work to do. Our plan was to develop a process, which I think is very important in being able to maintain consistency over a regatta and a season. We wanted to make sure our practice time on the water focussed on what we thought were the most important parts of the race.

We spent our time working on practice starts, time and distance, hitting the correct line after the start and making sure we were coordinated on hull height, trim and angle to the reach mark. Being effective in that area of the race sets things up for a successful race and hopefully a successful regatta result.

How do you like racing out of the Midtown Racing Center in Newport? 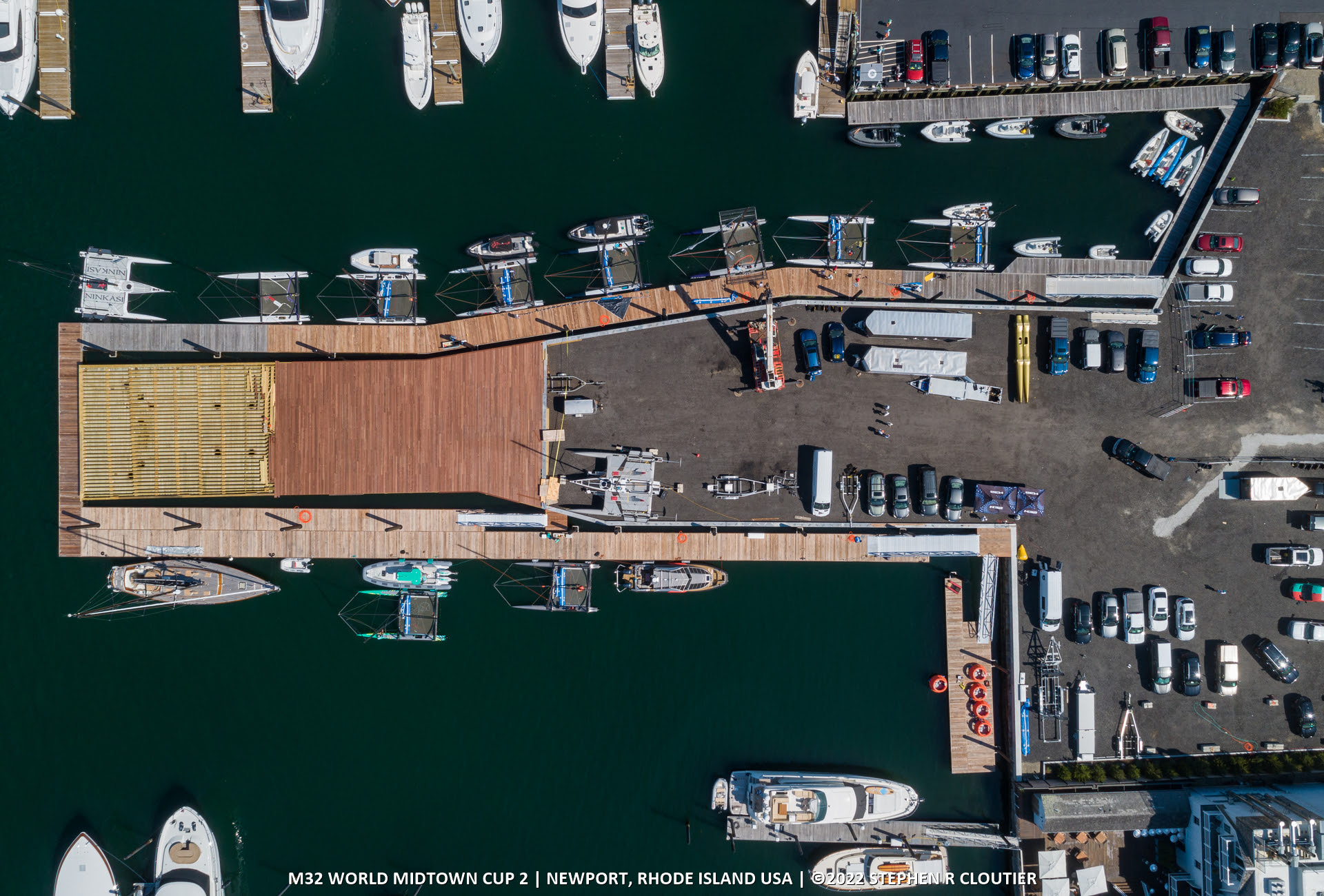 Sailing in Newport RI has been fantastic. We sail in different locations and enjoy a variety of conditions. It’s also just a beautiful place to sail! Add to that, Larry [Ed. Note Larry Phillips, of Midtown Racing] has truly built an amazing sailing complex. It has made the logistics so easy. We are fortunate to have such a great place to set up, dock and break down the boats. Larry’s put together an amazing venue for sailing!

How did you explain that you reeked of champagne on the flight home?
Sticky one. I don’t drink Champagne so the best way I can enjoy it is getting sprayed with it after a win. It was well worth the need for a shower prior to leaving town. I’ll take a Champagne shower anytime!

Thanks Dan and good luck for the rest of the season.

The M32 Demo Boat
The majority of the M32 Fleet got their feet wet in the class via the M32 demo boat. Jakob Wilson heads the M32 Academy and demo boat program.  An accomplished high-performance sailor and competitor on the World Match Race circuit, he specializes in running the M32 Academy, a personalized clinic tailored to each team’s skill set.

Jakobs has been with the M32 since the beginning and has been sailing with most of the sailors on today’s series. ”We have a well-developed program which transits keelboat sailors to multihull sailors. A small 4 person sports boat team, typically J-70 or Melges 24, shows up for a 2-3 days clinic. With the focus on the safety and the essentials of the M32 and multi-hull sailing, we can during a weekend get sailors, owners, and teams up to speed to compete on the M32 series” says Jakob. The M32 builder, Aston Harald, has committed to having a demo boat available on all events this year.
Demo boat info: m32world.com/demoboat/