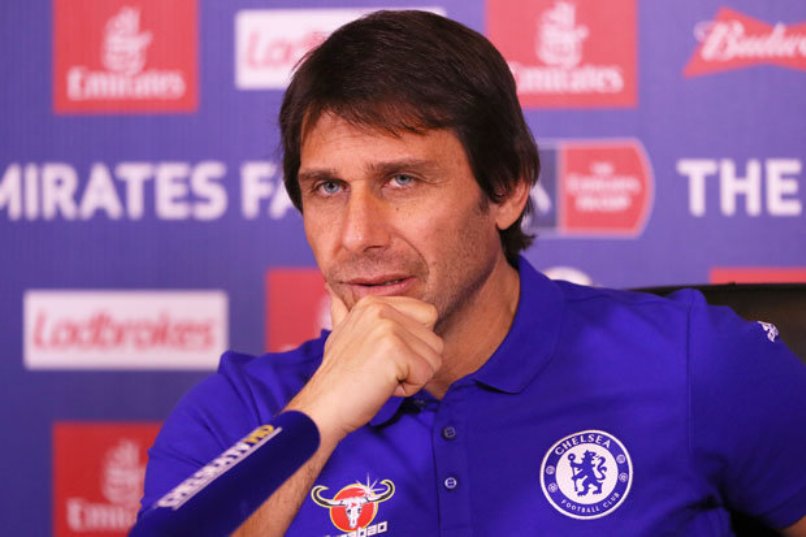 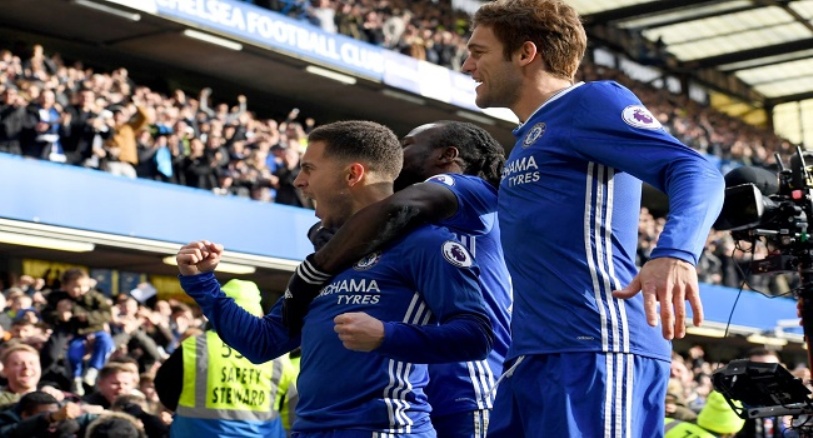 Even as he nursed a thick lip and lamented his sodden suit amid the mayhem of Chelsea’s Premier League title celebrations, Antonio Conte was already targeting his next trophy bid.

The Chelsea manager said his players should enjoy the success they clinched with a 1-0 win at West Bromwich Albion on Friday to give him glory in his first season in charge.

But the Italian now has his eyes on completing the Double with victory over Arsenal in the FA Cup final at Wembley on May 27.

“Now it’s very important to enjoy this moment and celebrate this win because to win in England is not easy,” Conte told reporters at The Hawthorns.

“It’s important for me and also my players because don’t forget that last season was a bad season for the club, the players and the fans.

“Only one year later, to celebrate this win in a league where there are big, big teams with great players and great managers, for me it’s important to celebrate now.

“I think that we have also another target to try to reach because we worked very hard to reach the final of the FA Cup and then it’s important to prepare in the right way for next season.

Conte hurt his lip during a joyous melee with his fellow coaches after Michy Batshuayi’s late winning goal and was forced to change clothes after being sprayed with Champagne in the dressing room.

He was then dragged out of his post-match media conference by celebrating players David Luiz and Diego Costa, but not before pinpointing the key moment in his side’s season.

That came in September, when he responded to back-to-back defeats against Liverpool and Arsenal by implementing the three-man defensive system that served him so well in his three Serie A successes with Juventus.

“Against Arsenal the game was frustrating for me because I didn’t see anything of my work, of my idea of football,” said the 47-year-old, who described his suit as a “disaster” after he was soaked by his players.

“And in that moment it was frustrating for me and I found the strength to change, to take responsibility, to change system and find a new suit for these players.

“It was the key moment for us because every single player found in this system the best for them.

“If you asked me if in my first season I would have this type of finale, I don’t know because our season did not start in the right way with many problems.

“When you arrive after a bad season when the team were 10th, there is not only one problem. There are a lot of problems and to find the right solution quickly wasn’t easy.

“For this I want to thank my players because they trusted in new work and a new philosophy.”

It was Batshuayi’s first league appearance since April 1 and his first league goal since he scored the equaliser in a 2-1 victory at Watford on August 20.

“Michy repaid me a lot for this choice,” Conte said with a smile. “My substitution was very good!”

Home manager Tony Pulis was pleased with the efforts of his players.

“We wanted to make it a tough night. We didn’t want them coming to town and just rolling us over,” said Pulis.

“Full credit to the players. It was a proper match.” – Agence France-Presse