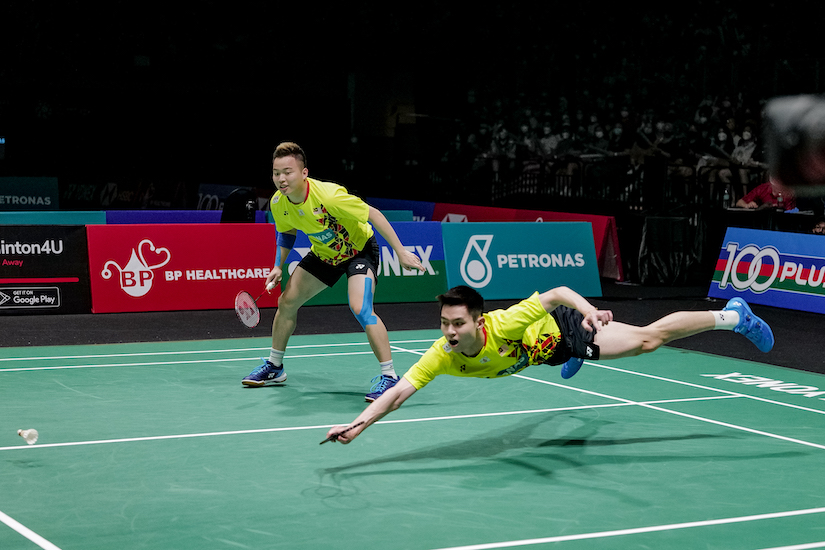 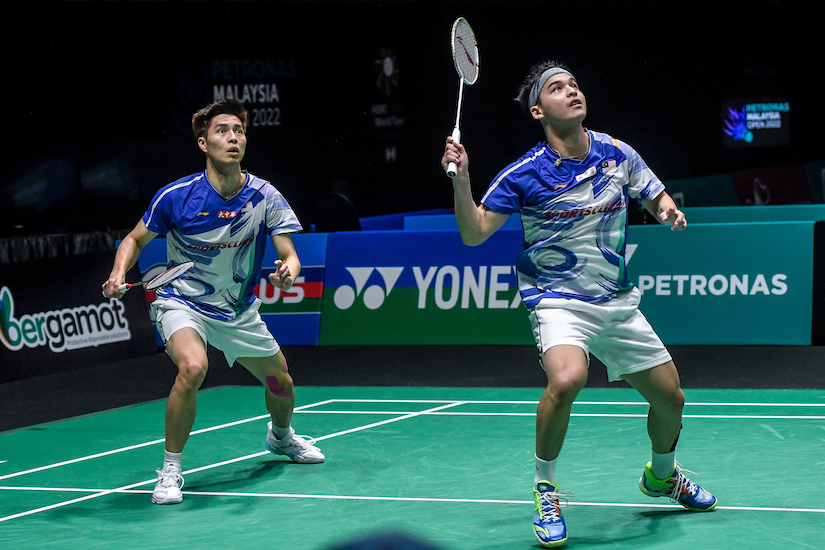 Aaron Chia-Soh Wooi Yik led the charge of two national doubles – the other being Goh Sze Fei-Nur Izzuddin Mohd Rumsani – into the semifinals of the Petronas Badminton Malaysian Open.

Top national pair Aaron-Wooi Yik scored another milestone in their career when they dumped nemesis Mohammad Ahsan-Hendra Setiawan of Indonesia with an exhilarating 21-13, 20-22, 21-19 win in the quarterfinals.

In what was a repeat of their clash at the 2020 Tokyo Olympic Games last July, both set of players demonstrated a high-intensity match to fully entertained the ten thousand fans who had flocked to the Axiata Arena today.

“We knew this match will be pretty intense, but we both stayed the course with a quick game play to overcome the opponents. It turned out to be a success,” Aaron said.

However, Sze Fei-Nur Izzuddin did not have it easy in spite of taking the first set 21-11 with Xuan Yi-Yu Chen fighting hard all the way in the second set to give the Malaysians some anxious moments.

The national doubles, who are ranked 12th in the world, was forced to work harder before they were able to take the second set 22-20 to give further cheer to the local fans.

Nur Izzudin admitted that their opponents from China were not easy to overthrow even though the battle lasted for a good 36 minutes.

“They were quite aggressive and put up some hard resistance in the second set. We were a little anxious but we managed to calm things down to wrest control of the game. We just need to fine-tune our tactics further for the semifinals next,” said the German Open championship-winning duo.

For Sze Fei, he acknowledged that this is the best opportunity for them to achieve success at the Malaysian Open as a sign of gratitude to the supporters who showed up for their game.

Anna Ching-Mei Xing put up one of their best performance to date before losing to Japanese fourth-seeded Mayu Matsumoto-Wakana 15-21, 21-23.