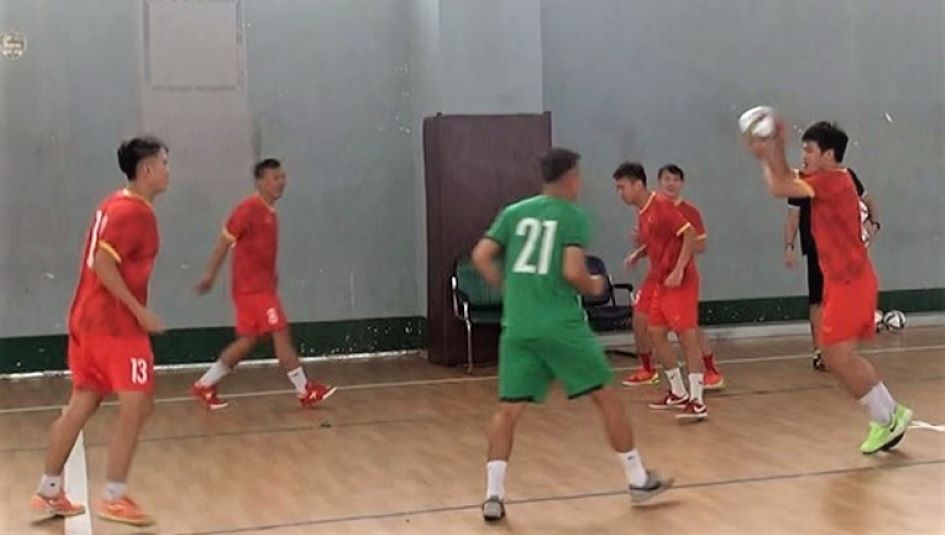 The Vietnam Futsal national team has started their preparation for the 2021 FIFA Futsal World Cup in Lithuania two weeks earlier than planned.

With the second leg of the 2021 HDBank Futsal National Championship on hold due to the COVID-19 pandemic, the decision was made to get the national players together instead.

Prior to the start of training at the Physical Training and Sports Centre of Ho Chi Minh City, the staff and players of the Vietnam Futsal national team underwent two RT-PCR tests (on 17 and 19 July 2021) that returned negative.

They had also received two doses of the COVID-19 vaccine.

A total of 22 players reported for camp under head coach Pham Minh Giang and where they will be in training until 25 August 2021 when they leave for Spain for a quadrangular tournament.

“We are facing a lot of difficulties because of the pandemic but we are all committed and determined to work hard for optimum performance,” said Tran Anh Tu, Chairman of the VFF Futsal Committee and also Vietnam’s Head of Delegation to the 2021 FIFA Futsal World Cup.

After the quadrangular tournament in Spain, the Vietnam Futsal team will then leave for Lithuania on 4 September 2021.

For the 2021 FIFA Futsal World Cup, Vietnam have been placed in Group D alongside Brazil, Czech Republic, and Panama.