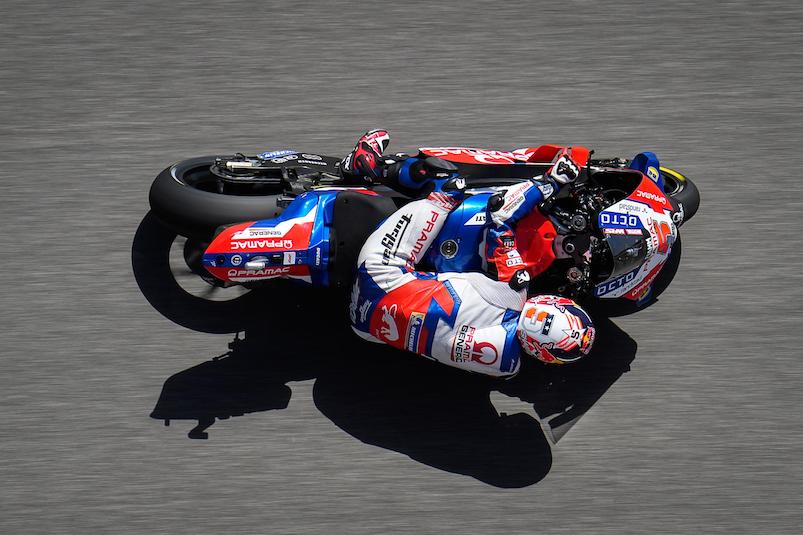 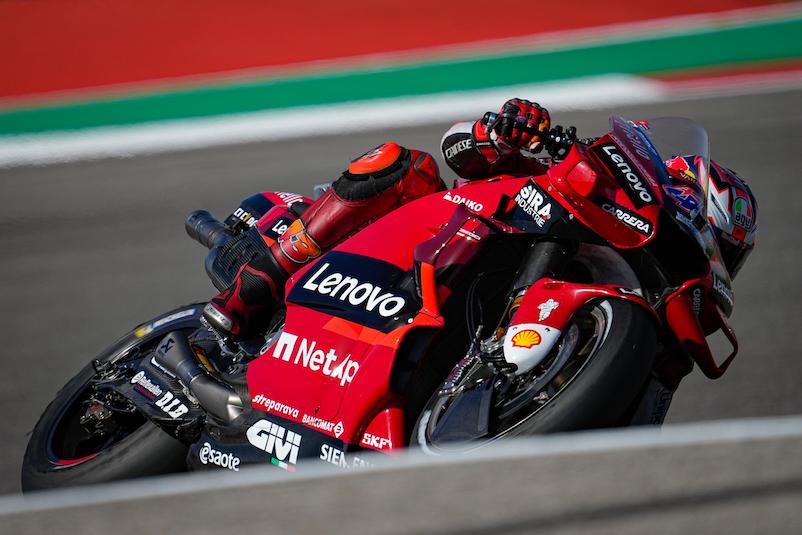 It was a good day for the Italian marque but the World Championship leader has work to do in FP3; Marc Marquez inside top 10 on Day 1

A silky smooth lap at the end of FP2 handed Johann Zarco (Pramac Racing) the number one spot on the timesheets on Day 1 at the Red Bull Grand Prix of The Americas. The Frenchman’s 2:02.542 was plenty good enough to beat Jack Miller (Ducati Lenovo Team) by 0.247s as Fabio Quartararo (Monster Energy Yamaha MotoGP™) picked up P3. Elsewhere, World Championship leader Aleix Espargaro (Aprilia Racing) sits outside the top 10 – work to do for the Argentina GP race winner.

FP1 table topper Alex Rins (Team Suzuki Ecstar) was the first rider to stick some fresh soft rear Michelin rubber in with 22 minutes to go, and his time was a 2:03.030 – half a second faster than anyone else. Miller had sat P1 after a flurry of riders set their personal best times in the early stages of the session, including Enea Bastianini (Gresini Racing MotoGP™), Maverick Viñales (Aprilia Racing) and Francesco Bagnaia (Ducati Lenovo Team), but with 20 minutes to go, there was a new benchmark thanks to a certain number 42 Suzuki.

Bagnaia went to P2 before Joan Mir made it a Team Suzuki Ecstar 1-2 with four minutes left on Friday. But the red sector times were starting to light up the screen. Marc Marquez (Repsol Honda Team) slotted into P2 as Miller returned to top spot by 0.2s, with Viñales going P4. All of a sudden, it was a leading trio of Ducatis as Zarco set the best time of the day, with Bastianini going P3 behind Miller. However, Quartararo was then up into P3, but the Frenchman was nearly three tenths away from countryman Zarco. And that’s how it stayed by the time all the riders had taken the chequered flag; Zarco fastest from Ducati stablemate Miller and Quartararo.

Opening night winner Bastianini had a good day at the office to finish P4, the Italian was 0.3s away from Zarco’s pace, with Rins shuffled down to P5 by the end of the session after going early on his soft tyre strategy. Marc Marquez will take P6 all day long on his return to MotoGP™ action, as we witness a happy Viñales at the end of Day 1 – P7 for Top Gun. Mir, after briefly sitting P2, is currently heading into Q2 in P8 ahead of Bagnaia and Jorge Martin (Pramac Racing) – the two GP22 riders round out that all-important top 10.

That means Aleix Espargaro has work to do in FP3 if he’s to grab an automatic Q2 place in Austin, the Spaniard misses out by a slender 0.015s. Pol Espargaro (Repsol Honda Team) and Brad Binder (Red Bull KTM Factory Racing) – the leading KTM on a tough day for the factory – are the only other riders within a second of Zarco’s scintillating time.

FP3 will be a fascinating watch. With no rain forecast, conditions should allow for some time improvements to be made. Make sure to tune into that at 09:55 local time (GMT-5) on Saturday morning!